Accessibility links
Lifter Puller: Loud, Fast and Out of Control In a perfect rock 'n' roll world, everyone who ever loved the rambling-rogue storytelling of early Bruce Springsteen or Phil Lynott of Thin Lizzy would know about Lifter Puller. The brainchild of Craig Finn, Lifter Puller captured inglorious moments in the club-going pursuit of oblivion.

Lifter Puller: Loud, Fast and Out of Control

Lifter Puller: Loud, Fast and Out of Control 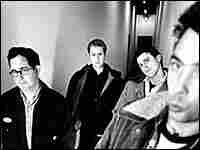 Lifter Puller paved the way for The Hold Steady, and its albums deserve just as much attention. hide caption

How does Lifter Puller differ from the more famous band it spawned? Why hasn't Fiestas + Fiascos attracted a large audience the way The Hold Steady's albums have?

Katrina and the K-Hole 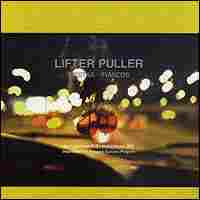 In a perfect rock 'n' roll world, everyone who ever loved the rambling-rogue storytelling of early Bruce Springsteen or Phil Lynott of Thin Lizzy would know about Lifter Puller. The brainchild of singer/guitarist Craig Finn, Lifter Puller captured inglorious moments in the club-going pursuit of oblivion, and set them to snarly, near-heroic art-punk revving. Though Lifter Puller went belly-up in 2000, Finn and guitarist Tad Kubler are still rocking in the same vein as The Hold Steady, and those who've enjoyed the breakthrough 2004 disc Almost Killed Me and the even more spirited new Boys and Girls in America will instantly find something to love inside the gone-before-its-time Fiestas + Fiascos.

It takes some doing to make accounts of getting wasted sound anything but indulgent, and that's where Finn's breathless, mile-a-minute narratives come in. He sings "Candy's Room" (audio), not to be confused with the Springsteen song, as if he's managed to escape the festivities long enough to scrawl down all the faux-profound things his stoned pals just said, except he's not the most reliable narrator himself. As he follows the disaffected youth of Minneapolis on their joyrides, he's specific about the stops — several songs revolve around the club known as the "Nice Nice" (audio) — and the characters present therein. Every partying subculture has a persona like Nightclub Dwight, but few have been rendered with such documentary-style detail. By the time this portraits-in-excess song-cycle is over, Finn himself seems a bit tired of riding shotgun and being swept into Dwight's various dramas, which include drug deals (of course) and interactions with the women he unnerves.

Part of the charm of Fiestas + Fiascos lies in that microscopic perspective: Finn plugs right into a world that's moving fast and possibly out of control, with his wry, withering self-appraisals beaming back to what outsiders would recognize as "reality." His scenes feel real, sometimes hyper-real, and he's not afraid to let the Crazy Janey types who once dominated Springsteen's songs run away with the spotlight for a while. Finn likes his snapshots messy and unresolved: He lets his songs take wild detours in part because he's not aiming for the universal rooftop where Springsteen went to sing about a hungry heart. He just wants to tell stories about his buddies.