Farai Chideya gets the skinny on trans fats from Rovenia Brock, author of Dr. Ro's Ten Secrets to Livin' Healthy.

The Skinny on Trans Fat

Regulations from the Food and Drug Administration require food manufacturers to list trans fats on products that contain 0.5 grams or more of the unhealthy oil. Scott Olson/Getty Images hide caption

Trans fat, which has been shown to increase levels of bad cholesterol, is in the news again. New York City is the latest place that wants to ban trans fat in restaurants, which often use the not-good-for-you oil to make fried foods and baked goods. Denmark and the city of Tiburon near San Francisco have already banished trans fats from all local eateries; other cities like Chicago and Los Angeles are weighing a ban.

Why does the health world hate trans fat so? We talked to two public-health researchers about what consumers need to know about the dastardly shortening. Marion Nestle is the author of What to Eat and a professor in the nutrition department at New York University. Walter Willett chairs the Department of Nutrition at the Harvard School of Public Health.

What it is: Trans fat is made when hydrogen is added to vegetable oil -- a process invented in the late 19th century to help lengthen the shelf life of food products. The added hydrogen also makes frying oil last longer.

Why it's bad for you: Partially hydrogenated oil "raises the bad blood cholesterol (LDL) while lowering the good cholesterol (HDL)," says Nestle. "It's worse than saturated fat because it's introducing something unnatural into the body. There's no reason to have trans fats in food. They're unnecessary, artificial, and demonstrably bad."

Where it's found: According to the Food and Drug Administration, trans fat can be found in products like cookies, crackers, vegetable shortenings, some margarines, snack foods. Just look for the phrase "partially hydrogenated oil" on the label. On Jan. 1, 2006, all food manufacturers were required to label trans fat in their products.

Why it's on the wane in store-bought goods: "Once the FDA required food manufacturers to label their products, everyone managed to find a substitute," says Nestle. And no matter what fat they use, it's not nearly as bad as trans fat, says Willet.

"Even substituted fat would still lead to a reduction in deaths from heart disease," Willet says.

The best deal is switching to an unsaturated fat, which helps lower cholesterol. Manufacturers are slowly beginning to make the switch to these unsaturated fats. Look for monounsaturated or polyunsaturated fats on the label, which indicate healthier oils such as olive, sunflower and soybean.

Surprise! It's still in some store-bought products: If a label says a product has zero grams of trans fat, it's not necessarily true.

Under FDA regulations, "if the serving contains less than 0.5 gram [of trans fat], the content, when declared, shall be expressed as zero." Food products, such as crackers, could contain .49 grams of trans fat and not require a label. You can eat a serving of crackers (from 5-15 crackers, depending on brand and definitely not unusual for snack food) -- and still get trans fat. Two servings that might seem to have 0 trans fat could actually have nearly a gram. And any amount of trans fat –- even in trace quantities -– can increase your chances of developing heart disease.

Waiter, is that a trans fat in my fry? When dining out or buying goods at a bakery, you won't know whether you're consuming trans fats unless you ask. And you won't really know unless, as Willet suggests, you ask to see the label for the fat that restaurants choose for frying. It should not have the words "partially hydrogenated vegetable oil," "hydrogenated vegetable oil" or "vegetable shortening" anywhere on the label.

It might be a little embarrassing for you, but Willet thinks you should persist. "It's really good to do that," he says, "because it helps educate the restaurants, as well. A lot of them don't know they're using trans fat." 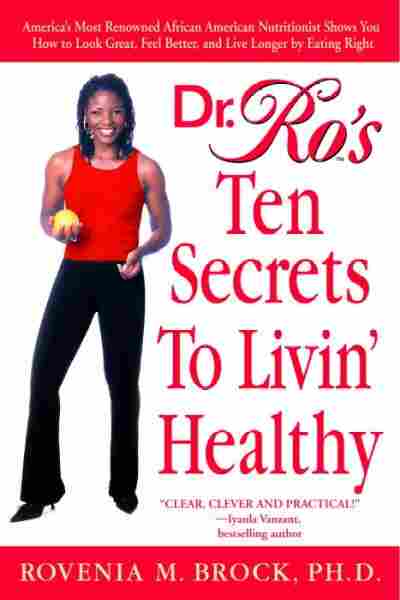 America's Most Renowned African American Nutritionist Shows You How To Look Great, Feel Better, And Live Longer By Eating Right