Accessibility links
The Underground Economy of the Urban Poor In America's poor neighborhoods, there are ways to make a living, but many of them are "off the books." Sociologist Sudhir Venkatesh immersed himself in one Southside Chicago community and discusses his findings.

Listen
The Underground Economy of the Urban Poor

In America's poor neighborhoods, there are ways to make a living, but many of them are "off the books." Sociologist Sudhir Venkatesh immersed himself in one Southside Chicago community and discusses his findings.

Sudhir Venkatesh, Professor of Sociology and African-American studies at Columbia University, NY; Author, Off the Books: The Underground Economy of the Urban Poor (Harvard University Press, 2006)

Excerpt: Off the Books 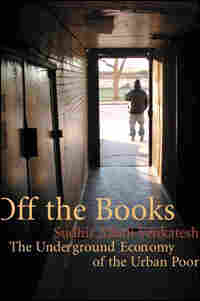 In the early nineties, when I was a graduate student at the University of Chicago, I spent much of my time with families in the Robert Taylor Homes, a poor public housing development on the city's Southside, gathering research material for my dissertation. That research culminated in a book, American Project: The Rise and Fall of a Modern American Ghetto, that documented everyday living conditions in these high-rises, which are now being demolished in the effort to deconcentrate poverty and revitalize inner cities.

Along the way, I was hanging out in the working-poor communities surrounding the housing development. These streets were the epitome of the ghetto—that fabled place in American culture that countless journalists have lamented, almost as many academics have analyzed, and more than a few politicians have promised to fix. These neighborhoods conformed to, but also showed the gross oversimplification of, our stereotypes about the ghetto. They were predominantly African American, but they had a heady mix of homeowners, working- and middle-class residents, the down-and-out, and a few gentrifiers looking for a cheap brownstone to rehab. The region reflected class diversity. A beautiful stretch of rehabbed homes filled with bourgeois families would look across the street at a low-income housing complex, where families lived on less than $10,000 per year, and nearby there could be an entire block of empty, litter-strewn lots where homeless people built small shanties. Commercial corridors filled with low-income retail outlets—currency exchanges, liquor and "dollar" stores, fast-food chains—were slowly attracting the attention of real estate speculators who envisioned large shopping malls and who were resting their bets on rising incomes (or an influx of wealthier families). But in the early and mid nineties, much of Chicago's Southside was still primarily a working-poor black community. Families had been there for generations, living modestly and in a near-continuous state of economic vulnerability.

I was drawn to a community of roughly ten square blocks in Chicago's Southside that I will call "Maquis Park" (most of the names for places and people in this book are pseudonyms). I was particularly interested in Chicago's rich African American history, and Maquis Park was a place where blacks developed much of their social and cultural traditions. It sat at the heart of a "Black Metropolis," a term coined by sociologists in the mid-twentieth century to capture the pulsating spirit of Chicago's Southside black urban region. Entrenched discrimination in real estate and labor markets prevented blacks from moving into, and building their lives in, many of the city's neighborhoods—particularly the predominantly white communities; consequently, diverse African-Americans, from elites to poor southern migrants, shared a common set of neighborhoods and built their lives close to one another, in crowded homes and busy streets. Theirs was a "city within a city."

I came to Maquis Park in the nineties, after many of the middle- and upper-class families had taken advantage of decreasing segregation and moved to other parts of the city. Although there were still some greystones and brownstones, there were also stretches of empty lots and shabby homes, and signs of municipal neglect such as irregular trash pickup and streets in disrepair. Yet even in a compromised physical landscape, there were people everywhere, and I was intrigued by the constant movement. In the early morning or late afternoon, you'd find bus stops and subway stations filled with people on their way to work, just as in any other neighborhood, and cars double-parked outside of schools as parents rushed to drop off their children. In the middle of the day, and late at night, the streets bustled with another group—a mix of those too old to work and those who worked irregularly, if at all. Men and women sat on street corners, in the park, near liquor stores, and they talked, slept, played cards, shared a beer and the day's paper. Some of their faces showed the weariness of a life in poverty. Others seemed to hide it well with laughter and a ceaseless banter with passersby.

I had a burgeoning interest in young people, especially those at the margins, and I was particularly curious about the economic activities of the local gangs in Maquis Park. Chicago's street gangs had been a part of the black community for decades, and Maquis Park was one of the mythic centers of gangland. I was interested in one small part of this history—namely, how the organization came to develop and manage its lucrative drug-trafficking enterprise. I hoped to understand why young people chose this risky path (compared with other, mainstream avenues that might have been available); how they invested, saved, and spent the money they earned; and how a gang dealt with all the conflicts and problems that arose while running a business that was entirely illegal.

The "Black Kings" were the gang that inhabited the streets of Maquis Park. Each day the gang's members went to work. They sold drugs on corners, spent money in stores, held meetings or loitered in parks, and so on. And much of this activity was confined to Maquis Park because gang members generally avoided crossing turf boundaries for fear of being shot or harassed by members of enemy gangs (or unfamiliar residents and police officers). Notwithstanding the powerful images of crime and violence that are often tied to drug trafficking and gang activity, the life of these rank-and-file gang members was actually not so glamorous. They spent much of the day just hanging out together. And much of my time with them involved sitting, hour after hour, inside cars, in alleyways, and on commercial thoroughfares, listening to their conversations or gauging their perceptions of others who passed by.

Perhaps out of the same boredom that my subjects often felt, I found myself walking about and meeting people in the area. I did this for several years and became a familiar face with store owners, restaurant managers, street hustlers, police officers, block club presidents, fathers and mothers, and many others who lived and worked in Maquis Park. With these people I had no scholarly agenda: I was not interviewing them, and I had no interest in observing their activities. When they asked about my presence, I explained that I was writing a book on public housing and, secondarily, making note of gang activity and the broader challenges for troubled youth in Chicago's poor neighborhoods.

My peripatetic behavior drew me to several constellations of people who worked off the books to make money. I found myself returning to several places each week: an alley where an underground car mechanic and his hired hands fixed cars and replaced tires; a restaurant where pimps, prostitutes, independent clothiers, construction foremen, and others passed their days and nights soliciting customers; and a park where local residents tried to shoo away pimps, prostitutes, freelance carpenters, and others who solicited customers there. None of these people lived in the nearby public housing, so they were not officially part of my research at the time. However, I treasured their stories, their histo ries of life in Maquis Park, their views on the O. J. Simpson criminal trial, and their tales of lauded black politicos, from shady local politicians to national figures like Fred Hampton. And so I came back often, sometimes with a question but mostly with a need to sit and listen.

I soon discovered that the seemingly random collection of men and women in the community young and old, professional and destitute—were nearly all linked together in a vast, often invisible web that girded their neighborhood. This web was the underground economy. Through it the local doctors received homecooked meals from a stay-at-home down the block; a prostitute got free groceries by offering her services to the local grocer; a willing police officer overlooked minor transgressions in exchange for information from a gang member; and a store owner might hire a local homeless person to sleep in his store at night, in part because a security guard was too costly. In one way or another, everyone here was living underground.

Reprinted with permission from Harvard University Press and author. 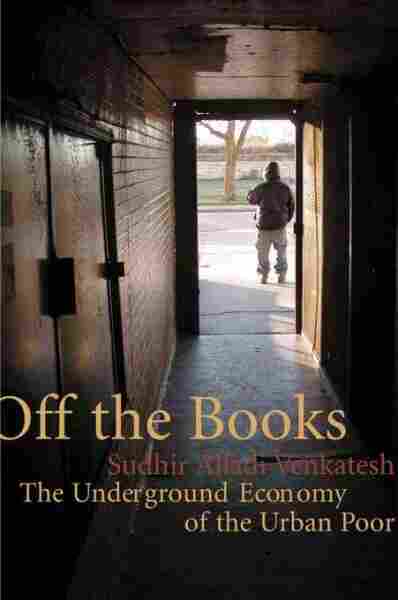