Accessibility links
The Global Economy's 'New Argonauts' The world economy has created a new class of global engineers. AnnaLee Saxenian, the dean of the School of Information at the University of California, Berkeley, has written a new book about this group. Deborah Amos talks to her about The New Argonauts.

The world economy has created a new class of global engineers. AnnaLee Saxenian, the dean of the School of Information at the University of California, Berkeley, has written a new book about this group. Deborah Amos talks to her about The New Argonauts.

The global economy is increasingly demanding a new kind of worker, able to navigate both American business and emerging markets abroad. AnnaLee Saxenian, Dean of the School of Information at the University of California, Berkeley, has observed the trend among engineers in the Silicon Valley. They're immigrants from India, China, and Taiwan, who launch a career here but often go home or even move back and forth, pursuing the best business opportunities.

She calls them, the new Argonauts.

Ms. ANNALEE SAXENIAN (Dean, School of Information at the University of California, Berkeley): They're reminiscent of those ancient Greeks who followed Jason in search of the Golden Fleece. It was a very treacherous and long trip, but the rewards were great wealth. And...

AMOS: And now the fleece is technology.

Ms. SAXENIAN: Exactly. Technology wealth and the development of the markets from new technologies.

AMOS: Now, give us an example of someone, a couple of people, who, you know, came from far away, got a great degree, and is at the top of the pile.

Ms. SAXENIAN: Well, there's now several generations of Argonauts. Let me first talk about one of the older ones. From India there's a named Vinoe Dham, who came to the U.S. and worked for Intel for many years. And he's known in the U.S. as the father of the Pentium processor. And he's decided to go back. He started a venture capital firm that invests in chip design companies in India, as well as here.

Let me see, I could think about a Chinese Argonaut, Carmen Chang is a woman who came to the U.S., was trained at Stanford as a lawyer, went to work for Wilson Sonsini, one of the biggest law firms in Silicon Valley, and started advising Taiwanese firms, who went back to Taiwan and over time has now become the legal advisor also for mainland Chinese startups in Shanghai and Beijing - and very much a part of this network, even though she's a professional service provider.

AMOS: Now, you talk about the Argonauts, about adding brain circulation to Silicon Valley. It used to be that they stayed here. Now they're going back home. So, are there downsides to the United States for this model?

Ms. SAXENIAN: Well, the potential downside, of course, is that we're losing a tremendous skill base. These really were often the best and the brightest from their home countries. So that's a potential downside.

On the other hand, not only have these people historically generated great jobs and wealth here, but when they'd go home they'd build new technology centers that often offer both new markets and often new capabilities in their home countries that complement the skill and the technology being developed here.

AMOS: And as the economy becomes even more global, how valuable are these people to American companies who are trying to break into markets?

Ms. SAXENIAN: These people are really, hugely valuable to American companies, because, and you've seen over and over again, American companies value the people who have this bilingualism, who can work in the China market and in the U.S. market, who have not just the technical know-how and the business know-how, but also the institutional and cultural and linguistics skills. It's not easy to do business in Shanghai if you're an American technologist. So, these people will really capture a premium in the global markets.

AMOS: Thanks very much. AnnLee Saxenian is the Dean of the School of Information at the University of California, Berkeley. Her book is called, The New Argonauts: Regional Advantages in a Global Economy. 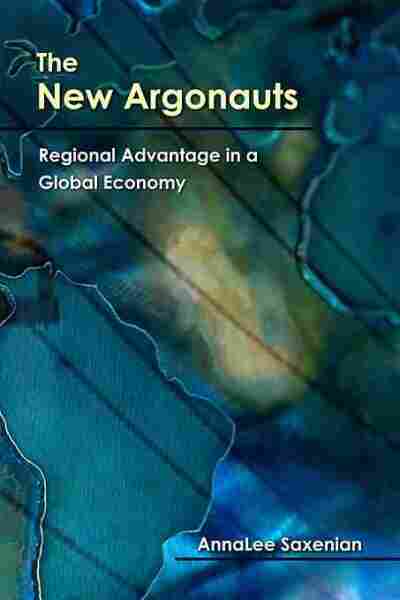 Regional Advantage in a Global Economy