'Take Your Clothes Off When You Dance' 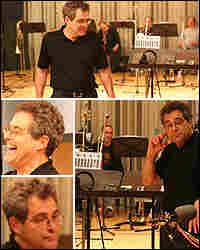 Ed Palermo brought more than a dozen members of his Big Band into NPR's Studio 4A. Geoffry Wharton for NPR hide caption 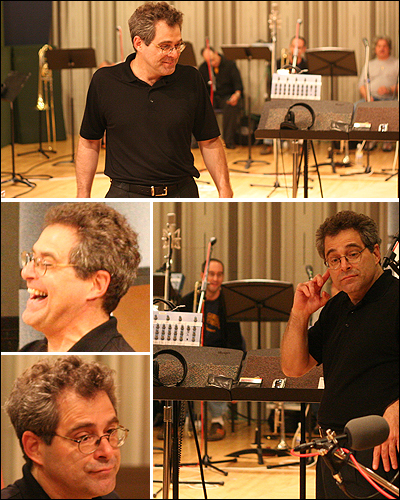 Ed Palermo brought more than a dozen members of his Big Band into NPR's Studio 4A.

Frank Zappa's musical compositions were crazy, complex and often profane. And they were marked by more than a spark of genius.

The same artist who amused early fans with the lyrical advice "watch out where the huskies go, and don't you eat that yellow snow," was later commissioned to write for string quartets, orchestras and wind ensembles.

Zappa's work was championed by many musical notables, including composer and conductor Pierre Boulez. Former Czech President Vaclav Havel asked Zappa to be a cultural adviser.

Ed Palermo first saw Zappa perform in 1969. Since the musician's untimely death in 1993, Palermo has arranged some 150 Zappa tunes for The Ed Palermo Big Band.

The arrival of Take Your Clothes Off When You Dance, the Big Band's latest CD, prompted a recent visit by Palermo and more than a dozen band members to NPR's Studio 4A for a performance -- and a conversation with Andrea Seabrook.