Accessibility links
Keith Jarrett's Transfixing Tour de Force A collection of miniatures brought to life via multi-tracking, Spirits finds Jarrett using a total of 18 instruments to bring simple, sometimes folk-song-like melodies to life. He plays everything himself, including hand drums and soprano saxophone. 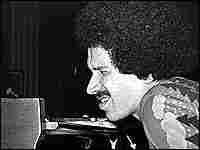 Do these pieces sound like the work of the same artist who created The Koln Concert? What other entries in Jarrett's vast catalog have been unfairly overlooked? 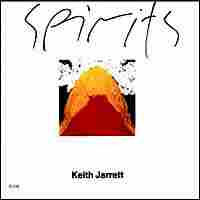 In late September, Keith Jarrett released The Carnegie Hall Concert, an evening of stirring improvised inventions recorded last fall. Unlike the pianist's marathon solo works from the '70s (The Koln Concert, from 1975, is the most popular), this one is less an extended exploration than a series of discrete smaller works. Its focus, and concision, hearkens back to several of the most experimental (and unfairly disregarded) albums in the large Jarrett discography, among them a transfixing two-disc vision quest called Spirits — recorded between May and July 1985 by Jarrett alone in a studio in New Jersey.

A collection of miniatures brought to life via multi-tracking, Spirits finds Jarrett using a total of 18 instruments to bring simple, sometimes folk-song-like melodies to life. He plays everything himself, including hand drums and soprano saxophone. There's piano, too, but it's often used in the background, as an anchor: A wisp of almost Metheny-esque optimism, the theme of "Spirits 2" (audio) is played by recorder and Pakistani flute in unison. The melodies are easy to discern, and at times exhibit a churchgoing, solid-citizen steadiness. Often, as is the case on "Spirits 20" (audio), Jarrett surrounds the theme with odd atmospheric whispers or drones, multi-tracking until what began as a fairly straightforward declaration acquires an aura of mystery. Those expecting extended solos in the style of his solo piano concerts will be surprised: Most of the tunes have no improvisational passages at all. One that does, the percussive "Spirits 13," finds Jarrett issuing spare, birdlike flute phrases as a counterpoint to the rhythm.

Those familiar with Jarrett as a pianist will appreciate the chance to hear him develop music in situations where his facility is limited. He's not an accomplished flute player, for example, but his lines are played with deep commitment and an almost primal fire — it turns out he's just as compelling when he's grasping for a simple, clear thought on an unfamiliar instrument as he is unloading some major pianistic run-on sentence. By putting each color onto the canvas himself, the pianist and composer drives this point home: Spirits is Jarrett going to places where virtuosity can't help him, where he has to chant and pray rather than dazzle. The simple vocabulary reconnects him with essential illuminating aspects of his art — those sweeping landscapes and childlike outbursts of pure joy that sometimes get lost inside his more accomplished musings.