Accessibility links
The Answers to Our Snicket Quiz (Don't Cheat!) Pencils down. It is now time to review the answers to our fiendishly difficulty Lemony Snicket quiz, designed to prepare readers for Book the Thirteenth.

The Answers to Our Snicket Quiz (Don't Cheat!)

The Answers to Our Snicket Quiz (Don't Cheat!)

1. Who lives next door to Count Olaf and why does she wear a robe to work?

Answer: Justice Strauss is a high court judge who lives next door to Count Olaf. She wears a robe because she’s a judge, not because she’s happier in her pajamas.

2. Should the Baudelaires be scared of the Incredibly Deadly Viper?

Answer: Never! Despite its lethal name, the incredibly friendly snake wouldn’t hurt a flea, a mouse or a small infant with sharp teeth.

3. Lousy Lane smelled like it. In Book the 13th, it plays an important role. What is it?

4. On what lake are the Baudelaires stranded during Hurricane Herman?

Answer: The Baudelaire children are stuck on a capsizing sailboat in the middle of Lake Lachrymose.

Answer: Aunt Josephine, who cared more about grammar than she does about Baudelaires, would be mortified to see the word 'ate' in the sentence about her death, although that's exactly how she died. The leeches ate her.

6. Who runs circles around Couch Genghis so Violet and Klaus can study for their comprehensive exams?

Answer: Isadora and Duncan Quagmire of the Quagmire Triplets. (The third, Quigley died in a fire with their parents.)

7. Why must the Baudelaires take the stairs at 667 Dark Avenue?

Answer: Esme decides that elevators aren't "in" and uninstalls the one in her building.

8. Count Olaf’s weapons of choice are fire and harpoons. Who are the harpoon victims in The Village of Fowl Devotees?

Answer: The Quagmires are hit by a harpoon, but luckily, they survive.

9. Who works as a fortune teller at the Caligari Carnival?

Answer: Madam Lulu is the fortune teller at the Caligari Carnival.

10. In what freezing-cold organization do members wear snowflakes on their white uniforms and pledges to be "calm, darling, emblematic, frisky, grinning, and human," among other things?

11. What is the name for "a single spore has such grim power/That you may die within the hour" and what is the antidote?

Answer: Medusoid Mycelium is the deathly poison; a bitter herb like wasabi or horseradish can render -- which here means "stop from slowly choking you to death" -- the poison useless.

12. Lemony Snicket's sister Kit is in love with this man, who is impaled by a harpoon.

Answer: Kit Snicket and Dewey Denouement are in love but Dewey meets his end after a harpoon goes through his chest. How unfortunate.

13. How many languages does Sunny speak?

Answer: By our count, nine: English, Spanish, French, German, Hebrew, Russian, Chinese, Japanese and, in case all else fails, Esperanto.

BACK TO THE QUESTIONS 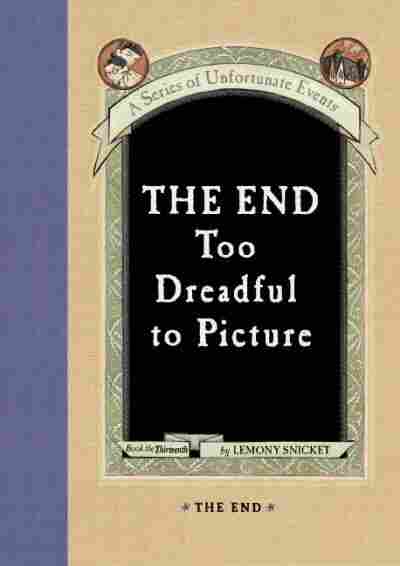