Accessibility links
Sting's 'Labyrinth': 16th Century Pop Music Refined Elizabethan music might not come to mind when you think of Sting. Think again. The rock star has released Songs of the Labyrinth, a new CD of songs for voice and lute by John Dowland, one of that era's most important composers. 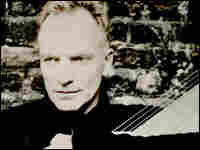 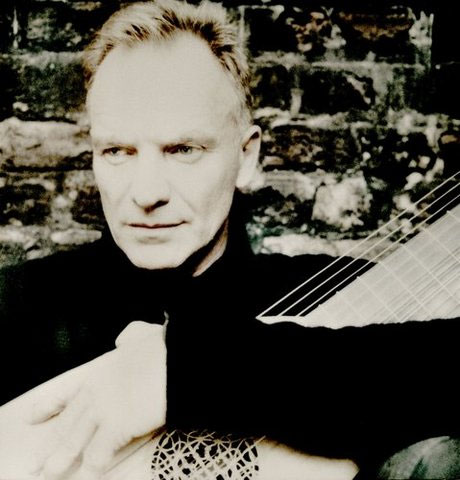 Music from the CD

Can She Excuse My Wrongs

Have You Seen the Bright Lily Grow

What's 'Diabolical' About Learning to Play the Lute?

Refined Elizabethan music might not come to mind when you think of Sting.

The rock star has released Songs of the Labyrinth, a new CD of songs by John Dowland, one of the Elizabethan era's most important composers. It's a collection of songs for voice and lute — a stringed instrument that was popular in the 16th century.

John Dowland's songs are usually performed by highly trained classical musicians. And Sting admits he's not one of them. But so far, the CD is getting pretty good reviews.

It turns out Sting has been "haunted" by Dowland's music for more than 20 years. His interest in the composer grew even more intense when he was introduced to Edin Karamazov, a lutenist from Bosnia. The two spent about a year delving into Dowland's music together.

Even though these songs were written long before Billboard charts and Top 40, Sting says he's treating them like pop songs. He calls Dowland the first English singer/songwriter we know of.

"He kind of invented the form — the alienated singer/songwriter," Sting says.

It makes sense that the "king of pain" is attracted to Dowland. The composer is perhaps best known for hypnotic songs that are full of anguish, with titles including "Flow My Tears," "In Darkness Let Me Dwell" and "Come, Heavy Sleep."

Sting: 'Songs from the Labyrinth'
Sting.com