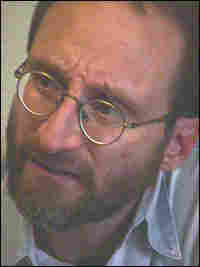 In Seattle, 35 families have just moved into a one-of-a-kind public-housing project. It's called Breathe Easy Homes and it's designed for people with asthma.

As Seattle set out to demolish and rebuild a public-housing complex, community activists lobbied for asthma-free homes. And they got them, thanks in large part to Dr. Jim Krieger, Chief of Epidemiology, Planning and Evaluation for the Seattle King County Public Health Department.

The graying and bespectacled Krieger thinks of himself as a social doctor working to address disparities in health and health care.

It is often triggered by mold, mildew, poor ventilation and cockroaches, all of which are in abundance in substandard housing.

And, says Krieger, even if people clean and scrub religiously, they can't escape their home environment.

To reduce asthma triggers, Krieger came up with a long list of features to incorporate into the Breathe Easy homes, including a moisture-proof foundation to keep the mold out, and cleaner, low-emission paints that don't emit harmful fumes. The cabinets in the kitchen are particle board but the products don't contain formaldehyde, another potential asthma trigger. There's a high-quality ventilation system, hard floors instead of carpet and special exhaust fans in the kitchen and bathroom.

All off these features add just a few thousand dollars to the cost of the home, less than a single overnight hospital stay for an acutely ill child.

No detail was left to chance in the project. Homes are equipped with washing machines so residents can wash bedding more easily. Residents are provided with mattress covers to prevent dust mites, and special cleaning supplies and a high-efficiency vacuum. Community health workers, who play a key role in the program, teach the residents how to use the supplies.

It's not surprising that colleagues often refer to Krieger as smart; both his parents were academic physicians, and intelligence was valued at home.

Krieger grew up on New York's Upper East Side in an affluent home; Spanish Harlem was just a few blocks away. The difference in the quality of life between the "haves" and the "have nots" was, he says, "in my face right from the get-go."

Krieger says his parents probably assumed he would go to medical school after graduating from Harvard. But he didn't. He became a Vista Volunteer instead because he wanted to work on social issues in a more direct way.

Guided by a physician mentor, Krieger began to see that getting an M.D. was a means to bring about social change. Krieger's younger sister, Nancy, chose a slightly different route. She's a professor of society, human development, and health at the Harvard School of Public Health.

Jim Krieger says that his work in Vista as well as his work with immunizing children in rural Nicaragua showed him what could be accomplished when doctors, the community and the government work together.

Those experiences indelibly shaped his perspective. But what you can do in a clinic, he says, is limited. You have to address the underlying social causes of disease.

Krieger's approach is a bit of a throwback to the late 19th century, when public-health officials worked to improve living conditions in New York City tenements. In the past half century, public health has moved away from many social issues, but the man who thinks of himself as a social doctor hopes and believes that the pendulum is swinging back.