Accessibility links
Blogger Jailed for Refusing to Turn Over Video Josh Wolf has spent more than two months in prison for refusing to turn over to federal prosecutors unedited video he shot of a protest. Prosecutors say the footage could help produce witnesses to a crime. Wolf says he's a journalist who shouldn't be forced to turn over material.

Listen
Blogger Jailed for Refusing to Turn Over Video 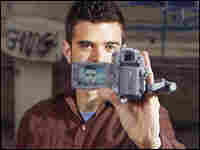 Blogger Josh Wolf, 24, has spent more than two months in a California prison for refusing to turn over video he shot of a demonstration to federal prosecutors. hide caption

Journalism has a long tradition of scribblers who've gone to jail — or faced the threat of it — because of their work. Some have even lost their head. Scroll down to read a timeline of journalists and jail time.

Federal prosecutors want video footage that Josh Wolf recorded at a demonstration in San Francisco in July 2005. Wolf says he's a journalist who shouldn't be forced to turn over his work. A blogger who once described himself as "an artist, an activist, an anarchist and an archivist," Wolf has now spent more than two months in a California prison for contempt of court.

Wolf is 24 years old, with big black sideburns and hipster glasses. He mostly covers left-wing activism. Sometimes he sells his footage of rallies and protests to local TV stations, which he refers to as "the corporate media."

The video that landed him in jail shows protesters in San Francisco rallying against a global economic summit. Many of the demonstrators are masked and call themselves anarchists. In the edited footage that Wolf posted on his Web site, protesters drag newspaper boxes into the street and spray paint the side of a bus. His video also shows a police officer wrestling a man to the ground.

The request for Wolf's unedited footage came as part of a federal investigation into an alleged assault on an officer and an attempt to set a police car on fire at the July demonstration. Wolf refused. He said he doesn't have any relevant footage.

What he does have, according to his attorney, Martin Garbus, is footage of demonstrators taking off their masks and identifying themselves. Garbus believes his client is being forced to serve as an arm of the government.

"It's an extension of the government's attempt to get at dissent in the society," Garbus says. If the government learns who the demonstrators are, he says, they will surely be closely watched.

Prosecutors emphasize that the people in the extra footage could be useful witnesses in the investigation of crimes committed during the demonstration.

"The taxpayers expect that people who commit crimes are investigated," says Luke Macaulay, a spokesman for the San Francisco U.S. attorney's office.

If the case had been prosecuted in state court, Josh Wolf might have been able to invoke the shield law that California offers for reporters. But a federal grand jury is handling the case, and there is no federal shield law for journalists.

There are also questions about whether bloggers are journalists at all. If they aren't, they would not be eligible for any sort of shield law. But the judge hearing Wolf's case said he didn't need to address that question, because federal courts don't have a law that protects journalists from being forced to turn over materials.

Wolf says he'll stay in prison indefinitely rather than surrender his video footage. That could keep him behind bars until the grand jury's term expires next July. 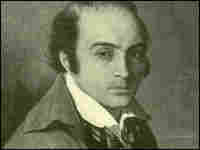 Poet and political journalist André de Chénier (above) criticized the French Revolution, and paid the ultimate price: his head. By comparison, former New York Times reporter Judith Miller (below), who spent 85 days in jail for refusing to reveal a source, got off easy. 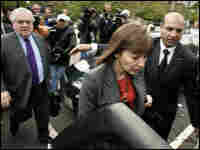 The Founding Fathers had good reason to enshrine the right to a free press in the Bill of Rights. After all, they themselves had risked prison or worse by distributing political pamphlets and writings against King George III.

But how free is it? Just ask Judith Miller, the New York Times reporter who spent nearly three months in jail. She was held in contempt of court when she would not reveal her source for the leak about former CIA agent Valerie Plame. Indeed, in recent years, there have been several high-profile cases involving U.S. journalists threatened with subpoenas -- not to mention those abroad who've landed on the wrong side of a jail cell.

Here, a look at noteworthy cases of journalists, past and present, who've had brushes with the law:

Perils of the Past

1735: In pre-revolutionary America, publisher and journalist John Peter Zenger is hauled before a court for libel. He opposed the policies of New York's royal governor, Sir William Cosby, and regularly published articles against Cosby. His acquittal is an important victory for supporters of freedom of the press.

1794: French poet and political journalist André de Chénier is arrested during the French Revolution for criticizing the new Republic. He faces a fate worse than jail: Madame Guillotine.

1819: British journalist Richard Carlile is sentenced to three years in jail and fined £1,500 for acts of blasphemy and sedition against the Church of England and the British government. He had published: Thomas Paine's pamphlets "The Rights of Man," "The Age of Reason" and "Common Sense," which found a fervent audience in America.

1881: Irish nationalist and journalist William O'Brien, the editor of the weekly paper The United Irishman, is arrested numerous times by the British government for promoting an independent Ireland.

2001: American author and freelance journalist Vanessa Leggett spends a record 168 days in a federal detention center in Houston for refusing to turn over research notes on a true-crime book that she is working on. She claims that she has a journalist's privilege of confidentiality toward her sources; federal prosecutors argue that Leggett is not a reporter and, thus, does not fall under the protection of the First Amendment.

2005: New York Times reporter Judith Miller spends 85 days in jail for refusing to testify in a grand jury investigation. The high-profile case sparks new debate about the extent to which the First Amendment protects journalists.