Accessibility links
Republicans Aim to Reverse Negative Poll Trends Ken Mehlman, the chair of the Republican National Committee, is focused on raising and spending money in the final weeks before congressional midterm elections. With slumping polls, scandals and a deadly month in Iraq, Republicans find themselves on the defensive.

Ken Mehlman, the chair of the Republican National Committee, is focused on raising and spending money in the final weeks before congressional midterm elections. With slumping polls, scandals and a deadly month in Iraq, Republicans find themselves on the defensive. Mehlman speaks with Steve Inskeep.

Elections Loom; Now Is the Time for Negative Ads

Elections Loom; Now Is the Time for Negative Ads 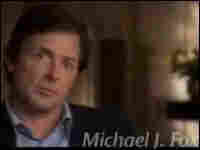 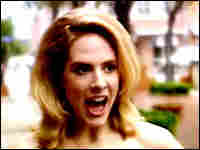 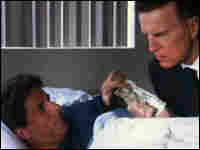 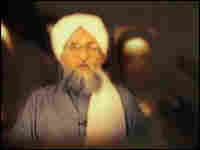 The election is less than two weeks away in a year when control of the House and Senate is at stake. One campaign tool that gets rolled out every election year at this time is the shocking campaign ad, and this year is no different. Just when you think you've seen it all, political consultants come up with new ways to call their opponents scum.

In Tennessee, the Republican Party has run an ad against Democract Harold Ford, an African American, that is so loaded with innuendo that even Ford's Republican opponent denounced it.

In the ad, a blonde coos into the camera, "I met Harold at the Playboy party."

John Geer, a political science professor at Vanderbilt University, says the commercial "makes the Willie Horton ad look like child's play." Geer, who studies the effectiveness of political ads, calls this one a new low.

"It's raising the race card and playing it through the use of old-style fears about interracial couples and interracial relations. I've never seen anything like this," Geer says.

In a much more subtle -- but just as devastating -- ad by the Democrats, actor Michael J. Fox sways and twitches with the effects of Parkinson's disease while he speaks in support of stem cell research.

If these and the hundreds of local ads like them are to be believed, politicians in America are tax-and-spend, sex-crazed criminals who want to take medicine away from sick people.

But Vanderbilt's Geer says that negative ads don't seem to be responsible for the American public's distrust of politicians. In fact, he says, most negative ads serve a noble purpose: They are actually more substantive than positive ads.

"If you want more issues, the issues to be more specific, the issues to be documented," Geer says, "it turns out negative ads have that more than positive ads" -- which often feature warm and fuzzy images of candidates and their families, or a vague appeal to values and security, Geer says.

But Geer also notes that negative ads haven't been shown to be any more effective than positive ones. In the end, it comes down to how much an ad is repeated, and how well it grabs voters' attention.