Accessibility links
Poll Shows Rural Voters Shifting to Democrats There's new evidence that congressional Republican incumbents are losing critical support. Rural voters have been a key part of the Republican base for at least a decade. But a new survey indicates a rural shift to Democrats, with the election less than two weeks away.

The Battle for the House 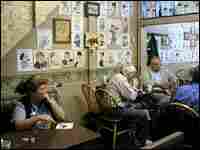 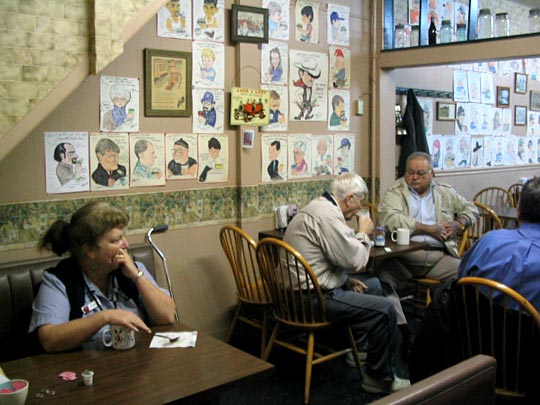 The poll was conducted for the non-partisan Center for Rural Strategies, a Kentucky group working to attract attention to rural issues.

This is a dramatic shift from a similar poll conducted last month. At that time, the rural voters polled split the congressional vote evenly.

"This is not encouraging information for Republicans," says Bill Greener, the Republican political consultant who supervised and analyzed the bipartisan poll. "And I think that to pretend otherwise is not helpful."

A Less Enthusiastic GOP Base

"Rural voters tend to be a core electorate for Republicans and they need their base voters to turn out and turn out big for them if they are going to stay in this race," Greenberg says.

She notes that the poll found Democrats more enthusiastic about supporting their candidates.

"The fact that rural voters are trending Democrat and we're seeing less enthusiasm among Republicans in rural areas is not good news for Republicans."

The survey detected an eight-point shift in party preference for Senate candidates. Rural voters in Pennsylvania, Montana, Ohio, Missouri, Minnesota and Tennessee indicated they favored Democratic candidates 47 percent to 43 percent. That reverses the results in a similar poll last month.

'Not Happy with the War'

The poll also detected elevated concern about the war in Iraq. Sixty percent of the respondents supported a statement calling for return of American troops next year. Thirty-eight percent named the Iraq war as one of their top issues, an increase of 10 per cent in the last month.

Indiana's 9th congressional district has one of the closest races in the country and it was included in the poll. Incumbent Republican Mike Sodrel is in a very tight race with Democrat Baron Hill. Sodrel ousted Hill from the seat two years ago in race decided by one-half of one percent of the vote.

The new poll's sample size in Indiana's 9th District is too small for statistical significance, but random conversations with several voters there illustrate sentiments captured in the survey.

Donna Saylor is a postal worker in Madison, Ind., a town on the Ohio River between Cincinnati and Louisville. She considers herself an independent voter who crosses party lines to vote for candidates she considers best. Rural independents have been important to the Republican majority in rural places in recent elections. Saylor won't disclose her choice for the upcoming election, but she says health care costs and the war in Iraq are among her top issues.

"I'm not happy with the war," Saylor notes, as she sips her morning coffee at Hammond's Family Restaurant in Madison. "If Bush wants the war," she adds, "send his family, too. You know, when he gets his family over there, maybe he'll change his attitude."

The war is also a major issue for Bill Austin, a carpenter in Madison, and a regular at Hammond's.

"Bring the boys home," he says.

The economy is also a key issue. Austin complains about a big jump this week in gasoline prices. "It's eating everybody's pocketbook. It's costing more for everything."

Austin says he's both independent and moderate. He says he "votes the man," supporting both Republican and Democratic candidates. But this year, for the first time ever, Austin won't support a single Republican.

When asked if that's a vote against the Republican leadership, Austin responds, "Yes, in general, I would say that. They're not doing their job."

The poll also found that rural voters more strongly committed to Republican ideals are unenthusiastic about voting Republican now. Scientist and teacher Brian Cox counts himself as one of the disenchanted, citing the economy, the growing federal budget, and what he calls a general malaise in a party in power too long.

"Bad things happen (when a single party dominates)," Cox says. "It happened with the Democrats. It will happen with anyone."

Indiana's 9th congressional district has strong Democratic traditions. But Democrats here can be social conservatives who leave the party over abortion, gay marriage and other moral issues. Urban refugees from Louisville and Cincinnati have made the district more Republican. It has become a political battleground withy very close contests in the last two congressional races.

"This district is one that long-term is... perceived as moving in a Republican direction. So, the fact that it's backtracked in some ways really sends a message nationally that the Republican message is not resonating well in middle America."

There's one ray of Republican hope in the poll. Half of those surveyed didn't blame the nation's problems on their incumbent member of congress. And most of the districts surveyed have Republican incumbents. President Bush is scheduled to visit this Indiana district Saturday to rally Republicans.