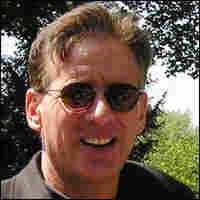 Hear Rob Fleder read an excerpt from Roy Blount Jr.'s essay, 'How Does It Really Feel?'

Editor Rob Fleder theorizes that the gridiron game was often neglected by writers because "glamour teams from the rag tag world of football were from places like Green Bay and later Baltimore..." instead of New York.

But "as football became America's sport, somewhere around the '60s, it started to attract better and better group of writers."

The book collects essays by some people you might expect to find -- George Plimpton, David Halberstam and Frank Deford, for instance -- and some you might not, such as Don DeLillo and Jack Kerouac. 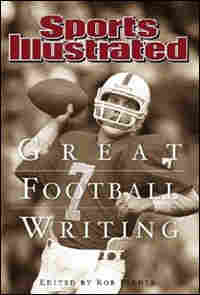 On Dec. 7, 1941, the Redskins and Eagles played a football game, not knowing that the U.S. had joined the rest of the world at war.

Everyone in Washington, D.C.'s Griffith Stadium that day knew his role. The wives walked in together, chattering like a flock of birds. The 27,102 fans shoved through the turnstiles, ready to shout and clap, to watch and feel. The press box filled with reporters, prepared to scribble their notes.

On the field the players tried to keep warm. Some were stars, some weren't. It was the final pro football game of the season for the Washington Redskins and the Philadelphia Eagles. It was quite cold. People stamped their feet. They could see their breath.

No one was thinking yet about Pearl Harbor. Kickoff was at 2 p.m. -- 9 a.m. in Hawaii. Bombs had already fallen on the U.S. fleet, men had died, war had come. In the stands, no one knew: The game was still everything.

Philadelphia took a 7–0 lead on its first drive. Then announcements began to pour out of the P.A. system. Admiral Bland is asked to report to his office.... Captain H.X. Fenn is asked to report.... The resident commissioner of the Philippines is urged to report.... "We didn’t know what the hell was going on," says Sammy Baugh, the Redskins' quarterback that day. "I had never heard that many announcements, one right after another. We felt something was up, but we just kept playing."

Only the boys in the press box had any idea. Just before kickoff an Associated Press reporter named Pat O'Brien got a message ordering him to keep his story short. When O'Brien complained, another message flashed: The Japanese have kicked off. War now! But Redskins president George Marshall wouldn't allow an announcement of Japan's attack during the game, explaining that it would distract the fans. That made Griffith Stadium one of the last outposts of an era that had already slipped away.

The crowd oohed and cheered. When the game -- and season -- ended with Washington a 20–14 winner, a few hundred fans rushed the goalposts. No one took much notice of Eagles rookie halfback Nick Basca. He hadn't played much all year, making his mark mostly as a kicker and punter, and on this day he'd converted just two extra points. Baugh, with three touchdown passes, was the game's hero.

Then everyone walked out of the stadium: the wives, the future Hall of Famer, the crowd. Outside, newsboys hawked the news. The world tilted; football lost all importance; roles shifted. Women began fearing for their men. Reporters and fans would be soldiers soon. The world would not be divided into players and spectators again for a very long time. "Everybody could feel it," Baugh says.

Baugh went home to Texas and waited for a call from his draft board that never came; he was granted a deferment to stay on his ranch and raise beef cattle. During the war he flew in on the weekends for games.

Nick Basca, meanwhile, had played his final game. A native of tiny Phoenixville, Pa., and a standout at Villanova, Basca enlisted in the Army three days after Pearl Harbor with his younger brother Stephen, who left Europe with three Purple Hearts. Nick was piloting a tank in Gen. George Patton's celebrated Fourth Armored Division in France, when, on Nov. 11, 1944, the tank hit a mine and was blown apart.

In later years no one talked much about Nick's short pro football career. Then, in 1991, 50 years after events had rendered it meaningless, that game between Philadelphia and Washington became everything again. Stephen Basca Jr. says, "My father was lying 60 miles away in a hospital bed when Nick was killed. They recorded on his chart that he had gotten up screaming about the time Nick's tank blew up. [In 1991] my father and I were sitting watching TV, and they showed a clip of that old game. My dad froze in his chair. It was the first time I’d ever seen him cry."