Accessibility links
Exploring the Language of Post-Sept. 11 U.S. Policy Within weeks after Sept. 11, such terms as "jihadist" and "war on terror" entered the American English lexicon. Understanding the political impact of that language may shed light on some of the geopolitical fractures that have come to define the early 21st century.

A Five-Part Series on the Political Lexicon of Our Times 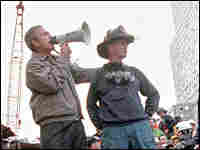 President Bush speaks to rescue workers at Ground Zero a few days after the attacks of Sept. 11, 2001. In the wake of the attacks, a slew of new terms with political implications -- including jihad and Islamofascism -- entered the American lexicon. Getty Images hide caption 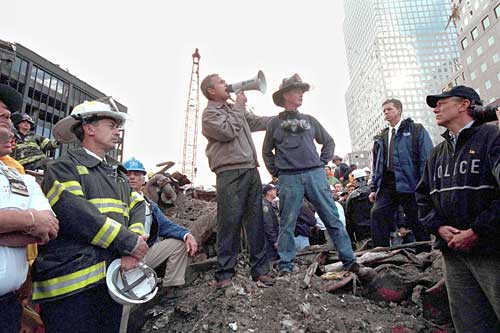 President Bush speaks to rescue workers at Ground Zero a few days after the attacks of Sept. 11, 2001. In the wake of the attacks, a slew of new terms with political implications -- including jihad and Islamofascism -- entered the American lexicon.

Series Overview: Every political generation spawns a new set of terms — ideas, words, rhetoric to help explain, simplify, advance or destroy a cause. In a five-part series, Guy Raz explores the political language of our times. Below, political thinkers comment on some of the terms explored in our stories:

Khaled Abou el Fadl teaches Islamic law at UCLA and is the author of The Great Theft: Wrestling Islam from Extremists. He argues that using the term "jihad" to describe al-Qaida extremists "slanders" the theological concept of jihad and alienates many Muslims.

Hear Fadl on the Spiritual Meanings of Jihad

Military historian Mary Habeck, author of Knowing Thy Enemy, says that the people who call themselves "jihadis" believe they are engaging in a just war — and they've been successful in convincing other Muslims of this.

Hear Habeck on the Term 'Jihadi'

Paul Berman, a prominent liberal intellectual and senior fellow at the World Policy Institute, is the author of Terror and Liberalism. He says that radical Islamists have something in common with fascist movements of the past.

Islamic history professor Douglas Streusand says that there are totalitarian leanings in al-Qaida's stated goal of restoring the Caliphate.

Former Pentagon adviser Richard Perle, a neoconservative who advocated for regime change in Iraq, says "war" is the appropriate term to use in the struggle against Islamic extremists.

Hear Perle on the 'War on Terror'

Historian Niall Ferguson, of Harvard and Oxford, is the author of The War of the World: Twentieth-Century Conflict and the Descent Of The West. He says Americans don't like to acknowledge it, but the United States has become an empire "despite its own best wishes."

Francis Fukuyama, an academic and author of America at the Crossroads, became famous for his idea that the end of the Cold War marked the triumph of liberal democracy. That philosophy helped underpin neoconservative arguments for a U.S. policy aimed at spreading democracy across the Mideast. But Fukuyama says he's been misunderstood.

Hear Fukuyama on the Problems with Democracy in the Mideast

The impact of Sept. 11, 2001, forced America to engage in a kind of national "cramming session." Within weeks, such terms as "jihadist" and "war on terror" entered the American English lexicon. It wasn't long before Islamic extremists became "Islamofascists," and within months, America's publicly-stated Middle East policy became one of "democracy promotion."

All of these words and terms are understood in a variety of ways, both at home and abroad. What isn't clear is the extent to which these different interpretations affect practical policy.

The idea behind this series is to explore five terms that have gained new prominence in our lexicon since Sept. 11 -- how they are used in different contexts, and their impact on policy or discourse.

Take "jihadist," for example. To most non-Muslim Westerners, a jihadist would be defined as an Islamic extremist who uses violence for religious reasons. Indeed, built into the 7th century notion of jihad is the idea of warfare. But it's not so simple, because Islam treats violent jihad as a regulated endeavor, governed by very strict laws of conduct.

Then there's the other problem: Jihad has a multiplicity of meanings -- so many layers, in fact, that its meaning lies largely in the mouths of those who use it.

Professor Douglas Streusand says that's why U.S. officials should stop using the term altogether. Streusand is an Arabic and Farsi speaker with a doctorate from the University of Chicago. He teaches Islamic history at the Marine Corps Staff College in Quantico, Va. In a paper written for and circulated among top military brass in the Pentagon, Streusand argues that describing Islamist militants and insurgents in Iraq as "jihadists" is hurting U.S. policy.

Why? Because according to Streusand, "for a Muslim, jihad is a good thing. It literally means striving in the path of God." By describing insurgents or terrorists as "jihadists," he argues, we imply we are fighting meritorious Muslims. To make the point clearer, he says it would be as if al-Qaida called its enemies "freedom."

His suggestion? Use Islamic legal language. The term he suggests is "hirabah" -- literally, an unjust form of warfare.

Not everyone agrees with Streusand's argument. And clearly, U.S. policymakers, including President Bush, use the word "jihadists." Yet Streusand says that changing the language ever so slightly may have a beneficial impact on public opinion in the Islamic world.

Ultimately, the use (or misuse) of language is not going resolve the conflict taking place. A resolution requires something far more substantive, whether diplomatically or militarily. But perhaps by understanding the impact of that language, we can begin to repair some of the geopolitical fractures that have come to define the beginning of the 21st century.

Consider the term "Islamofascism," which the president and policymakers began using last fall. From their perspective, the term equates the struggle against terrorism with past struggles that pitted liberalism against totalitarianism. Indeed, in English the word "fascism" has become a synonym for something bad, rather than a description of specific ideology or form of government. The very term imparts a sense of urgency.

But Khaled Abou el Fadl, who teaches Islamic law at UCLA, believes this term is a linguistic red flag. In his view, the word combines Islam and fascism -- in effect, marking all Muslims as "the enemy." Even if there are elements common to al-Qaida and the traditional fascist movements of the 1920s and '30s, he argues that that the term "Islamofascism" is too broad to make that point. He would prefer something more specific, such as "fascist-like al-Qaida extremists" -- a term he thinks most Muslims would accept. Such a change in language, he says, might make it easier for Muslims to see U.S. policy not as an attack on Islam, but as a struggle against a common enemy. 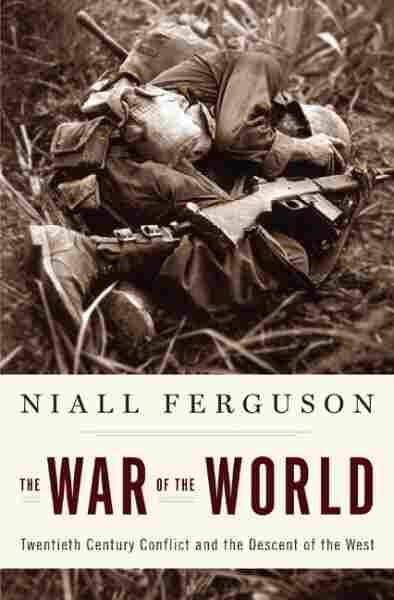 The War of the World

Twentieth-century Conflict And the Descent of the West 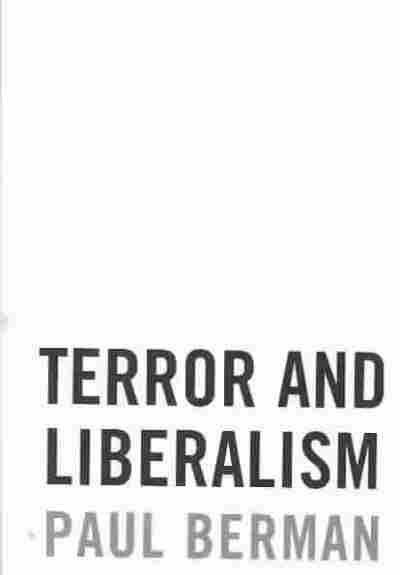 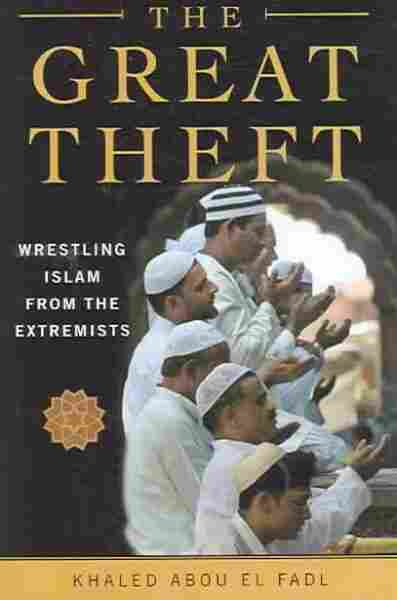 Wrestling Islam From The Extremists 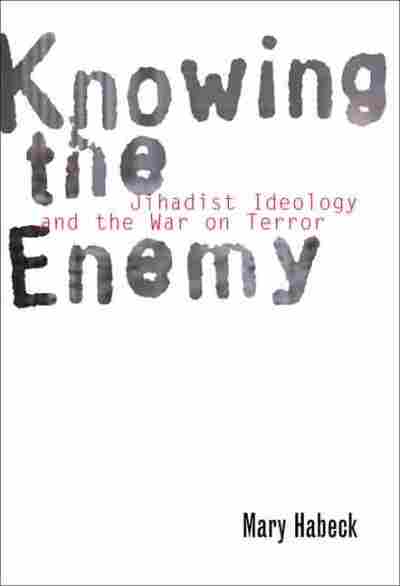 Jihadist Ideology And the War on Terror 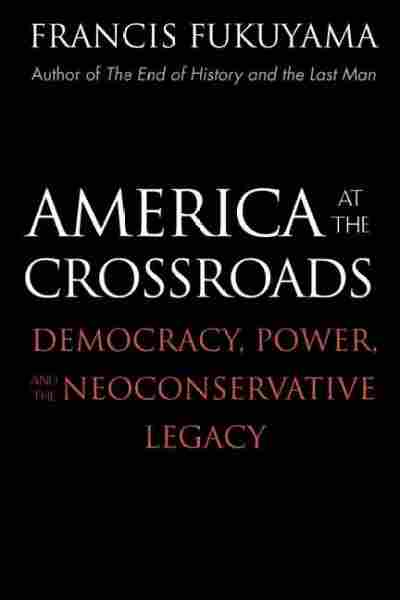 America at the Crossroads

Democracy, Power, And the Neoconservative Legacy