Accessibility links
The Who Is Back Forty years ago, The Who raised the bar on rock 'n roll behavior. They were the first to smash their guitars and the first to destroy their hotel rooms. They've just released their first album in 24 years, and some threads will be familiar to longtime Who fans.

Listen
The Who Is Back

We Got a Hit 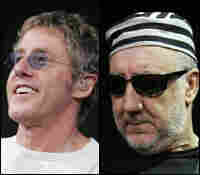 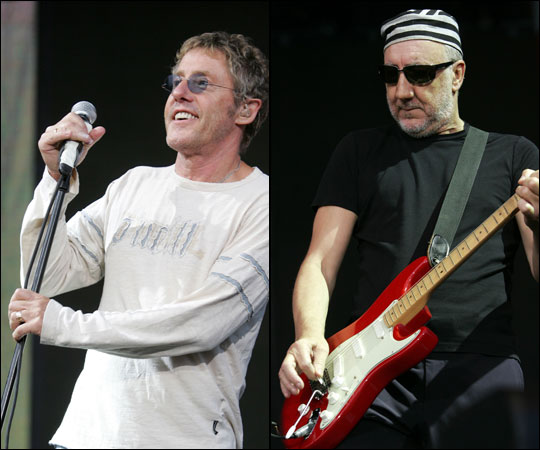 Roger Daltrey and Pete Townshend, photographed at a September 2006 performance.

OK, that's a bit of a cliche. But if ever a rock band lived up to that particular cliche, it was The Who.

The Who put out its last recording of new material 24 years ago. But now the surviving members — guitarist and songwriter Pete Townshend and lead singer Roger Daltrey — have a new recording out, called Endless Wire.

And Daltrey is once again singing new songs written by Townshend.

In the liner note, Daltrey writes, "Just like Olivier and Gielgud strove to connect the audience with Shakespeare, I strive to connect the listener with the soul of Pete Townshend's music."

The results, like most of The Who's records, are uneven.

The album still has plenty of recognizable Who moments, but it's impossible not to measure the elderly Who against the old Who. The wild animal bombast of the band's youth is gone and Townshend's writing is now laced with more acoustic guitars and introspection. But unique flashes of brilliance remain.