Accessibility links
Technology Pushes Politics into New Frontiers Joe Trippi talks about how new technologies are being used in political campaigns, from YouTube to Google to MySpace.com. He tells Renee Montagne that the landscape has changed markedly in the last five years. Trippi was Howard Dean's presidential campaign manager.

Joe Trippi talks about how new technologies are being used in political campaigns, from YouTube to Google to MySpace.com. He tells Renee Montagne that the landscape has changed markedly in the last five years. Trippi was Howard Dean's presidential campaign manager.

Here to discuss that is Joe Trippi, the author of The Revolution Will Not Be Televised. Joe Trippi was Howard Dean's campaign manager in 2004, and he figured out how to harness the Internet for fundraising. Good morning.

Mr. JOE TRIPPI (Author, The Revolution Will Not Be Televised): Good morning.

MONTAGNE: What has changed over the past two years that's made technology so important in political campaigns?

Mr. TRIPPI: Almost everything. We didn't have YouTube when we were running the Dean campaign. We didn't have a lot of the social networking software and programs out there, like MySpace and Facebook. And podcasts were just starting out. So I mean we've had almost, in just a couple of years, the entire world online has changed and you're seeing it. Any one of us now can be a photojournalist with our cell phone with a camera on it. Any one of us can blog about something we saw or put the video of the senator falling asleep or saying something untoward about another candidate on the Internet and have hundreds of thousands of people download it.

MONTAGNE: Let's talk about some of the other ways that candidates themselves use the technology. There's one Democratic activist site, Mydd.com or Direct Democracy, has asked its users to Google bomb Republican candidates' Web sites. What does that mean?

Mr. TRIPPI: There's a way you can use Google's algorithms to create - when somebody Googles someone else's site, you can make sure that negative information comes up about them. You can get all kinds of people hitting a site at the same time and making information rise up to the top of Google's list as well.

MONTAGNE: There's one that's been going around, where if you hit - if you Google failure, the president's bio on the White House site comes up.

Mr. TRIPPI: Oh, yeah. I mean this is the kind of thing that you can do. Politics is going to be a lot different than it's been in the past because the campaigns are not going to be able to have the kind of control that they've had.

MONTAGNE: Now one candidate, Evan Bayh, who is running for re-election for the Senate from Indiana, he started a MySpace page to help his supporter's network. To whom is all of this meant to appeal, MySpace, for instance?

Mr. TRIPPI: I mean what happens on MySpace is you sort of create your own friends circle, or - and so, you know, to the extent that Evan Bayh can create thousands and thousands of friends within the MySpace community, mostly young people, it's important. And he - it's a new way to reach people. It's a new channel. Some of the smarter candidates are understanding that they've got to join these communities and get involved in the conversation.

MONTAGNE: Might these new ways of getting to voters, or communicating with voters on the Internet, change the type of candidate who runs for office?

Mr. TRIPPI: Oh, yeah. Definitely. In 1960, when Nixon and Kennedy had that big debate, people who listened to that thing on the radio thought Nixon won, because he had his timber voice and John Kennedy had this weird accent. People who saw it on television knew that John Kennedy beat him because Nixon was sweaty and hadn't shaved that day. And all of a sudden we started to get to a point where television meant your looks mattered.

Now, we're going to - we're about to enter the period where the more authentic a candidate is, the better they're going to be able to survive in the Internet, new media world. Because television will let these guys be fake, on the Internet and with this new medium you have to be real.

MONTAGNE: Thanks very much for coming in the studio and joining us.

Mr. TRIPPI: Great to be with you.

MONTAGNE: Joe Trippi is the author of The Revolution Will Not Be Televised: Democracy, the Internet, and the Overthrow of Everything. 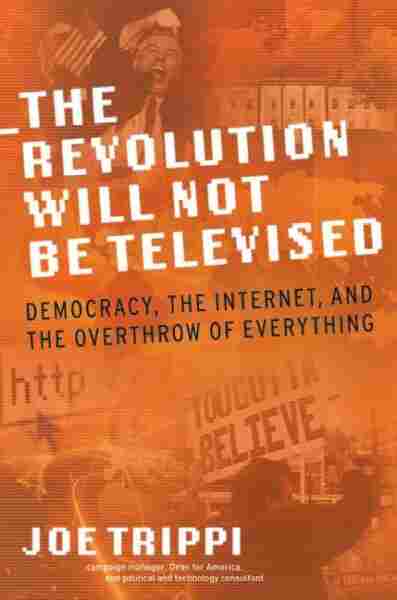 Democracy, The Internet, And The Overthrow Of Everything

Title
The Revolution Will Not Be Televised
Subtitle
Democracy, The Internet, And The Overthrow Of Everything
Author
Joe Trippi