Accessibility links
Yo La Tengo's Fearless Latest Rock critic Ken Tucker reviews I Am Not Afraid of You and I Will Beat Your A**, the new CD from the band Yo La Tengo. 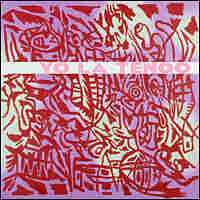 For more than 20 years, the husband-and-wife team of Ira Kaplan and Georgia Hubley have led their band Yo La Tengo through the indie-rock scene with ever-shifting sounds, styles, subject matter, and group members.

The current Yo La Tengo consists of Kaplan on guitar, Hubley on drums, and James McNew on bass. In recent years, the trio has written the scores for the movies Junebug and Old Joy.

They've just released an album called I Am Not Afraid Of You And I Will Beat your A**, and rock critic Ken Tucker says it's less a summing-up than a move forward in the evolution of the band's sound.