Accessibility links
For One Reporter, Embedding Is Journalistic Folly A reporter's job is to present the facts, but that's hard to do from a body bag or gurney, says journalist Michael Weisskopf. In 2003, a grenade shattered Weisskopf's right hand while he was an embedded reporter with the U.S. Army in Iraq.

Listen
For One Reporter, Embedding Is Journalistic Folly 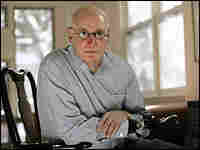 Michael Weisskopf is a senior correspondent for Time magazine and the author of Blood Brothers. Scroll down to read an excerpt. Brooks Kraft hide caption

"I decided to give you that interview," said the tall man with a brown moustache. He was known simply as John, a Green Beret who seemed to come straight out of central casting: Clad in Levis and T-shirt, he packed a pistol in a back holster and a dagger in his right boot. I had tried to interview him for a profile on the American soldier in Iraq, Time magazine's selection for its 2003 "Person of the Year." I traveled to Baghdad in November to embed with a platoon of the First Armored Division. John was loosely attached to the unit, and had dodged my requests for a meeting. My pursuit ended the hard way on Dec. 10.

At 9 p.m., while riding in the open-air cargo section of a Humvee with four soldiers and a photographer, I picked up a live grenade. As I tried to eject it, the weapon exploded, blowing off my right hand and sending me to the brigade hospital, where John was hovering over my gurney.

Only, he was asking the questions. "What direction did the grenade come from? Did you see anyone throw it? Was there small-arms fire?"

For 20 days I had patrolled Baghdad with U.S. soldiers. Once I grabbed the grenade, I crossed the line from observer to participant. Now I was being asked to supply battlefield intelligence, a dubious milestone for a reporter engaged in what is called embedding. The Bush administration had invented the concept -- a policy that paid off in almost universally favorable press coverage. No complaints came from reporters who always want unfettered access to whomever they are covering.

It took a life-threatening injury and months of recovery to realize embedding is journalistic folly. A reporter's job is to present the facts. That's hard to do from a body bag or gurney.

It became very difficult to objectively assess the role of U.S. soldiers who were housing, feeding, befriending and protecting me. After three weeks in a platoon, I came dangerously close to adopting the mindset and mission of a soldier. Their danger became my danger, their desensitizing forms of recreation -- war movies and heavy metal music -- became mine. Part of my job as a reporter is to get the "other side." How could I get the Iraqi perspective from the bench of a U. S. Army Humvee?

My injury gave me other insights. I became the first reporter ever wounded in combat to be treated at the premier Walter Reed Army Medical Center. There, I was just another grunt on the amputee's Ward 57. From my hospital bed in Amputee Alley, I had a unique window into the character of American soldiers, young men cut down at the peak of their physical power and performance.

That's where I met Pete Damon, a National Guard sergeant from a working class town in Brockton, Mass. His hands were sliced off in a freak maintenance accident. There was Sgt. 1st Class Luis Rodriquez, a Puerto Rican medic and platoon leader, who lost his right leg and the only job he ever wanted when a roadside bomb blew up his Humvee in Mosul. Neither of these men bemoaned their stolen youth.

They believed in the nobility of sacrifice. Their battle after the war -- a fight to function and face the world with broken bodies -- became my battle during 18 months of recovery at Walter Reed. The way they picked up their lives inspired my recovery and redefined heroism for me.

I had moved into the army as an independent observer -- a journalist -- and left it a member of a platoon of wounded warriors. I'm not sure what the answer is, but I left with a realization that embedding creates a close-up too personal for real reporting. 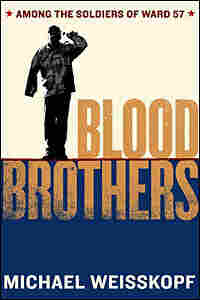 The following is excerpted from Michael Weisskopf's new book, Blood Brothers. As an embedded reporter in Iraq, Weisskopf lost his right hand when he picked up a grenade. The book chronicles the aftermath, including his recovery in amputee Ward 57 of Washington's Walter Reed Hospital and the soldiers he met there.

The National Cemetery was cast in an amber light, as lonely as an old battlefield on this rainy Memorial Day morning. We walked down a narrow path, stopping at a simple headstone. My pal Pete fixed his gaze on the date of death, etched in black. His eyes closed for several minutes, then opened as he bent down and reached with his silver hook for four little American flags strewn on the ground. Pete carefully picked up each one and replanted it at the foot of the grave.

We were an odd couple of mourners, Pete and I, with just a single hand between us to dab the tears. The Iraq war had taken the other three, still leaving us better off than the nineteen-year-old buried beneath our feet in the red earth of Mobile, Alabama.

A young soldier and a weathered journalist, we certainly had our own wounds to lick, but we had lived. Living exacted a daily price in pain and angst, the dull ache of knowing how a few seconds or inches created the difference between us and the young man in the ground. Pete Damon was a thirty-one-year-old National Guard sergeant, fixing helicopters in Balad, Iraq, when a tire exploded in October 2003 and took his arms. In December 2003, I was riding through Baghdad as an embedded reporter in an army Humvee when a grenade landed, blew up, and tore off my right hand.

As Pete plunged the four flags into the wet ground, I thought of another pair of combat amputees, both living within a thousand-mile arc of Mobile. They too were spending this Memorial Day mourning comrades who fell in the killing fields of Iraq. The flags that Pete righted struck me as powerful symbols of survival, one for him, one for me, and one for each of the others.

In the little town of Asheboro, North Carolina, Corporal Bobby Isaacs hobbled onto the pulpit of the Bailey's Grove Baptist Church. Nearly eighteen months earlier, he'd been given up for dead after a roadside bomb exploded during his patrol in the northern Iraq city of Mosul. The fundamentalist congregation had invited Bobby to a special Memorial Day service that Sunday to give testimony on the loss of his two legs. But he focused instead on a higher cost of the December 2003 blast: the death of his squad leader, who had been sitting in the passenger seat of the Humvee.

"I was standing behind him," Bobby said, in a soft Carolina drawl. "If I'd been sitting, it would have killed me, too."

He stood uneasily on a pair of artificial legs, a departure from the wheelchair he usually got around in. No way he'd let a little pain keep him from honoring his squad leader's sacrifice. A patriotic southerner from a religious home, Bobby had found an ideal blend of duty and adventure in the army. Now, at twenty-four, the same age his buddy was when he died, he had literally to regain his footing. Bobby knew he had gotten the better end of the deal and wore a black metal bracelet to remind him of it. The dead man's name was engraved on it in silver.

Five hundred miles due west, Master Sergeant Luis Rodriguez brought his own Memorial Day presentation to church in Clarksville, Tennessee. He had downloaded from the Internet photos of soldiers at nearby Fort Campbell who had been killed in Iraq and burned them onto a CD. The thirty-five-year-old medic had come close to having his own picture displayed at a commemorative event like this one when his right leg was blown off in Mosul by a remote-controlled bomb in November 2003.

Rodriguez studied the photos projected on a large screen in the front of the chapel. He kept his composure until the pictures of men he recognized appeared. Then he rose from his seat and strode to the back of the room, taking wide swings with his prosthetic leg. He stood in the dark, covered his face, and wept.

The three soldiers had very different backgrounds, but I was the oddest of the lot -- a fifty-eight-year-old Washington reporter who hated guns, scrutinized authority for a living, and avoided the draft during the Vietnam War. Yet fate had erased our differences. Over a fifty-day period in late 2003, all of us were seriously wounded in Iraq and sent to a place the world came to know as Amputee Alley: Ward 57 of Walter Reed Army Medical Center in Washington, D.C. No rank was recognized on the alley -- not social class, wealth, age, religion, or race. We were all just gimps, fighting pain and fear.

For the public, the long corridor of our darkest days assumed an iconic status. Few news stories on the wounded missed Ward 57. Doonesbury moved in. So did politicians on the prowl for a sound bite. It became a Rorschach test of public opinion -- to supporters of the war, the young amputees represented the price of freedom; to critics, they were the sacrificial lambs of misguided policy.

For me, Ward 57 was life at its lowest ebb. But it was also a place of renewal, a refuge where my three friends and I picked up what remained of our lives, never forgetting the alternative. 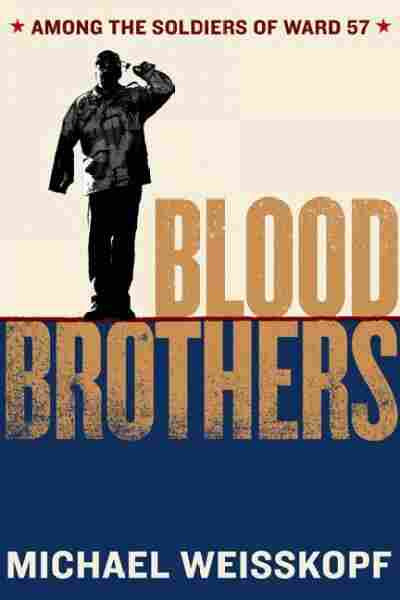 Among the Soldiers of Ward 57