Accessibility links
Samuel Menashe: A Poet Gets His Due For 50 years, New York poet Samuel Menashe toiled away at his art in relative obscurity. But he recently received the first-ever Neglected Masters Award from the Poetry Foundation in Chicago, and now a wider audience is becoming acquainted with his simple but deeply reflective verse.

Listen
Samuel Menashe: A Poet Gets His Due 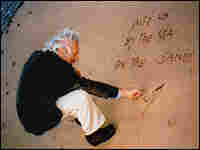 Menashe's poems are generally brief. Once he told his mother he had worked on a poem since showing it to her. She responded, "How much shorter is it?" Scroll down to read selections. Martin Duffy hide caption 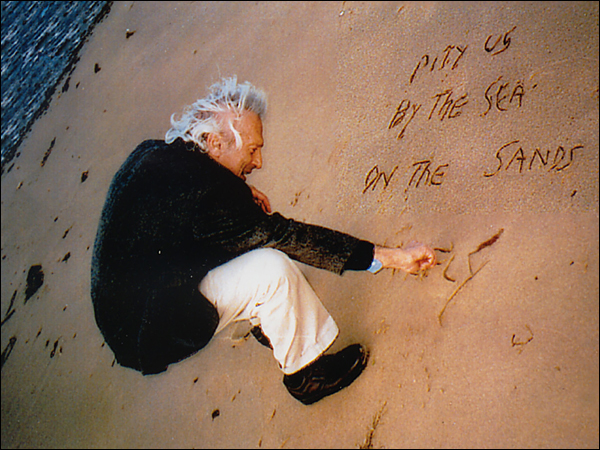 Menashe's poems are generally brief. Once he told his mother he had worked on a poem since showing it to her. She responded, "How much shorter is it?" Scroll down to read selections.

For 50 years, New York poet Samuel Menashe toiled away at his art in relative obscurity. He lived in a Greenwich Village walk-up with a bathtub in the kitchen, and eked out a living as French tutor. Then one day, fate intervened. The Chicago-based Poetry Foundation decided to honor him with its first Neglected Masters Award, a prize that came with a $50,000 check.

Early in his career, he wrote prose attached to his experiences an infantryman in Europe.

"One night, I woke up in the middle of the night and a poem started," he says.

His first published poem appeared in 1956, in the Yale Review. A London publisher accepted his first book, but it took Menashe 10 years to get an American publisher.

"I have been out of the network of poet-professors who've been all over the country. By the kind of poetry I write and not being a part of the establishment, I've paid a price for that, I guess," Menashe says.

Now, invitations to give readings flow in, and he's the toast of the New York literary parties where he once was snubbed.

Menashe's pithy poems are like tiny Zen meditations. Short? He prefers to call them "concise."

At 81, Menashe still lives in a fifth-floor walk-up. If he had it all to do again, he says, he would have started a family instead of remaining a bachelor.

He writes every day from a desk at a window that catches the sunlight.

"They're obviously the last poems of my long life, which I hope will continue for a year or two, or maybe five," he says.

The Shrine Whose Shape I Am

The shrine whose shape I am

Has a fringe of fire

There is no Jerusalem but this

Breathed in flesh by shameless love

Built high upon the tides of blood

I believe the Prophets and Blake

I know many hills were holy once

But now in the level lands to live

Zion ground down must become marrow

Thus in my bones I am the King's son

And through death's domain I go

Making my own procession

My angels are dark

They are slaves in the market

But I see how beautiful they are

That statue, that cast

Has found its niche

Where I do not eat

Where the bathtub stands

I did not advance 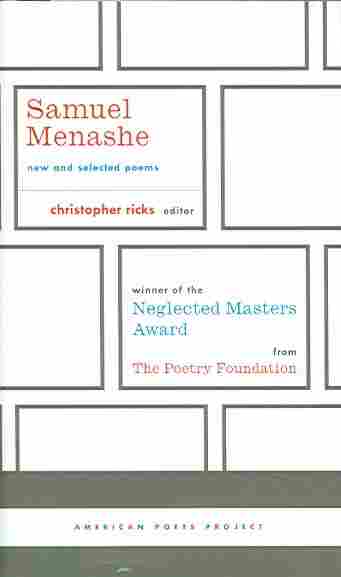