Accessibility links
Emphasis on Alzheimer's Cure Debated One hundred years ago, German psychiatrist Alois Alzheimer first described the puzzling symptoms now known as Alzheimer's disease. Billions of dollars have since gone to research for a cure, but some scientists think that money is better spent on prevention and care. 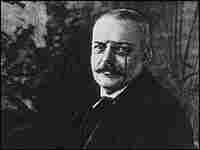 Read an excerpt from Jesse Ballenger's book, Self, Senility and Alzheimer's Disease in Modern America.

One hundred years ago, a German psychiatrist named Alois Alzheimer presented a paper that described puzzling symptoms in one of his patients. The brain disease he described is now known by his name. In Cleveland, experts are gathering to reflect on what's been learned about the disease since that first paper. Some of those experts say there's still little hope for a cure.

At 51, Alzheimer's patient, known as Auguste D., wasn't even old.

Jesse Ballenger, a Penn State professor, has written a history about the way Alzheimer's disease is seen in America. He says that in 1906, Alzheimer wasn't trying to understand the illnesses of old age. He was just trying to keep the practice of psychiatry up to date.

"Psychiatry was falling behind. This was the age of the germ," Ballenger says. "And the rest of medicine is moving forward with a much more scientific, much more biologically based ability to explain why people are ill."

Alzheimer was looking for a biological explanation.

"So the hope was, we will find disorders in the brain. We will understand how mental illnesses are rooted in changes in the brain," Ballenger says.

When Alzheimer first met his patient, she had almost no memory. She was sometimes angry and disoriented.

A few years later, when she died, the psychiatrist had her brain and spinal cord sent to him, in a crate on a passenger train. He examined the woman's brain and found the plaques and tangles now seen as the proof of Alzhiemer's disease.

Then Alzheimer presented his findings to a conference of psychiatrists. Ballenger says Alzheimer's discovery was met with a big yawn.

"The striking thing is how insignificant it seemed. It got virtually no attention," he says.

Ballenger says that's because what Alzheimer found wasn't much different from what doctors already knew sometimes happened when people got old. Sometimes they developed a condition already known as senile dementia.

Then, a change in language took place, says Ballenger.

Before Ballenger became an historian, he worked at a hospital as a nurse aide.

One day, staffers were told to change the way they referred to older people with faded memories.

"They literally brought the nursing assistants in," Ballenger recalls, "and said, 'You've kind of grown up thinking about people having senility, people who are confused. But they're suffering from a disease and that disease is Alzheimer's.'"

The name change was pushed by government officials as a way to get more money for research. Better to call it a disease, instead of a normal part of aging.

"It was thought, and I think quite correctly, that you were going to have trouble selling senile dementia as an object of a large federally funded research effort," he says. But call it a dread disease that affected millions of people, making it the fourth leading cause of death in the United States, and suddenly Alzheimer's is a massive public health issue.

Today, a lot of research money is dedicated to a search for cures and new drugs for Alzheimer's.

Some, like Peter Whitehouse, think that's not the right priority.

Whitehouse, a physician at Case Western Reserve University in Cleveland, says his research has given him second thoughts about the emphasis on finding a cure.

"Care needs to be dominant over cure, but it's not," Whitehouse says.

What people with Alzheimer's disease and their families really need is help with the day-to-day issues of care, Whitehouse says.

He thinks a lot of the money now put into research might be better spent in other ways.

Research money might be better spent in promoting physical exercise and overall well-being -- factors known to keep people healthier as they age.

"Those things are always likely to be more effective than any biological therapy we could produce," he says.

Historian Jesse Ballenger agrees. He says if Dr. Alzheimer could come back today, 100 years after he presented his famous paper, he would be shocked that what was once seen as a normal part of aging, is now called a disease and a health problem to be solved.

More on 'Self, Senility, and Alzheimer's Disease in Modern America' 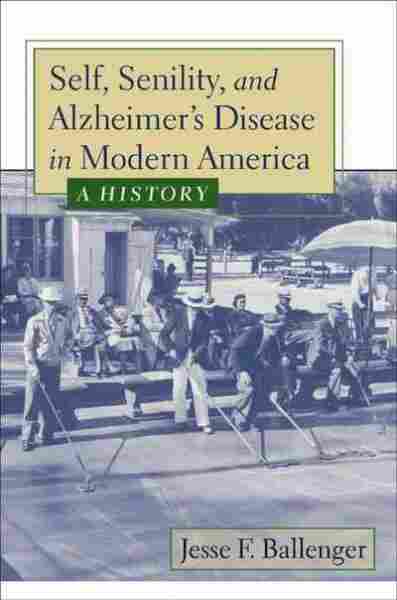 Self, Senility, And Alzheimer's Disease in Modern America