Accessibility links
Living What You Do Every Day NPR listener Yolanda O'Bannon has a master's degree, has founded a nonprofit organization and has traveled the world. But to be true to herself, she believes in doing the job she loves: being a secretary.

Listen
Living What You Do Every Day 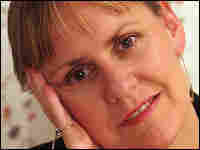 Yolanda O'Bannon is executive assistant to biochemist and former National Academy of Sciences President Bruce Alberts. O'Bannon was born in Phoenix and raised on Air Force bases around the world. She lives with her husband in Richmond, Calif. Lobsang Wangdu hide caption

I believe in being what I am instead of what sounds good to the rest of the world.

Last year, I left a job I hated as a programmer for a job I love as an executive assistant, which is just a fancy word for secretary. I still feel a little embarrassed when people ask me about my new job. Not because of what I do, but because of what some people, including myself, have thought of secretaries.

I had always thought that secretaries were nice and maybe competent, but not smart or strong or original. I have a master's degree in English literature, have interviewed the Dalai Lama, and co-founded a nonprofit organization. People who know me wondered why I would go for what seemed to be such a dull and low status job. Even my new boss asked if I would be bored.

Why would I want to be a secretary? Because it fits me like a glove. I get to do what I love best all day, which is organize things. I like the challenge of holding the focus on the top priorities in my boss' wildly busy schedule. I can function with a high degree of chaos. Untangling finances feels like playing detective to me. I find filing restful.

The only hard part is dealing with my own and other people's stereotypes, and learning to focus on internal rewards rather than humble appearances. I admit that I feel vaguely embarrassed bringing the faculty lunch or serving coffee to my boss' visitors. But deep down I don't believe that serving food is humiliating. Really, I think of it as a practice in humility. My husband is Tibetan. In Tibetan communities, you serve each other tea as a form of respect. When I'm serving coffee at work, I imagine that I'm serving a monk.

Whenever I get down or defensive about being a secretary, I think of those sharp, fast-talking assistants on The West Wing, and how they speak in paragraphs and remember everything, and I feel pretty cool. Sometimes I just look around at my fellow secretaries -- savvy and articulate women who are masters at multi-tasking. I know I'm in good company.

It would be easier if I were someone whose skills were more respected and better compensated -- a doctor, an architect, a scientist. I would feel cool when I meet someone at a party. But a friend reminded me that you only have to talk about what you do for five minutes at parties, but you have to live what you do every day of your life, so better to do what you love and forget about how it looks. And this, I believe.