Accessibility links
Art Tatum: A Talent Never to Be Duplicated Fifty years ago Sunday, the jazz musician Art Tatum died. He's among the piano geniuses of all time, in any genre. People who heard him for the first time on a record often thought they were listening to two piano players. Yet his legacy is often overlooked.

Listen
Art Tatum: A Talent Never to Be Duplicated

If You Hadn't Gone Away 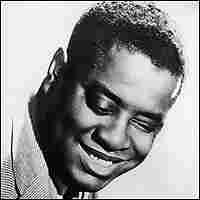 Legally blind and virtually self taught, Art Tatum was a professional musician from his teens and became the most influential of the swing-style pianists. Columbia Records/Getty Images hide caption 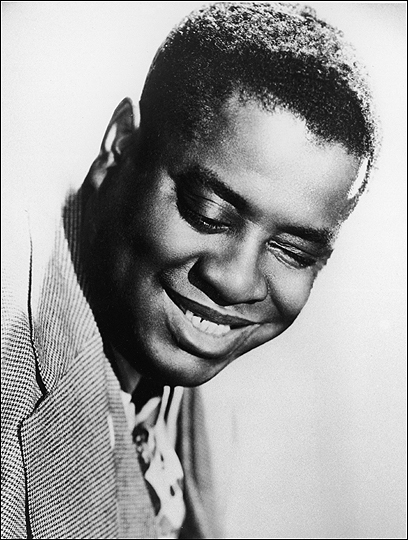 Legally blind and virtually self taught, Art Tatum was a professional musician from his teens and became the most influential of the swing-style pianists. 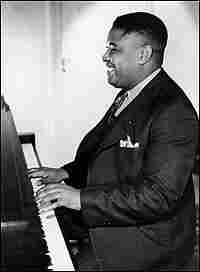 Tatum at the piano, in a photo taken sometime in 1937. Hulton Archive/Getty Images hide caption 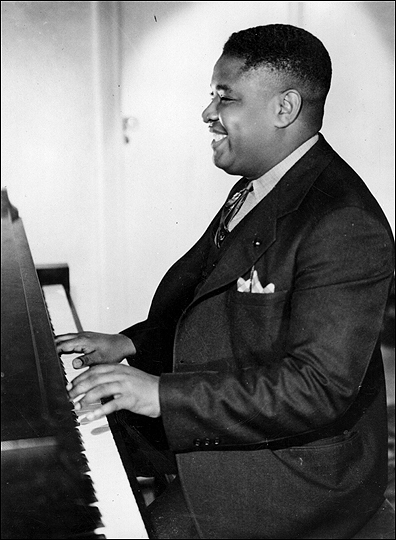 Tatum at the piano, in a photo taken sometime in 1937.

Fifty years ago Sunday, the jazz musician Art Tatum died. He's been called one of the piano geniuses of all time, in any genre. Yet his legacy is often overlooked.

It's hard to summon enough superlatives for Tatum's piano playing: his harmonic invention, his technical virtuosity, his rhythmic daring. The great stride pianist Fats Waller famously announced one night when Tatum walked into the club where Waller was playing, "I only play the piano, but tonight God is in the house."

The musical prodigy was born in Toledo, Ohio, to a mechanic and a domestic who worked in white homes. Legally blind and largely self-taught, Tatum memorized entire piano rolls, and absorbed music from the radio and the Victrola. He emerged in the 1930s as a fully formed musician whose improvisational skill quickly became legend.

There had never before been anyone like Art Tatum.

"Tatum's playing was unworldly, unreal, because his standard was so high," says Dick Hyman, a Florida-based pianist and composer who is considered a great performer of early piano jazz.

The highly regarded jazz critic and author Gary Giddins listens to lots and lots of jazz. But he says he plays certain artists more often than others.

"Tatum is one of them," Giddins says. "He's endlessly fascinating. You know, people used to criticize Tatum and they would say things like, 'Well, it's too ornamental... there's too much decorative stuff.' That is the essence of Tatum. If you don't like his ornament, you should be listening to someone else. That's where his genius is."

People who heard Tatum on a record for the first time often thought they were listening to two piano players.

He became a phenomenon in New York. It wasn't unusual to look up and see the classical pianist Vladimir Horowitz or the composer George Gershwin sitting in the audience in awe.

He usually played solo, because it was so hard for accompanists to follow his dazzling, volcanic musical ideas. He tried to play everything he heard in his head.

The jazz pianist and educator, Dr. Billy Taylor — a protege of Tatum's — says his mentor could even make a bad piano sound good.

Over the past year, Storyville Records, a Danish label, released nine CDs full of rare Tatum material. They're what one collector calls "the equivalent of discovering unpublished Shakespeare plays."

Many of these previously unreleased recordings came from the vault of a retired real estate executive named Arnold Laubich. He says he first heard Tatum as a teenager — more than 60 years ago — and never got over it. He is the world's preeminent collector of Art Tatum recordings.

The Storyville CDs are remarkable because they offer an audio glimpse into the invisible world of jazz — the after-hours parties where musicians unwound and tried out new songs and new ideas, or just had fun.

"He played all night and into the day, and often 'til noon or later, from the night before," Laubich says. "And this is what he would do. He would go to these places. And sometimes he'd go from place to place and crowds would follow him. But the crowds were friends."

Art Tatum died on Nov. 5, 1956 at 47. Death came from complications associated with his prodigious drinking.

Laubich says a couple years ago he gave a lecture on Tatum to a class at City College in New York. No one in the class had heard of Tatum.

He has never joined the pantheon of jazz greats — Armstrong, Ellington, Parker, Davis. There's no Tatum songbook, because he rarely composed. In fact, it's said he was so original that he re-composed every song he ever played.

His piano playing was so advanced almost nobody can copy him.

And yet, his genius is remembered, in small, but significant ways.

A few years ago, a young MIT grad student invented a term that's now in common usage in the field of computational musicology: The tatum.

It means "the smallest perceptual time unit in music."