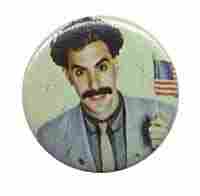 Many foreign journalists are watching this election closely. hide caption 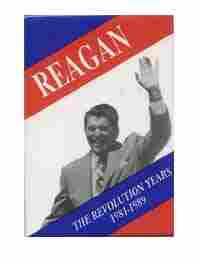 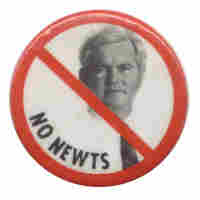 With one day to Election Day, Ken Rudin offers his final call for the House: Democrats win 23 seats to capture control with a 225-seat majority. hide caption

It's been said from the outset that the voters are angry about the war, the economy and the direction of the nation. And yet, there is so much uncertainty about what the electorate intends to do on Tuesday.

This election has been compared to 1994 -- the last time Congress switched parties -- and there are similarities. We knew '94 was going to be a Republican year, just as we suspect this to be a Democratic year. But few really saw in advance the extent of the GOP tidal wave that swept Democrats out of control in both chambers in '94, with a pickup of 52 seats in the House and eight in the Senate. The task for the Dems to return the favor this year is not as great; they need a net gain of 15 in the House and six in the Senate.

Watching President Bush campaign in the final days in the decidedly red states of Kansas and Nebraska, you would think such goals are attainable. If Jim Ryun, who was re-elected in Kansas' 2nd District by 15 points in 2004, needs a visit from the president to boost his chances, or if western Nebraska, which hasn't elected a Democrat to the House since 1958, needs a presidential visit, then perhaps a sea change is in store for us on Nov. 7.

At the same time, polls seem to indicate that the Republican Party has narrowed the gap in the past week or so, that some candidates who were badly trailing just six or seven days ago are fighting back. They point to the Montana Senate race, to name just one, where the GOP candidate -- in this case, incumbent Conrad Burns -- has pulled even in the polls.

So what will happen?

The House seems to be an easier call. It's hard to see a scenario where the Democrats don't win a majority. The only question is by how much. As we say before every election, watch the early states. Polls in both Kentucky and Indiana close by 7 p.m. ET. If the vulnerable GOP incumbents in those states -- Chris Chocola, John Hostettler and Mike Sodrel in Indiana, and Anne Northup, Geoff Davis and perhaps Ron Lewis in Kentucky -- all go down to defeat, you know it's going to be a very long night for the once Grand Old Party. Not long after come states like Ohio. Four GOP-held seats are at risk in the Buckeye State: Steve Chabot in the 1st Congressional District, Jean Schmidt in the 2nd, Deborah Pryce in the 15th, and the open 18th, where Bob Ney (R), caught in the Jack Abramoff scandal, resigned last week before the House could vote to expel him. Democrats could find themselves more than half way to their majority before the 8 p.m. hour.

There's less of a consensus as to what happens with the Senate. Democrats are all but assured of ending the careers of Sens. Rick Santorum (PA) and Mike DeWine (OH). Lincoln Chafee (RI) has been teetering on the edge and could fall in the bluest of blue states. That's three. Burns in Montana, unless he really is making a comeback, would be four. Democrats seem to have the upper hand in New Jersey, while Republicans seem to be pulling away in Tennessee. That leaves Virginia, where Jim Webb (D) and the mouth of Sen. George Allen (R) have imperiled the GOP hold; and Missouri, where the battle between Sen. Jim Talent (R) and Democratic challenger Claire McCaskill appears to be dead even. Control of the Senate will be decided here.

Picks in every Senate, House and gubernatorial race follow. But here are some other things to think about:

Will Any Democratic Seat Fall? As I outlined in the Oct. 18 column, even in big Democratic years -- such as 1982, 1974, 1964 and 1958 -- Democratic incumbents in the House still managed to go down to defeat. This year may be different. Right now I don't see a single Dem seat in either the House or Senate that the Republicans win. The GOP still has hope in the N.J. Senate race, and two House seats in Georgia -- held by Democrats Jim Marshall (8th CD) and John Barrow (12th) -- are anything but safe. So keep your eyes on them. By the way, the last time the Democrats had a big year in the House without a single Dem incumbent going down was in 1948. They had a net gain of 76 seats, and lost only two seats, but both were in districts where their incumbent was not running.

What Effect Will Bush's Campaigning Have? The president certainly has the ability to fire up the GOP base, but ultimately he doesn't make much of a difference. A good yardstick is 1986, when President Reagan was quite popular and yet his campaigning didn't keep the Republicans from losing eight seats and control of the Senate. President Bush's numbers don't come near to Reagan's.

One for the Record Books? The worst showing by a New York Republican Senate candidate in a two-way race is the 31 percent garnered by Bob McMillan against Sen. Daniel Patrick Moynihan (D) in 1988. In a two-way N.Y. governor's race, it's the 32 percent Andrew O'Rourke got in his 1986 challenge to Gov. Mario Cuomo (D). Let's see if 2006 Senate nominee John Spencer or gubernatorial nominee John Faso will fall below those totals. In Connecticut, GOP nominee Alan Schlesinger may get the lowest percentage ever by a major-party Senate candidate in the state. Thomas Dodd, the Democratic incumbent running as an independent in 1970, got 24.5 percent of the vote that year in his third-place finish. Schlesinger may get half that.

Thirty-three seats are up: 17 Democratic, 15 Republican, one Independent. Let's first dispense with the ones that have never been especially competitive:

Here are the calls for the remaining 18 (incumbent in italics, calls in bold):

HOUSE PREDICTION: Democrats take House, with a net gain of 24 (including a pickup in Vermont).

Currently, it's 229 Republicans, 201 Democrats, one Independent. Four seats are vacant (three Republican, one Democrat). For purposes of what's at stake, I'm going to add these four to the totals. Thus, I'm using these numbers: 232 Republican-held seats, 202 Democratic, one Independent. A look at the most competitive House races (incumbent in italics, call in bold):

And finally, a look at the 36 races for governor this year. Of the 36, 22 are held by the Republicans, 14 by the Democrats. (Incumbent in italics, call in bold.)

Time for just one question:

Q: Did the Republicans lose any House or Senate incumbents during their 1994 sweep of Congress? -- Peter Graham, Seattle, Wash.

Want an NPR Convention Pin? If you have a 2006 Senate, House or governor campaign button that I don't have, I will gladly trade you a (gasp) rare NPR lapel pin from the 2004 national conventions! Send a photocopy of what you have to Political Junkie, 635 Massachusetts Ave., NW, Washington, DC 20001.

Election Night on NPR: Live coverage from 8 p.m. to 5 a.m. ET time on your local NPR station. Results from every Senate, gubernatorial and key House contest, on the air and on NPR.org. The special program plays straight through to Morning Edition. If you still have questions or comments after that, then join me (and a cast of gazillions) at 2 p.m. ET on Wednesday for an extended Talk of the Nation program. Check local listings to see if your NPR station carries Talk of the Nation. If not, you can always hear it on the Web at npr.org.

And don't forget ... You won't want to miss the post-election edition of It's All Politics, NPR's weekly podcast hosted by Ron Elving and me. Find out why Elving was wrong on every one of his predictions. Check out the podcast page at NPR.org for more details.

Please ... If you are sending in a question to be used in this column, don't forget to include your city and state.

This Day in Campaign History: Stunned by the historic Democratic gains in the midterm elections, and under assault from his fellow Republicans, House Speaker Newt Gingrich announces he will not be a candidate to retain his leadership post (Nov. 6, 1998).