Accessibility links
Allende Reimagines Life of Conquistador 'Ines' Isabel Allende's novel, Ines of My Soul, is a fictionalized account of the life of Ines Suarez, a seamstress who helped found Chile. The story led Allende to empathize with both sides of a centuries-old conflict. 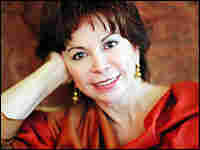 Isabel Allende's new novel, Ines of My Soul, examines the life of a 16th-century Spanish woman and her role in the creation of Chile. Scroll down to read an excerpt. Lorrie Barra hide caption

Allende's Writing Process, and Why She Begins Each Book on Jan. 8

Writer Isabel Allende creates strong female characters in her books, the most famous of which is The House of the Spirits.

Her latest novel, Ines of My Soul, is the fictionalized account of the life of Ines Suarez, a 16th-century Spanish seamstress who goes on to play a role in the founding of Chile, Allende's native country.

The details of Suarez's unique story -- she was the only Spanish woman among the conquistadors who went to Chile in 1540 -- have been largely lost to time.

Allende's novel re-creates Suarez's life, and the violent clash between two civilizations: the Spanish conquerors and the native Chilean indians.

"For me as a writer, I had to take both sides. I come from both cultures, so I can understand both and I feel entitled to speak for both," Allende says.

Excerpt: 'Ines of My Soul' 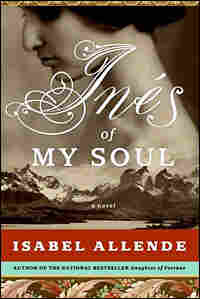 I am Ines Suarez, a townswoman of the loyal city of Santiago de Nueva Extremadura in the Kingdom of Chile, writing in the year of Our Lord 1580. I am not sure of the exact date of my birth, but according to my mother I was born following the famine and deadly plague that ravaged Spain upon the death of Philip the Handsome. I do not believe that the death of the king provoked the plague, as people said as they watched the progress of the funeral cortege, which left the odor of bitter almonds floating in the air for days, but one never knows. Queen Juana, still young and beautiful, traveled across Castile for more than two years, carrying her husband's catafalque from one side of the country to the other, opening it from time to time to kiss her husband's lips, hoping that he would revive.

Despite the embalmer's emollients, The Handsome stank. When I came into the world, the unlucky queen, by then royally insane, was secluded in the palace at Tordesillas with the corpse of her consort. That means that my heart has beaten for at least seventy winters, and that I am destined to die before this Christmas. I could say that a Gypsy on the shores of the Río Jerte divined the date of my death, but that would be one of those untruths one reads in a book and then, because it is in print, appears to be true. All the Gypsy did was predict a long life for me, which they always do in return for a coin. It is my reckless heart that tells me that the end is near.

I always knew that I would die an old woman, in peace and in my bed, like all the women of my family. That is why I never hesitated to confront danger, since no one is carried off to the other world before the appointed hour. "You will be dying a little old woman, I tell you, senorayyy," Catalina would reassure me -- her pleasant Peruvian Spanish trailing out the word -- when the obstinate galloping hoof beats I felt in my chest drove me to the ground. I have forgotten Catalina's Quechua name, and now it is too late to ask because I buried her in the patio of my house many years ago, but I have absolute faith in the precision and veracity of her prophecies. Catalina entered my service in the ancient city of Cuzco, the jewel of the Incas, during the era of Francisco Pizarro, that fearless bastard who, if one listens to loose tongues, once herded pigs in Spain and ended up as the Marques Gobernador of Peru, crushed by his ambition and multiple betrayals.

Such are the ironies of this new world of the Americas, where traditional laws have no bearing, and society is completely scrambled: saints and sinners, Whites, Blacks, Browns, Indians, Mestizos, nobles, and peasants. Any one among us can find himself in chains, branded with red-hot iron, and the next day be elevated by a turn of fortune. I have lived more than forty years in the New World and still I am not accustomed to the lack of order, though I myself have benefited from it. Had I stayed in the town of my birth I would today be an old, old woman, poor, and blind from tatting so much lace by the light of a candle. There I would be Ines, the seamstress on the street of the aqueduct. Here I am dona Ines Suarez, a highly placed senora, widow of The Most Excellent Gobernador don Rodrigo de Quiroga, conquistador and founder of the Kingdom of Chile.

So, I am at least seventy years old, as I was saying, years well-lived, but my soul and my heart, still caught in a fissure of my youth, wonder what devilish thing has happened to my body. When I look at myself in my silver mirror, Rodrigo's first gift to me when we were wed, I do not recognize the grandmother with a crown of white hair who looks back at me. Who is that person mocking the true Ines? I look more closely, with the hope of finding in the depths of the mirror the girl with braids and scraped knees I once was, the young girl who escaped to the back gardens to make love, the mature and passionate woman who slept wrapped in Rodrigo de Quiroga's arms. They are all crouching back there, I am sure, but I cannot seem to see them. I do not ride my mare any longer, or wear my coat of mail and my sword, but it is not for lack of spirit -- that I have always had more than enough of -- it is only because my body has betrayed me. I have very little strength, my joints hurt, my bones are icy, and my sight is hazy. Without my scribe's spectacles, which I had sent from Peru, I would not be able to write these pages. I wanted to go with Rodrigo -- may God hold him in his Holy Bosom -- in his last battle against the Mapuche nation, but he would not let me. He laughed. "You are very old for that, Ines." "No more than you," I replied, although that wasn't true, he was several younger than I. We believed we would never see each other again but we made our good-byes without tears, certain that we would be reunited in the next life. I had known for some time that Rodrigo's days were numbered, even though he did everything he could to hide it. He never complained, but bore the pain with clenched teeth, and only the cold sweat on his brow betrayed his suffering.

He was feverish when he set off, and had a suppurating pustule on one leg that all my remedies and prayers had not cured. He was going to fulfill his desire to die like a soldier, in the heat of combat, not flat on his back in bed like an old man. I, on the other hand, wanted to be with him to hold his head at that last instant, and to tell him how much I cherished the love he had lavished on me throughout our long lives.

The foregoing is excerpted from Ines of My Soul by Isabel Allende. All rights reserved. No part of this book may be used or reproduced without written permission from HarperCollins Publishers, 10 East 53rd Street, New York, NY 10022. 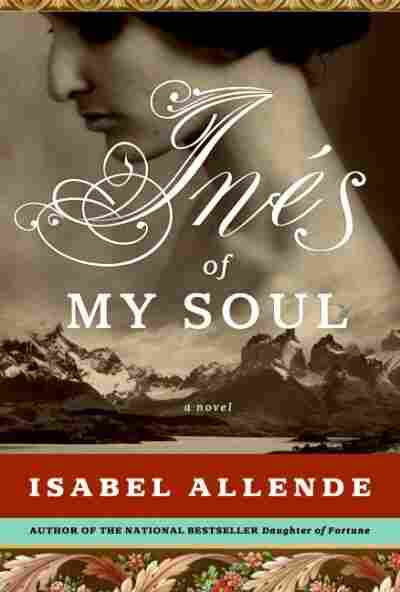