Accessibility links
'Echo Maker' Wins National Book Award for Fiction Star writers gathered in New York City on Wednesday night for the National Book Awards ceremony. Books dealing with the events of Sept. 11, and war, were among the nominees. A graphic novel was also among the nominees, a first. Among the winners was Richard Powers' The Echo Maker, which took the prize for fiction.

Star writers gathered in New York City on Wednesday night for the National Book Awards ceremony. Books dealing with the events of Sept. 11, and war, were among the nominees. A graphic novel was also among the nominees, a first. Among the winners was Richard Powers' The Echo Maker, which took the prize for fiction.

Winners of the National Book Awards were announced last night in New York City. This year there were nominees in each category who reflected on a modern world shaken by war and danger.

As NPR's Neda Ulaby reports, the winners were those who used history to propel their writing.

NEDA ULABY: They call this the Oscars of book publishing. And here at the National Book Awards ceremony it's glittering intellects rather than faces you'll find on the red carpet.

Unidentified Male #1 (National Book Award Finalist): Yeah, this is the fanciest thing I've been to since my senior prom.

ULABY: That's a National Book Award finalist. The evening's host was downtown essayist Fran Lebowitz - very New York. She looked Oscar Wilde-ian in her tuxedo and she mocked the fashion guidance given to finalists by the National Book Foundation.

Ms. LEBOWITZ: What are the chances that they might forget to do this?

Ms. LEBOWITZ: I mean surely they realize that if they ever want to wear this medal, this is their shot.

ULABY: Lebowitz also made political jokes. And this year's medal for distinguished contribution to American letters went to a political poet.

Ms. ADRIENNE RICH (Poet): I'm both a poet and one of the everybodys of my country.

ULABY: Adrienne Rich came out to accept her award bent over a red walker. Her gaze was penetrating as she spoke of a world in which, she said, poetry is seen as inadequate or unprofitable and, hence, useless.

Ms. RICH: Either way, poets are advised to hang our heads or fold our tents. Yet, in fact, throughout the world, transfusions of poetic language can and do quite literally keep bodies and souls together.

ULABY: Politics and poetry came together again in the speech of this year's poetry award winner, Nathaniel Mackey. He read a passage from his collection Splay Anthem.

Mr. NATHANIEL MACKEY (Poet): Day late, so all the old attunements gave way. Late, but soon come, even so. A political trek we'd have said it was, albeit politics kept us at bay. Nothing wasn't politics we'd say.

ULABY: The winner in non-fiction was a book called The Worst Hard Time: The Untold Story of Those Who Survived the Great American Dust Bowl. Judges found relevance in Timothy Egan's story of an ecological disaster.

In fiction, Richard Powers won for his novel The Echo Maker. It takes as its premise the aftermath of a car crash, and from there explores trauma, brain science and human feeling. In one passage, Powers writes about the odd relationships possible between people and their artificial arms.

Mr. RICHARD POWERS (Author): A male ambulance driver in his 50s called his Mr. Limpchimp(ph). They ascribed personalities to their arms, whole histories. They talked, argued with, even tried to feed them. C'mon, Mr. Limpchimp, you know you're hungry.

ULABY: The young people's category saw the awards' first ever graphic novel nominee. It did not win. Instead, the winner was a historical fantasy set in revolutionary Boston. But in his winning speech, author M.T. Anderson generously made the point he was proud that his category was the one to bring graphic novels to the awards.

Mr. M.T. ANDERSON (Author): Anyone who has read Gene Yang's American Born Chinese can see that it is poignant, it is sophisticated, it is literature for young people.

ULABY: Anderson's own book, The Astonishing Life of Octavian Nothing, tells the imagined story of an African-American child imprisoned in a grotesque, pseudo-scientific experiment. The judges said it introduces an extraordinary new literary character and a principled story of freedom and patriotism that resonates in our modern world.

NEW YORK (AP) - A rural car crash from the 1990s inspired this year's winner of the National Book Award for fiction, Richard Powers' "The Echo Maker." But the events of Sept. 11, 2001, cut even deeper into his scientific tale of an accident victim's insistence that his sister is an impostor.

"I suppose that something vaguely like that loss of recognition has happened to me and many of the people I care about, since the terrorist attacks and America's subsequent response," the 49-year-old Powers, cited Wednesday night at the awards' 57th annual ceremony, said in a recent interview with The Associated Press.

"The familiar seems strange, and the strange has become familiar. We still live in precisely the same country. But nothing about it will ever feel familiar again, in the way it once did."

Powers' book refers often to the news of the time, setting his narrative against the shock of Sept. 11 and the determined path to the Iraq war. Two fiction finalists were equally topical; Jess Walters' "The Zero" and Ken Kalfus' "A Disorder Peculiar to the Country" were both set around the terrorist attacks. The other nominees were Mark Z. Danielewski's free verse, time traveling "Only Revolutions" and Dana Spiotta's "Eat the Document," a story of 1970s radicals hiding their past.

The increasingly distant past was a theme in the acceptance speech of Egan, who recalled interviewing Dust Bowl survivors, many in their 80s and 90s.

"We are a storytelling nation. We need to inhabit a narrative as a nation," said Egan, adding that he hoped his book would serve as a "bridge" to the Dust Bowl once those who lived through it were gone.

The award for Powers honors a widely respected author with a small but passionate readership and a fascination with science, evident in "Galatea 2.2" and other earlier books, and in his current novel, with its detailed passages on neurology and clinical psychology.

Powers' award also continues a tradition of literary prizes for publisher Farrar, Straus & Giroux, which in recent years has won numerous Pulitzers and National Book Awards with such works as Jonathan Franzen's "The Corrections" and Marilynne Robinson's "Gilead."

"I am deeply indebted to FSG for encouraging me to work in total freedom for the last 12 years, writing books that have not always been easy to market or classify," Powers said in his acceptance speech.

Anderson, the young people's literature winner, also cited the indulgence of his publisher, Candlewick Press. He thanked Candlewick for taking on a long and unusual book by a "neurotic who rarely leaves his house or gets dressed."

Like the fiction category, the young people's nomination featured a variety of styles, including Anderson's "Octavian Nothing"; Gene Luen Yang's "American Born Chinese," the first graphic novel to receive a National Book Award nomination; and Patricia McCormick's "Sold," another story told in free verse. The other finalists were Martine Leavitt's "Keturah and Lord Death" and Nancy Werlin's "The Rules of Survival." 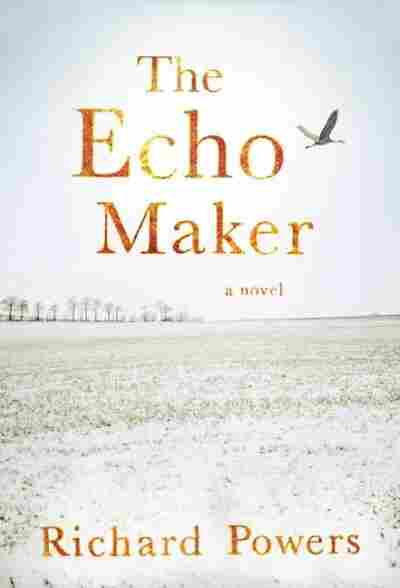