Accessibility links
A 28-Year Absence Gets Washed Away Most famously known as Cat Stevens, the folk songwriter returns under the name Yusuf Islam. On An Other Cup, his first album of pop songs since 1978, it's as if the man who wrote "Morning Has Broken" never missed a step.

A 28-Year Absence Gets Washed Away

A 28-Year Absence Gets Washed Away 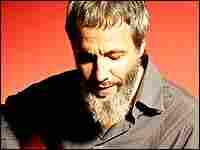 Yusuf Islam (a.k.a. Cat Stevens) returns with his first album of secular material since 1978. hide caption

The first thing that stands out is the voice: Rich and warm and instantly recognizable, it's like an instant portal to a time when "Morning Has Broken," "Peace Train" and "Wild World" provided a soundtrack to long-forgotten rites of passage. The last time Cat Stevens recorded as Cat Stevens, it was 1978 — right before Back To Earth was released, when Stevens had a near-death experience that led to his conversion to Islam. Changing his name to Yusuf Islam, he renounced rock 'n' roll altogether.

Hearing An Other Cup, his first album of pop songs in 28 years, it's easy to do a double take: Isn't that... Cat Stevens? Despite a few overzealous and sappy lyrical missteps, it's as if he hasn't missed a beat. "Heaven/Where True Love Goes" sounds like classic Stevens, a folk-pop number that draws on the strengths of 1972's Catch Bull at Four and 1974's Buddha and the Chocolate Box.

Irresistibly catchy, the song's chorus invites a sing-along — "I go where true love goes / I go where true love goes" — as Stevens re-establishes himself as a purveyor of sweetly upbeat secular material. He may have undergone serious transformations in his personal life, but on disc, it's forever the mid-'70s, to a surprisingly rewarding degree.