Accessibility links
Drawing Parallels Between Ancient Rome and the U.S. Today In the second part of our series examining our perceptions of history, novelist Robert Harris speaks with Steve Inskeep about how the history of Rome is reflected in our modern-day world. Harris sees parallels between the time of Rome's transition from republican to imperial rule and the challenges the U.S. faces now.

Listen
Drawing Parallels Between Ancient Rome and the U.S. Today

In the second part of our series examining our perceptions of history, novelist Robert Harris speaks with Steve Inskeep about how the history of Rome is reflected in our modern-day world. Harris sees parallels between the time of Rome's transition from republican to imperial rule and the challenges the U.S. faces now.

This week on MORNING EDITION, we're exploring the history behind our political debates. Yesterday, we heard changing explanations for a war. Today, we'll meet a novelist whose research on ancient Rome uncovered a familiar story.

Mr. ROBERT HARRIS (Author, “Imperium”): (Reading) “What Rome was facing was a threat very different from that posed by a conventional enemy. These pirates were a new type of ruthless foe, with no government to represent them and no treaties to bind them.”

INSKEEP: Robert Harris is reading from his book, “Imperium,” which is a novel about the Roman Empire. And if you think this language sounds like a description of a modern war, consider this quote that Mr. Harris attributes to a famous Roman general.

Mr. HARRIS: (Reading) “Any ruler who refuses to cooperate will be regarded as Rome's enemy. Those who are not with us are against us.”

INSKEEP: Words that may remind some of a famous speech by President Bush after September 11.

President GEORGE W. BUSH: Every nation in every region now has a decision to make. Either you are with us, or you are with the terrorists.

INSKEEP: Robert Harris, you're writing a fictional account of the Roman Empire, but based on real events. Why, when you're looking at events from 2,000 years ago, draw such an exact parallel with what's happening today?

Mr. HARRIS: Well, I didn't seek out this parallel, to be honest with you. I started writing a novel about Cicero and Rome, and how Cicero rose to power. And I discovered that a key moment in Roman history was a very little-discussed raid by pirates on the Port of Rome at Ostia.

Rome was at that point the dominant world superpower, and there was no state in the world that would ever have dared to attack Rome. But the Romans were attacked by a group of stateless desperados who set fire to the Port. The flames may well have been visible in Rome itself. And this sent a shockwave through Rome, because if pirates could strike that close to the imperial capital, nowhere was safe.

And in this panicky atmosphere - an atmosphere of panic, I might say, which was deliberately whipped up by ambitious politicians - the Roman people took a series of fatal steps, surrendering some of their liberties and some of their control over their government. And in doing so, they sewed the seeds of the destruction of their own democracy.

And the more I looked at that event, the more it seemed familiar to me and the parallel with 9/11 - and in particular the response to it.

INSKEEP: Were there very similar debates about civil liberties? About how far to go? About how much people had to change in order to battle this threat?

Mr. HARRIS: What happened was after this attack, Pompey the Great - who was the, kind of Rome's senior general, but then in retirement - he got a lieutenant of his to propose a new law which gave him colossal and sweeping powers. And this law - violently opposed by some members of the Senate - was nevertheless ran through. Pompey took these unprecedented powers and set a precedent, which was then followed by Julius Caesar a few years later.

And I don't think that it's reading too much into the history of Rome to see in that parallels with America today. I'm not saying that America is going to go the same way as the Roman Republic, but it is interesting to see that the question posed at that time was whether you could be the world's sole military superpower and remain a functioning democracy in the way that you always had been.

INSKEEP: You just alluded to the Roman Senate, which might underline another basic way that people in modern times have looked back on the Roman Empire and tried to learn from it or be inspired by it. The United States has a Senate today.

Mr. HARRIS: Well, of course, this is no accident. The founding fathers looked back at Rome and adopted many of the principles of the Roman Republic: a Senate, a separation of powers and a system of checks and balances. And it's no surprise that when one looks back to the Roman Republic, you go spooling back 2,000 years, and you suddenly confront situations, language, which is exactly the same as modern-day America. Even the word - our modern word ambition -comes from ambitiose, the Roman word for walking around, which is what a candidate did during election time. Everywhere one looks in ancient Rome, one sees a parallel with today.

INSKEEP: I wonder about an event in your own country, when it was seen as the leading nation in the world in the 1770s. In 1776, as a matter of fact, in England, there was the publication of the first volume of the famous Edward Gibbon's Decline and Fall of the Roman Empire. Is this something that caused great interest and anxiety for the British then?

Mr. HARRIS: I think that whenever a nation feels itself to be at is zenith, it starts to feel a creeping sense of anxiety. And from Gibbon onwards and through the 19th century, there was a great deal of interest in Great Britain - when it was the world's superpower - in ancient Rome, and in particular, the fall and collapse of Pompeii when it was destroyed. This was an object of great interest and fascination to the Victorians, I think because it's one of those perennial stories people go back to just to give themselves a (foreign language spoken) of terror that nature - however sophisticated your civilization, or you think you're well-protected against it - nature has a habit of biting back.

And I think that it's the same with the whole concept of the Roman Republic and the Roman Empire. In America now, at the zenith of its power, what a perfect time to start looking over your shoulder and wondering when it's going to be America's turn next, just as it came to the Romans eventually.

INSKEEP: I was in a meeting the other day when someone said, I was just in New Orleans, and it's the American Pompeii.

Mr. HARRIS: Well, there you are. And I think that it's exactly that, which draws one back to Pompeii. Here's that sense of threat, which I think makes that story so compelling.

INSKEEP: There are so many comparisons over so many years between modern times and the Roman Empire. Does it get hard after awhile when you're researching this to just focus on what really happened then, without contaminating it with the present?

Mr. HARRIS: I think that that's a perfectly fair criticism. But on the other hand, I think it's impossible to look back at the past and to free oneself from the circumstances in which one is writing. And it seems to me, looking back at the Roman Republic, that any generation will take a different thing from it. History is what we bring to it, not just the events themselves, but how we interpret those events.

If one tries to think about history, it seems to me - it's like looking at a range of mountains. And the first time you see them, they look one way. But then time changes, the pattern of light shifts. Maybe you've moved slightly, your perspective has changed. The mountains are the same, but they look very different. And that, it seems to me, is history. The Roman Republic before 9/11 looked one way, the history of the Roman Republic after 9/11 looks completely different.

INSKEEP: Robert Harris is the author of “Imperium”, a novel of ancient Rome. Thanks for speaking with us.

Mr. HARRIS: Been a pleasure. Thank you.

INSKEEP: And our conversations on the history behind our political debates continue all Thanksgiving week. Tomorrow, we'll hear the founding fathers' views of religion.

Unidentified Man: While church and state can be separate, by and large, religion and politics are inextricably intertwined because politics is about people, and religion is one of the factors - among many - that drives people. 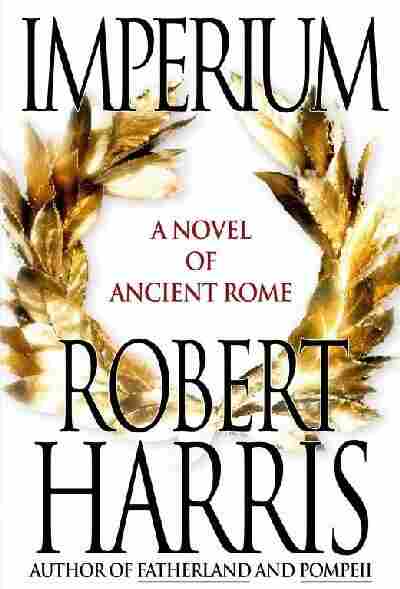 A Novel of Ancient Rome 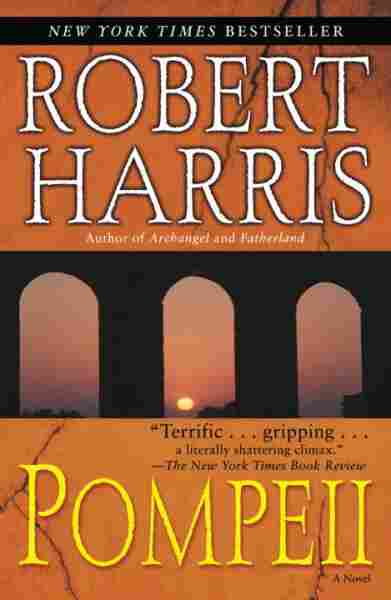