Warning: getimagesize(https://media.npr.org/nanowrimo/anderson200.jpg): failed to open stream: HTTP request failed! HTTP/1.0 404 Not Found in /var/www/html/src/Views/CommonJsonldView.php on line 87
 M.T. Anderson: Eats Broccoli, Paces and Hums : NPR
Accessibility links
M.T. Anderson: Eats Broccoli, Paces and Hums M.T. Anderson is the author of several books for children and young adults, including The Astonishing Life of Octavian Nothing, the 2006 National Book Award Winner for Young People's Literature and Feed, which was a finalist for the National Book Award in 2002. 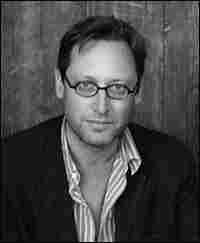 M.T. Anderson may set aside projects for months until reminded of his contractual obligations. M.T. Anderson hide caption

M.T. Anderson is the author of several books for children and young adults, including The Astonishing Life of Octavian Nothing, the 2006 National Book Award Winner for Young People's Literature and Feed, which was a finalist for the National Book Award in 2002 and winner of the Los Angeles Times Book Prize. He lives in Cambridge, Massachusetts.

How He Writes: "I eat broccoli. I think about the plot. I pace in circles for hours, counter-clockwise, listening to music. I try to think of one detail in the scene I’m about to write that I'm really excited about writing. Until I can come up with that one detail, I pace. I put on another CD. I hum along. I get an idea. I prepare to begin. I shake out my fingers. I sit down. I type the first word. I erase it. I type in another first word, and consider the second word.

The phone rings. It's a friend calling to tell me a great story about running into her ex-stalker at Cinnabon. We talk for an hour and a half.

My time for writing is up. I go to bed. I feel guilty and miserable. Oh well. Better luck tomorrow."

Writer's Block Remedies: "Sometimes it's helpful to analyze what's wrong, to ask why it is that I don’t feel enthusiastic about what has to happen next. I ask myself if I can skip over the part that I appear to dread. I ask myself if perhaps there's another angle I could take, or if there's some detail that might reinvest the situation with interest for me.

Sometimes a random infusion of fact helps, so I go read about a topic about which I know nothing (there are a lot of them) and see if anything floats to the surface. I don't know what I'm looking for, but I know when I find it.

Sometimes reading other writers helps. You learn some little technique that turns out to be useful, or simply are reinspired by the amazing things others do.

And sometimes there's nothing for it but forgetting about the project for a while and letting the brain mulch. I watch a movie, or go out for a walk. Or I take days off, or months, and write something else entirely. I switch between books -– one light and comic, the other dark and heavy, for example. As my editor often says, 'A change is as good as a rest.'

Though she also says, 'I seem to remember we have a contractual agreement that you'll deliver this book on time.'"

A Favorite Sentence: "I can't help but notice, now that you ask, that my favorite lines are usually examples of poor English.

I’m thinking of the first line of Feed: 'We went to the moon to have fun, but the moon turned out to completely suck.'

And the first line of Whales on Stilts: 'On Career Day Lily visited her dad's work with him and discovered he worked for a mad scientist who wanted to rule the earth through destruction and desolation.'

Indifferent English, but still my favorites." 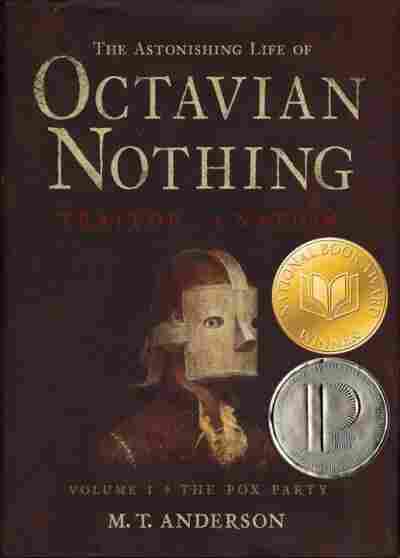 Title
The Astonishing Life of Octavian Nothing, Traitor to the Nation
Subtitle
The Pox Party
Author
M. T. Anderson 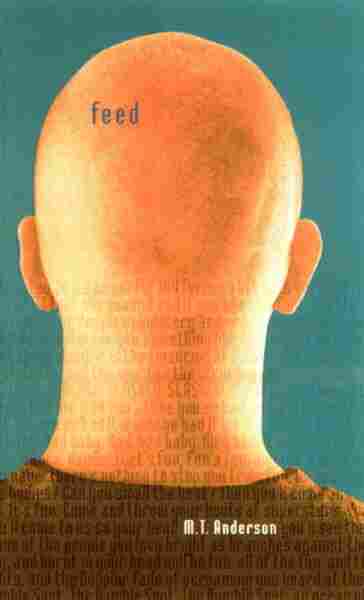