Novelist Bebe Moore Campbell died Monday. She was known to many NPR listeners as a long-time commentator. Her novels about African-American life were best sellers, winning praise for their authenticity and readability, as well as their serious themes.

A voice familiar to many of us is gone. Bebe Moore Campbell, novelist and MORNING EDITION commentator, has died at 56. She left behind her husband, Ellis Gordon, Jr., and two children, plus a devoted readership that made many of her novels bestsellers.

Her books mostly came out of African-American life. NPR's Karen Grigsby Bates was a friend and neighbor.

KAREN GRIGSBY BATES: Black people could recognize who they were and how they lived in Bebe's work. It sounded authentic. She had been there, she had done things, she had written scenarios that many of us had lived. And so I think that's part of what made her greatly beloved to her readers.

MONTAGNE: Perhaps Bebe Moore Campbell wrote with such authenticity because she was a journalist as well as a novelist. Her reporting informed much of her fiction. The lynching of Emmett Till inspired her first novel, "Your Blues Ain't Like Mine." Friend and fellow writer Patricia Elam says that's her favorite of Bebe's novels.

Ms. PATRICIA ELAM (Author): It's just beautifully done. She covers all the issues, and the characters are just so well drawn. It's a book that you just -once you start it's almost like a wheelbarrow ride. It just picks you up and you have to keep going with it.

MONTAGNE: We knew Bebe Moore Campbell here at MORNING EDITION during the 16 years that she wrote dozens and dozens of commentaries for the show. She enlightened us on a range of issues, including the Million Man March back in 1995.

Ms. BEBE MOORE CAMPBELL (Author, Commentator): It's a brother thing, as in a man's got to do what a man's got to do. In this case, a man's got to march in Washington, D.C. Detractors say they have trouble supporting the agenda of the fiery Louis Farrakhan who was well known...

MONTAGNE: Bebe Moore Campbell's most recent book was "72 Hour Hold." It focused on a family's struggle with bipolar disorder, an issue she had dealt with in her own family. Her readers and listeners always knew that she was one of them with the same hopes, concerns, and delights. Here she is ten years ago in a commentary on a much-anticipated Hollywood first - a movie about successful, beautiful, and complicated black women.

Ms. CAMPBELL: Friday ushered in a new African-American holiday - "Waiting to Exhale" Day. Several days earlier all over the country, black women began buying up tickets for the film's opening day as spontaneous theatre parties formed. A lot of sisters say the release of "Exhale" the movie as cause for both celebration and organization.

MONTAGNE: For a lot of readers, and a lot of critics, the release of a new book by Bebe Moore Campbell was a cause for celebration. Jack Daniel is a professor of communications at the University of Pittsburgh. He taught Bebe and he remained a friend for life.

Professor JACK DANIEL (Communications, University of Pittsburgh): There's a traditional African proverb. And even though she is not my child, the proverb says, may my children outlive me. And how great she could have become we don't know. Bebe's just gone too soon.

MONTAGNE: Bebe Moore Campbell died yesterday of complications of cancer of the brain. She was just 56. She once said that her idea of the ultimate dinner party would be a girl's night out with a guest list that would include Harriet Tubman, Madame C.J. Walker and Billie Holiday. You can hear more of Bebe's commentary at npr.org.

Ms. BILLIE HOLIDAY (Singer): (Singing) The end will be tragic and echo a tale that's been told so often. My life revolves about you. What earthly good am I without you? I tell you I mean it. I'm all for you body and soul. 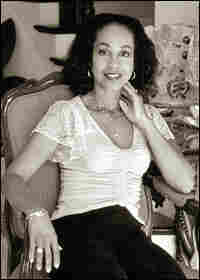 Bebe Moore Campbell was the author of several best-selling books that explored issues of race from several vantage points, including Brothers and Sisters, Singing in the Comeback Choir and Your Blues Ain't Like Mine. Barbara DuMetz hide caption 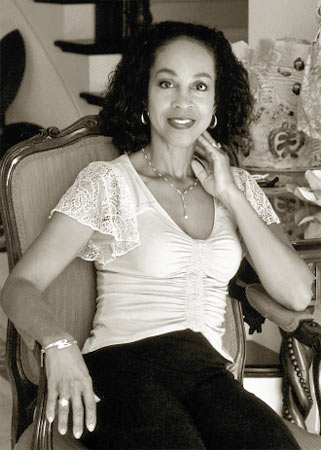 Bebe Moore Campbell was the author of several best-selling books that explored issues of race from several vantage points, including Brothers and Sisters, Singing in the Comeback Choir and Your Blues Ain't Like Mine.

Author Bebe Moore Campbell died of complications from brain cancer at her home in Los Angeles on Monday. She was 56.

In addition to being an author, Campbell was an NPR commentator and an advocate for the mentally ill.

"Stigma is one of the main reasons why people with mental health problems don't seek treatment or take their medication," Campbell said. "People of color, particularly African Americans, feel the stigma more keenly. In a race-conscious society, some don't want to be perceived as having yet another deficit."

Campbell is survived by her mother, husband, daughter and two grandchildren.

Michele Norris talks with Marita Golden, a friend of the author's and a fellow novelist, about how Campbell's journalism background and coming of age in the 1960s shaped her work.