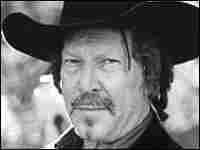 Author and musician Kinky Friedman talks about his music and his new book, The Christmas Pig: A Fable.

He also discusses his recent political campaign as an independent candidate for Governor of Texas.

Excerpt: 'The Christmas Pig: A Fable' 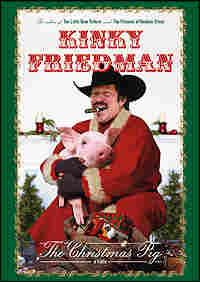 Where Are Feinberg's Shoes?

He was a good king but he was in a bad mood. Christmas was only a month away and he still had not commissioned an artist to paint the traditional nativity scene to be unveiled at the conclusion of the midnight mass.

"I've crushed whole armies for not celebrating Christmas," complained the king to his chief advisor, Feinberg. "Now I can't even properly celebrate it myself. Is there not an artist left in the kingdom? Have they all been burned at the stake?"

"Nay, my liege," said Feinberg. "They certainly have not all been burned at the stake. Some of them have merely starved to death."

"I see," said the king, which, of course, was unlikely. That was because he was a king and not an artist.

Still, he was a good king, as kings go. His name was Jonjo Mayo the First, and, as fate would have it, he would also be the last. As history marched inexorably by, his tiny kingdom would be gobbled up and spit out repeatedly by the Pagans, the Vandals, the Arabs, and eventually, that group that always had considered itself less savage than the other savages, the Christians. Today, sadly, the kingdom can no longer be found on any map. Its boundaries, its nooks and crannies, its very heart and soul have been incorporated by a large, gray, boring country. Indeed, the entire reign of King Jonjo Mayo the First might have been forgotten completely had it not been for the fortuitous intervention of a small silent boy and a pig.

Feinberg, like practically all advisors to royalty, came from mysterious, humble origins. Thus it was that he was not particularly facile in his relations with the knights, noblemen, and other members of the court aristocracy. Indeed, he regarded them as useful idiots, which, indubitably, most of them were. They often mocked Feinberg's eccentricities, of which there were many, and his social skills, of which there were few. Feinberg encouraged this by providing them with various odd behaviors such as occasionally appearing in formal court without his shoes. Whenever these supposed incidents of absentmindedness occurred, King Jonjo would invariably rush to the defense of his advisor like a mother duck to a wayward duckling.

"Where are Feinberg's shoes?" the king would thunder from the throne.

The members of the court would then mutter dutifully amongst themselves for several moments until at last Feinberg himself would make a great show of looking down and pretending to suddenly realize that his feet were bare.

The entire court aristocracy would then scurry hither and thither around the castle under the stern displeasure of the king and, of course, the private enjoyment of Feinberg. Feinberg knew with a certainty that without King Jonjo there would be no Feinberg. On the other foot, the king realized that without Feinberg, there would probably be no one there to follow his orders to search for Feinberg's shoes.

By the time the disgruntled courtiers returned empty-handed, they were further chagrined to find that Feinberg's feet were no longer bare. Not only had the advisor to the throne, mysteriously, perhaps magically, located his shoes, he'd also come up with another harebrained idea that was sure to please the king.

"Your majesty," said Feinberg, when the court had reassembled. "I know of an artist who may just be able to produce the nativity painting in time for the midnight mass."

The court mumbled and rumbled in reaction to this new brainstorm, particularly the small group of noblemen who had been discussing it within earshot of Feinberg, but had been afraid to set it forth themselves before the king.

"He is not a man, your highness," said Feinberg, as the court giggled and sniggled around him.

"When is an artist not a man?" asked the king, somewhat rhetorically. Every time he asked a question, it had the effect of being rhetorical.

"An artist is not a man," said Feinberg, pausing for dramatic effect, "when the artist is a child."

"You are suggesting," said King Jonjo rather incredulously, "that I commission a child to paint the nativity scene for the midnight mass on Christmas Eve?"

"Who better than a child, your highness," reasoned Feinberg, "to paint a child?"

"It's ridiculous, your majesty," shouted a nobleman.

"It's blasphemous!" shouted another.

"And so it is," said the king. "But I admit to being rather taken with the idea. Just who is this child?"

"A ten-year-old boy, my liege," said Feinberg. "From a small village along the northern coastline. He's considered to be a magical boy. Never spoken a word in his life, but paints like a dream." 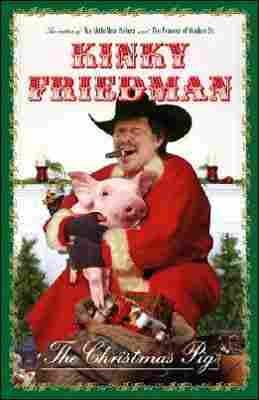