Murray Horwitz and listeners give their picks for the "Best Holiday Movies of All Time."

Your Picks for Best Holiday Movies 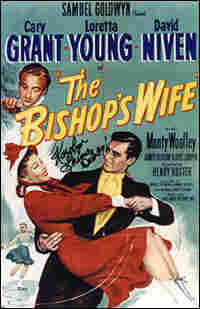 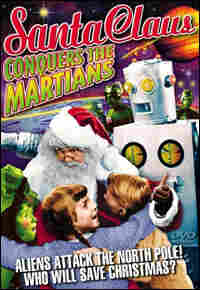 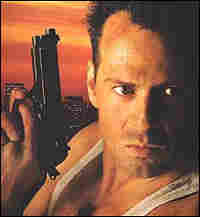 Talk of the Nation asked listeners to send in holiday movies that they never tire of watching. Here's a sampling.

My favorite Christmas movie -- The Bishop’s Wife with Cary Grant, David Niven and Loretta Young; if there are angels that look like Cary Grant, I can’t wait to get to heaven.

Santa, Martians, and Something for Everyone

My choice for best holiday movie would have to be Santa Claus Conquers the Martians. This movie has something for everyone: Love, extra-terrestrial angst, and the idea that Santa Claus didn't assume his position simply from being a lovable pushover. It's only a matter of time before Jerry Bruckheimer remakes this.

Die Hard, X-Mas All Around

My vote for best holiday movie ever is Die Hard. It takes place on Christmas Eve. You have Christmas music, a Christmas party, and at the end, he foils the villain by taping his gun to his back using Christmas wrapping tape.

The Dark Side of 'It's a Wonderful Life'

Obviously you can't discuss holiday films without mentioning It's a Wonderful Life, the ubiquitous Frank Capra classic about a man being confronted with his place in the scheme of things.

I'll admit to being a huge fan of this film for many reasons. But one thing that seems to be ignored quite often is the dark side of George Bailey. His darkness is what ultimately allows him to be redeemed. The suicide attempt that brings George and Clarence together is not just a desperate attempt to save the family from the shame of a scandal at the savings and loan. Those thoughts of suicide are also George's final attempt to get out of Bedford Falls. As scripted, Clarence intercedes and creates the opportunity for George to realize just how important his remaining in Bedford Falls has been to that entire community. But, when the film ends and the final bell rings, I always wonder... will George really be content now in Bedford Falls? Or will the wanderlust set in again? I hope it does... because that bitter little nugget that George hides so well is what makes him most interesting as a character.