Accessibility links
Booksellers Pick Their Holiday Favorites Ah, books: One size fits all, and they're often a clear sight better than fruitcake. If you're at sea amid the scores of books on the shelves, let three independent booksellers help you narrow down your gift choices.

Ah, books: One size fits all, and they're often a clear sight better than fruitcake. If you're at sea amid the scores of books on the shelves, let three independent booksellers help you narrow down your gift choices. (You can print these titles, along with all our other year-end picks, using this master list.) 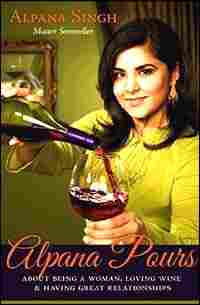 Recommendations from a store by the sea, The Bookmark in Atlantic Beach, Fla.

Special Topics in Calamity Physics by Marisha Pessl: Like Alfred Hitchcock meets The Breakfast Club, this book tells the story from the perspective of a brainy girl named Blue van Meer. Blue's life changes "due to certain nuclear events." In the beginning, you wonder where this book is headed. Once it gets going, you don't really care. It's just a great ride.

Please Mr. Einstein by Jean-Claude Carriere: This book is about a young unidentified woman in unidentified city in unidentified building who finds herself in a room with Albert Einstein. It's a science fantasy that makes your brain hurt a little -- but in a good way.

The Ghost at the Table: A Novel by Suzanne Berne: A really good story that's perfect for the holidays, Berne's book is set at Thanksgiving and follows a family that started off as three sisters, before one died. Their story is paralleled by that of Mark Twain and his three daughters. Berne explores what it means to come home for the holidays.

On Agate Hill: A Novel by Lee Smith: Molly, a girl orphaned by the Civil War, lives with uncles and relatives. We learn about her through diary entries, letters and court documents. She's a strong-willed young girl, and this book follows her through her life -- going to school, getting married to a no-good scoundrel. Smith is good at taking an ordinary life and making extraordinary.

Alpana Pours: About Being a Woman, Loving Wine, and Having Great Relationships by Alpana Singh and Robert Scarola: Singh, the youngest female to be admitted as a Master Sommelier, wants to demystify wines -- and maybe relationships, too. She tells her stories about serving wine to people, and what she's learned in the process. 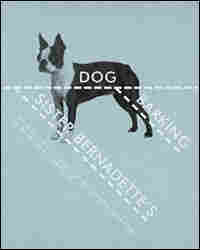 Pohrt is the owner of the Shaman Drum, a bookstore serving the Ann Arbor area of Michigan since 1980.

Home Ground: Language for an American Landscape, edited by Barry Lopez and Debra Gwartney: The editors of this geographical tome asked writers including Robert Hass, Charles Frazier and Barbara Kingsolver to define 850 landscape terms, complementing the text with graceful line drawings by Molly O'Halloran. Pohrt calls the book "enormous fun, because it puts the reader in touch with the dazzling inventiveness we use to describe our world." Hear Readings from 'Home Ground'

Sister Bernadette's Barking Dog: The Quirky History and Lost Art of Diagramming Sentences by Kitty Burns Flore: This season's Eats Shoots and Leaves, Flore's book is a wonderful, reminiscent book for people interested in grammar and language. Quite simply, it's a book about diagramming sentences. (Remember that old classroom task?)

Against the Day by Thomas Pynchon: In his book of 1,000-plus pages, Pynchon offers the history of the world, from the Chicago World's Fair until right after World War I. Like Russian dolls or Chinese boxes, one story comes out of the next. Reading this book is less about narrative than it is about sentences: Length aside, you have to read this slowly to appreciate the way it is so beautifully constructed.

Radical Hope: Ethics in the Face of Cultural Devastation by Jonathan Lear: This is a very poignant story on the collapse of a culture. Lear does an analysis of the oral history of Plenty Coups, the last chief of Crow Indians in Montana. It is interesting to understand psychoanalysis as applied to an entire culture, rather than an individual.

The Echo Maker by Richard Powers: A young man has an accident and is left with a brain lesion, unable to recognize the faces of the people closest to him. Powers delivers a compelling examination of what happens when a person loses his sense of self, occupying the same body, but changed on the inside.

Leaves of Grass: The Deathbed Edition by Walt Whitman: Whitman's poems carry a sense of generosity and inclusiveness -- something that seems quintessentially American. This edition of Whitman's revised poems covers his lifetime, including poems that he wrote at the end of it, about saying goodbye to his world.

Pilgrim on the Great Bird Continent: The Importance of Everything and Other Lessons From Darwin's Lost Notebooks by Lyanda Lynn Haupt: There's an almost spiritual intensity that Darwin brings to looking carefully at things. This book offers an opportunity to see Darwin in a different way, possibly bridging the gap between camps who debate Darwin and evolution. It's a wonderful book for young people.

Lucia Silva, Portrait of a Bookstore 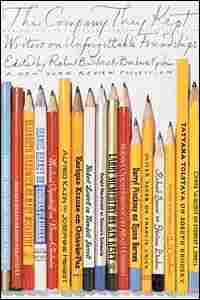 Lucia Silva is the book buyer at Portrait of a Bookstore in Los Angeles, and also endorses titles at her Web site, First Cut Books.

Kristin Lavransdatter by Sigrid Undset: Even if you're not usually into historical fiction, you may fall in love with this story set in 14th-century Norway. The Medieval epic, originally published in three volumes in 1920s, is a guilty pleasure -- almost like a soap opera -- but it won the Nobel Prize.

The Zero: A Novel by Jess Walters: An amazing combination of really haunting prose, with a thriller of a plot and political satire, Walters' novel never feels contrived. It's a reflection of our collective conscious after the Sept. 11 attacks.

The Company They Kept: Writers on Unforgettable Friendships edited by Robert B. Silvers and Barbara Epstein: Culled from pieces published in The New York Review of Books, this is a fabulous collection of writers documenting their intellectual, romantic and platonic relationships. Great escapades, beautiful homages.

Love in a Fallen City by Ilene Chang: Chang is one of great writers of 20th-century China, and this collection features short stories written mostly in the 1940s, but newly compiled. Written with a great sense of place and character, Chang's stories follow characters caught between ancient traditions and modern longings.

Home Ground: Language for an American Landscape edited by Barry Lopez and Debra Gwartney: A collection of writers has been assembled to pen definitions of landscape terms. What results is like a dictionary or encyclopedia of American geographic formations: wonderful definitions of different styles, great digressions, quotes from other writers. A delight to browse.