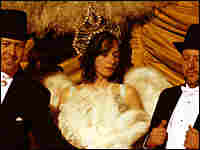 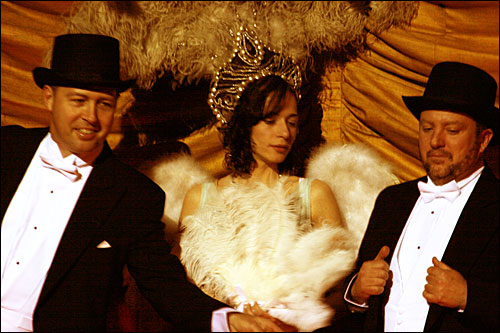 Called "excellent rocking pop" by the Charlottesville Weekly, the Cashmere Jungle Lords play a range of rock styles, from surf rock to what they call an "acoustic 'swamp set'" that includes double bass fiddle, congas, bongos, tambourine and maracas. Based in Richmond, Va., they recorded their latest album in four unusual locations: an old bread factory, a defunct karate studio, a living room and a warehouse. The band says the disc, titled Bloodstone Follies, explores "human folly in all its incarnations using alternative pop stylings."

Bandleader Dominic Carpin produced, recorded and mixed the CD. He and Wayne Pooley, Bruce Hornsby's engineer, mastered it. Guests -- drummer Johnny Hott, of Gutterball, and double bass fiddle player Bryan Martin -- play on some tracks. Drummer "Jungle" Jim Kaylis and John Dacey, on electric bass and backing vocals, fill out the rest. The band has also released Southern Barber Supply and Oodjie Boodjie Night Night. MTV's The Real World and Road Rules featured some of Cashmere's original songs, and the band has also licensed their music to the Oxygen network.

Cashmere Jungle Lords says they shine during live performances. Before shows, they sometimes do skits, such as "The Secret Origins of the Cashmere Jungle Lords," where they go on a quest in search of their drummer. Later, as the audience moves to the music, Dacey dances and Kaylis pounds his drum kit covered in faux leopard fur. Carpin developed a technique for surfing amps. He says he turns the reverb up on his amp, jumps on top of it and shakes it back and forth while making surfing moves. "The springs in the reverb tank start slapping around," he says, "and it makes this wild, crazy sound the crowd seems to love." The band opened for The Who at the Charlotte Pavilion, backed rockabilly legend Robert Gordon and played with bands such as Bruce Hornsby, Los Straightjackets, They Might Be Giants and Southern Culture on the Skids.