Accessibility links
The Right to Be Fully American After Sept. 11, Yasir Billoo found it difficult to be accepted as a U.S. citizen because he was born in Pakistan and practices Islam. But the Miami attorney believes he has the right to be fully American.

Listen
The Right to Be Fully American 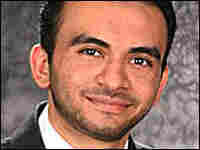 I am an American and like almost everyone here, I am also something else. I was raised to believe that America embraces all people from all faiths, but recently, that longstanding belief -- along with both parts of my identity -- have come under attack. And as an American Muslim of Pakistani descent, this attack is tearing me apart.

Twice, I have sworn to uphold and protect the Constitution and the laws of this nation: once when I became a citizen and once when I became an attorney. I live and work every day with the thought that this is my home. This is the place I can't wait to get back to when I go overseas. I feel the same relief many of you do standing in the customs line and just hearing English again. It is the simple relief of coming home.

But I am also a Muslim. I was born in a foreign land, my skin is not white and I have facial hair even though it barely passes for a beard. Not only am I a Muslim when I pray my daily prayers or when I fast during the month of Ramadan, I am also a Muslim when I walk through airport security or in the mall when I accidentally leave a bag of recent purchases unattended. Every day, I have to introduce myself to new clients, judges and other attorneys and actually think of how I can say my own name so that it might sound less foreign, less threatening.

When I am in Pakistan, I find myself defending America, our way of life and our government's policies. My Pakistani cousins are quick to point the finger at America for any world problems and I push back to ask what the rest of the world has done that is so much better.

When I am in America, my beloved home, I find myself defending Islam, my beautiful religion. I tell people to envision me when they think of Muslims and Islam, not the terrorist mug shots they see on TV. When they can do that, I feel like an American, just like them. When they cannot, I feel like a foreigner.

I am an immigrant, and I still believe in the basic right to be fully American and fully Muslim. But now I pray that America will keep me within its embrace.