Accessibility links
Abject Bitterness Meets Intoxicating Beauty Sometimes out of the messy acrimony of a band breakup comes music of great clarity and passion. Written in 1988 after the dissolution of Husker Du, Bob Mould's Workbook serves as the guitarist and singer's attempt to shake off a season of hurtful accusations and lingering bad feelings. 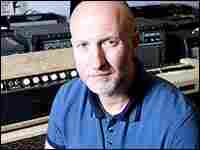 What other great solo records have emerged from the wreckage of acrimonious band breakups? 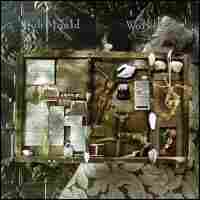 Sinners and Their Repentances

Sometimes out of the messy acrimony of a band breakup comes music of great clarity and passion. Consider, for example, this solo debut by Bob Mould. Written in 1988 after the dissolution of his pioneering trio Husker Du, Workbook's 11 songs serve as the guitarist and singer's attempt to shake off a season of hurtful accusations and lingering bad feelings, while inventing a new musical vocabulary for himself. He succeeds on both counts, creating one of the great post-breakup missives in rock.

Mould dug down to the building blocks of his sound and changed a lot of things. Where Husker Du manipulated gale-force electric-guitar feedback in innovative ways, the electric is used sparingly here, as a solo voice or in strategic spots to impart maximum ferocity. These songs depend instead on ringing, heavily processed and massive-sounding acoustic guitars, frequently coupled with solo cello. This provides a warm cushion for his vocals, which alternate between bitter recriminatory statements about his former associates and more hopeful thoughts of moving on. When Mould looks back, most overtly on "Poison Years" (audio), his voice juts accusingly out from the mix, a knife with a nasty edge. When he falls into a more reflective mode on "Dreaming, I Am" (audio), the vocals are bathed in soft-focus gauze and situated farther back in the mix.

The sound of Workbook is so enveloping, it sometimes masks Mould's development as a songwriter. Though he'd been exploring elaborate song structures near the end of Husker Du, these pieces sound significantly more ambitious, with instrumental passages that ratchet up the tension notch by notch, followed by enchanting and explosive refrains. These are, at times, surprisingly sunny given the overriding vibe of dark anger, and they stand as a big reason this album remains so alluring: It's not often that abject bitterness evolves into music of such intoxicating beauty.