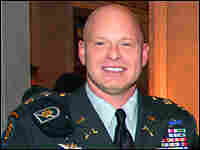 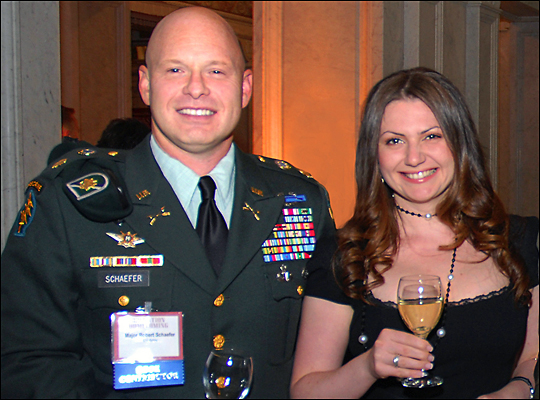 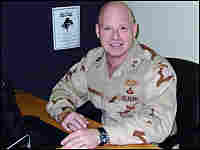 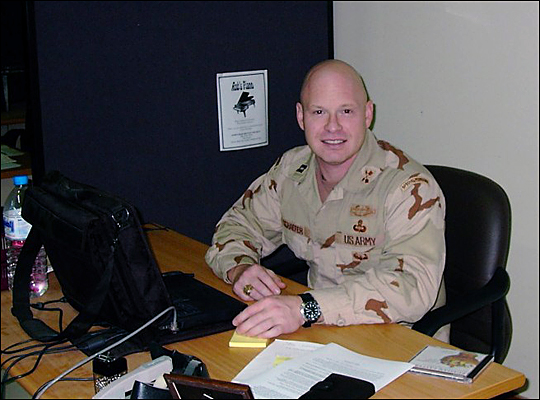 Maj. Robert Schaefer sits at the desk where he wrote poems.

Maj. Schaefer on How the Project Comes Full Circle

'Operation Homecoming' Editor Andrew Carroll and Dana Gioia, Chairman of the NEA, on the Book and Its Contributors

But they were so small, plastic, barely three

soldiers wandered in, curious. One

said: "I wonder what would happen if…."

and gingerly tapped one

with the toe of his boot

which then evaporated in a pink frothy cloud,

arcing lazily through the air

muffled by the sand.

One moment he was alive and curious

and the next, he was just a scattering.

But the second was still alive

And so, to help him, without thinking

others ran into that minefield

We too now running, and I, fastest, first, frozen

by the sight of so much crimson soaked clothing.

I didn't know where to start.

Covered with the essence of others,

mistaken as a casualty myself.

But I would not let them take my uniform

they would still live as long as evidence

of them remained on my sleeves,

torn as they grasped for a few extra moments. 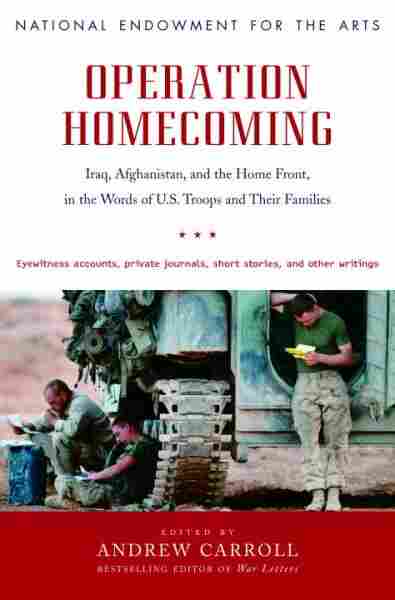 Iraq, Afghanistan, And the Home Front, in the Words of U.S. Troops And Their Families

by Andrew Carroll and Dana Gioia

Title
Operation Homecoming
Subtitle
Iraq, Afghanistan, And the Home Front, in the Words of U.S. Troops And Their Families
Author
Andrew Carroll and Dana Gioia