Accessibility links
Mixed Families Set to Celebrate 'Chrismukkah' For some families, the holiday season is a time for compromise. Chrismukkah, a blend of Hanukkah and Christmas customs, is one of them. Ron Gompertz, author of Chrismukkah: Everything You Need to Know to Celebrate the Hybrid Holiday, talks about mixed traditions with Madeleine Brand. 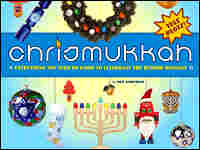 Detail from the cover of Chrismukkah: Everything You Need to Know to Celebrate the Hybrid Holiday. hide caption

A menorah and the National Christmas Tree mark the holiday season in front of the White House in Washington, DC. Jim Watson/AFP Photo hide caption

Tonight is the first night of Hanukkah. But in some houses, you might find a menorah buried in a tableau of lights, tinsel and a manger — all scenes of that OTHER holday.

Christmas is everywhere. As a Jew, you can either do your best to ignore it and go out for Chinese food on Christmas Day — or you can do what Ron Gompertz has done: Embrace it and make it just a little less goy.

He calls his version of the holiday Chrismukkah, a hybrid of Christmas and Hanukkah.

Gompertz, author of Chrismukkah: Everything You Need to Know to Celebrate the Hybrid Holiday, talks about mixed traditions with Madeleine Brand. For some families, the holiday season is a time for compromise.

"The most important thing is to respect your partner," Gompertz says, and to make an effort to learn about family traditions.

His book also includes recipes tailored for the holidays, from Fa-La-La-Latkes and Matzoh Pizza to Gefilte Goose, in which goose takes the place of fish.

"We couldn't do Gefilte Ham, because that just wouldn't be kosher," Gompertz says.

There is a side benefit to the melded holiday, as well: Gompertz's children rake in eight days of gifts, followed by "one day of many, many gifts, he says. 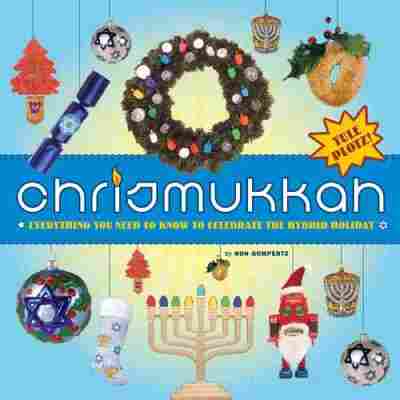 Everything You Need to Know to Celebrate the Hybrid Holiday