Accessibility links
Yusuf Islam: the Former Cat Stevens on His New CD British singer-songwriter Yusuf Islam, formerly known as Cat Stevens, talks about his musical and spiritual journey and performs songs from his new CD, An Other Cup. 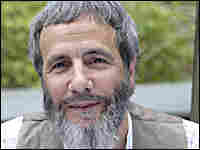 Hear Songs from 'An Other Cup'

I Think I See the Light 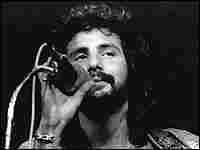 For a singer-songwriter who plays such gently inoffensive music, Yusuf Islam has made a lot of news. After a near-death experience in 1977 helped trigger a spiritual awakening, the artist formerly known as Cat Stevens (and the man long ago known as Steven Demetre Georgiou) converted to Islam and retired from secular music-making in 1979.

Since then, Yusuf Islam has attracted both controversy — boycotts followed reports that he supported a fatwa against author Salman Rushdie in 1989 — and praise for his humanitarian work fighting famine.

After a nearly three-decade absence from secular pop music, the London-based singer returned in November with An Other Cup, which picks up more or less where he left off: with a collection of sweet, catchy, gently uplifting pop songs. In recent years, his classic '70s material — which includes timeless hits such as "Wild World," "Peace Train," "Moonshadow" and many more — has been the subject of an extensive reissue campaign, aided by its continued placement on movie soundtracks.

Here, Yusuf Islam performs songs from throughout his career and chats with callers about his music, his spiritual life and the way the two combine and connect with each other.