Accessibility links
Motown: Not the Same Old Songs A new book argues that Motown was a step in the evolution of the American popular song, a tradition reaching back to songwriters like Irving Berlin, George Gershwin and Cole Porter. 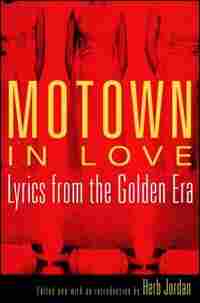 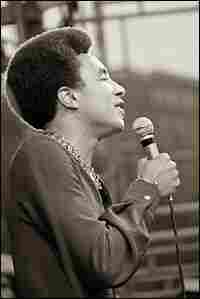 Smokey Robinson, shown performing circa 1972, wrote songs not only for his group the Miracles... Jeff Albertson/Corbis hide caption

'The Tracks of My Tears' - Smokey Robinson and the Miracles 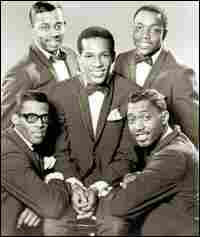 'My Girl' - The Temptations 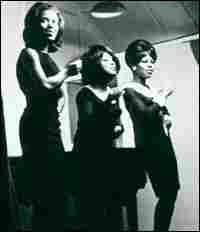 Robinson also collaborated with The Marvelettes ("The Hunter Gets Captured by the Game"). Courtesy Detroit Public Library hide caption

'The Hunter Gets Captured by the Game' - The Marvelettes

-- "The Tracks of My Tears," Smokey Robinson and the Miracles (Listen)

It's been more than 40 years since the songs of Motown first hit the airwaves and made radios come alive. They're now so ingrained in our musical consciousness that we take them for granted.

The lyrics of many of Motown's best-loved love songs are collected in a new book called — what else? — Motown in Love. The book argues that Motown was a step in the evolution of the American popular song, a tradition reaching back to songwriters like Irving Berlin, George Gershwin and Cole Porter.

Berry Gordy — a songwriter and former boxer — founded the Motown family of labels in 1959 with $800. Smokey Robinson was a charter member, writing hit tunes for his own group the Miracles, as well as other Motown artists.

By 1965, Motown had been nicknamed Hitsville and Gordy had built a music-producing empire that's often compared to the assembly lines of the automobile industry. Herb Jordan, a music producer and editor of Motown in Love, sees it differently.

"It was really this creative enclave, a salon, if you will, where brilliant musicians from many different traditions — from jazz, from gospel — convened, passed on musical knowledge and a love for a lyric and for a great song. The motivation of the book is to really get people to understand that behind these fantastic performances by The Supremes, The Temptations, The Four Tops, there were a group of songwriters who were masters at their craft. The songwriters labored over the lyrics. They labored over the phrasing."

The lyrics of Motown are more than just words to feel-good songs for the Big Chill generation. But can they be considered American standards — like the best Tin Pan Alley tunes?

According to Jordan, that's exactly what Motown songwriters grew up listening to. "Every household in black America had Ella Fitzgerald records, Duke Ellington records, Sarah Vaughn records. They were playing the music of George Gershwin, Jerome Kern. So most people of that era grew up with those songs — they grew up with the great American songbook."

For black America, the 1960s were a decade filled with social protest and raw emotion — especially in cities like Detroit. And yet this urban center produced uplifting songs of love.

"At Motown, 95 percent of the songs were written by young, black men," Jordan says. "They wrote for the male and female artists, and brought to it a sense of vulnerability any English professor would be proud of. Coming out of Detroit, one of harshest environments you could imagine, they elected to write love songs."

"Love is my favorite subject to write about," Robinson says. "You see, love is the only thing that's there that I can think of that will be everlasting, and I want to write everlasting songs."

Forty years after they first rolled off the assembly line, the love songs of Motown sound fresh and still run reliably, with lyrics that balance literary elegance and a hip, street vernacular.

One could say the same thing about the most enduring and loved songs by songwriters like Rodgers & Hammerstein, or Jerome Kern, or Johnny Mercer. By this measure alone, it's clear that Motown has written its own chapter in the Great American Songbook.

Ashley Kahn is the author of the book The House That Trane Built: The Story of Impulse Records.

The 'Silent Architects' of Motown 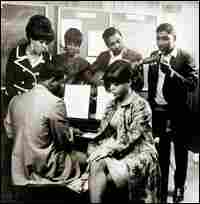 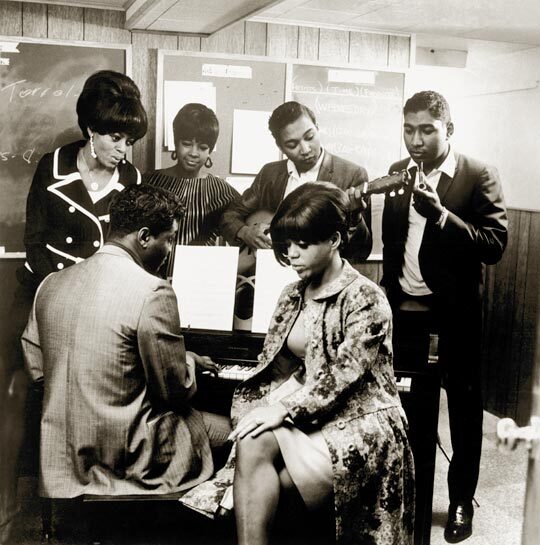 "I call them the silent architects of Motown. Very often the public has no idea who wrote the song." -- Herb Jordan, music producer and editor of the book Motown in Love

In its heyday, Motown was a music-producing empire that is still often compared to the assembly lines of the automobile industry. Herb Jordan sees it a little differently: "It was really this creative enclave, a salon, if you will, where the brilliant musicians from many different traditions -- from jazz, from gospel -- convened and passed on musical knowledge and a love for a lyric and for a great song. Berry Gordy recognized the value of a great song. Songs were chosen in a trial by fire and it was very competitive between songwriters."

Smokey Robinson was a charter member of the Motown "salon," and recalls the competitive spirit, and how it fell into a weekly ritual.

"We not only looked at everybody outside of Motown as our competition, but we looked at each other as competition, you know what I mean? Nobody was not competition in our eyesight. And we had better come with a great song, because when it came to Monday morning meetings, your song was either shot down, or given the thumbs up."

Not surprisingly, as Robinson notes, "the writers and the producers wrote songs that were pinpointed or designated for a said artist -- like 'My Girl' was definitely a Temps song. It was definitely a David Ruffin [of the Temptations] song. Very few of the songwriters wrote a song and then said, 'Let me see who this song would be good for.'"

Robinson was one of a number of great songwriters that defined the Motown legacy: a group that also includes lesser-known individuals like Mickey Stevenson, Ivy Jo Hunter, Marilyn McLeod. Four songwriters or songwriting teams that benefited from the creative pressure-cooker Gordy created in the'60s, and received the thumbs up to have Motown groups record their material, are celebrated below.