Accessibility links
Rehab Nation: The Only Way to Say You're Sorry In light of Miss USA getting to keep her crown after a run of under-age binge drinking, commentator and fellow naughty girl Elizabeth Wurtzel says that going into rehab after you've seriously screwed up is the only way to show contrition in the public eye. A simple apology is not enough anymore.

Listen
Rehab Nation: The Only Way to Say You're Sorry

In light of Miss USA getting to keep her crown after a run of under-age binge drinking, commentator and fellow naughty girl Elizabeth Wurtzel says that going into rehab after you've seriously screwed up is the only way to show contrition in the public eye. A simple apology is not enough anymore.

If you've caught a glimpse of cable television over the last day or so, you've seen it. The popping flashbulbs, the tears, the Donald and Tara Conner, Miss USA, at the center of it all, asking for forgiveness for drinking underage and other acts unbecoming for a beauty queen.

Ms. TARA CONNER (Miss USA 2006): I'm willing to do what ever it takes. It's not only giving chance to have some to better myself, but to better me as a Miss USA. And I plan - I'm walking out of this the best Miss USA that you've ever seen. I want to apologize to my family if I've done any disgrace upon you.

NORRIS: In addition to that apology and those promises, Tara Conner has also agreed to enter rehab.

That came as no surprise to commentator and rehab survivor Elizabeth Wurtzel. She's the author of "Prozac Nation." And she's noticed that an apology just doesn't seem to do the trick anymore. Checking into a rehab is now necessary for cultural redemption.

ELIZABETH WURTZEL: In the "Wizard of Oz," Dorothy thought there was no place like home. But really there's no place like rehab. You check in. They give you a backless hospital gown. The orderlies give you cranberry juice and no matter what you say, everyone says I understand.

This is quite a change from a life in which if you've been drinking and drugging to excess, everybody has been telling you I don't understand. Yes, most of what the common drug addict most commonly hears for the weeks or months or years leading up to rehab is the phrase I don't understand.

Certainly, if you were an underage Miss USA out on a binge, if you're a Congressman Mark Foley sending lascivious text messages to an underage page, or if you're Mel Gibson screaming anti-Semitic slurs at the cops, one can only hope that someone is saying I don't understand.

But of course, this is terribly tiring. So you go to rehab where everyone understands and plies you with Ocean Spray. This is the last act of contrition the public (unintelligible) will put up with any longer, the final frontier of forgiveness. And even at that, it is an iffy story on both sides, neither quite meaning it all the way. The penitent posits that drugs made her do and we accept her back into straight society on condition of a 28 day inpatient penance. It's the new rate of apology exchange and everyone knows it's nonsense but goes along with it because it's still 12 steps beyond the simple sorry.

The simple sorry, of course, used to suffice. Richard Nixon could remain in the race for the vice president by making the maudlin checkers speech. Bill Clinton could stay president by saying he couldn't conjugate to be, that he didn't know what is, is. Rehab is a genuine revelation for the genuine of heart. But will it be for Miss USA?

The idea of running for cover is not new. The Old Testament in the Book of Numbers orders the Israelites to establish the city of refuge, Arei Miklat(ph) in Hebrew, where an accidental killer could flee to evade the wrath of the next of kin in the wake of his sin. Six such retreats were to be built on either sides of the Jordan River for the man who erred.

In his Torah commentary, Rabbi Ephraim Buchwald sees these cities of refuge as proof that the Bible was preternaturally compassionate and prehistorically ahead of its time. The Arei Miklat was a place where sinful citizens could, as Rabbi Buchwald puts it, undergo rehabilitation and the process was the equivalent of group therapy. Perhaps Mel Gibson should reconcile with the Jews after all. 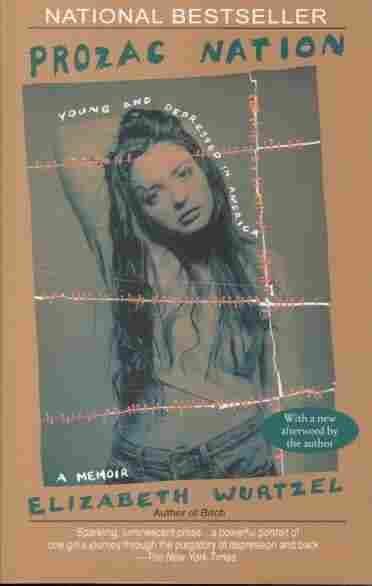 Young and Depressed in America : A Memoir