Accessibility links
For Writer Lillian Ross, the Story's in the Details Author Lillian Ross talks to Steve Inskeep about her techniques and the subjects she has profiled for her work at The New Yorker, where she has been writing since 1945.

Listen
For Writer Lillian Ross, the Story's in the Details 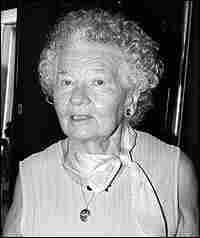 Lillian Ross has been writing for The New Yorker since World World II. Courtesy 'The New Yorker' hide caption

Writer Lillian Ross joined the staff at The New Yorker in 1945, and is one of the few writers who boasts the disinction of having worked for all five editors since the magazine's inception. Her work has been compiled in several books, including Talk Stories (1966), Takes (1983) and Reporting (1964). She discusses her work with Steve Inskeep.

Ross' profiles of famous people include rich details that bring the subject alive on the page. Ernest Hemingway liked to talk in broken English. During a conversation at dusk, Hollywood director John Huston deliberately left off the lights as if arranging a shot in his own film noir.

Ross began an article on Charlie Chaplin by describing him in the Plaza hotel, fretting over some soiled laundry.

"That's what he was," said Ross. "He was uneasy, uncomfortable in social situations. He didn't walk around with money. Using all these little minute details really revealed the person."

Excerpt from 'Portrait of Hemingway' 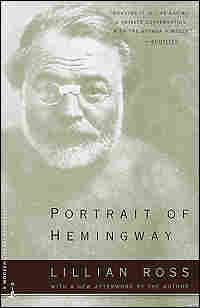 One of the earliest of my privileged friendships that developed with people I've written about was with Ernest Hemingway and his wife, Mary. In 1950 -- when he was, as he liked to put it, "half a century old" -- I wrote a long Profile about him in The New Yorker, and after it appeared, I didn't understand why some people were almost deliriously censorious about the way Hemingway talked and the way he enjoyed himself and the way he was openly vulnerable. By now--having the advantage of years of friendship with the Hemingways after the publication of the Profile--I've gained some insight into that peculiar response to him.

I once wrote, in an Introduction to an edition of my book Reporting: "Anyone who trusts you enough to talk about himself to you is giving you a form of friendship... If you spend weeks or months with someone, not only taking his time and energy but entering into his life, you naturally become his friend. A friend is not to be used and abandoned; the friendship established in writing about someone often continues to grow after what has been written is published." That's the way I like it to be for me.

As a friend, Hemingway was stalwart. He had told me to feel free to write whatever I chose to write about him, and he never reneged. "I thought your piece was a good, straight OK piece," he said about the Profile initially. A week later, he said: "Don't ever worry about loseing" -- it was his habit to keep the "e" in his participles -- "me friends nor anything about piece." He added, "I take the wind like an old tree; have felt the wind before; north south east and west." Another time he said that he lost about a friend a day over the Profile. "But what the hell; any friend you can lose you might as well lose them early and anyway it is too late." Once he said: "Please don't think you ever have to answer any jerks or ever defend me. I am self-propelled and self-defendable." And again: "Actually good old Profile made me about as many enemies as we have in North Korea. But who gives a s---? A man should be known by the enemies he keeps." Several years later, he told me that people continued to talk to him about the Profile: "All are very astonished because I don't hold anything against you who made an effort to destroy me and nearly did, they say. I always tell them how can I be destroyed by a woman when she is a friend of mine and we have never even been to bed and no money has changed hands?"

He had some succinct advice for me as a writer: "Just call them the way you see them and the hell with it."

Throughout the succeeding eleven years, until his death, Hemingway wrote scores of letters to me. Mary also wrote from time to time. An unshakable friendship developed, and Hemingway called our correspondence "the best invention since penicillin." He paid me what I considered the ultimate compliment, when he said, "I know you will stick like the Third or Fourth Infantry Divisions." I last heard from him in 1961 -- fourteen years after we met -- when he was in St. Mary's Hospital in Rochester, Minnesota, where he had gone to seek medical help. It was about five months before he killed himself, in Ketchum. After that, I would see his wife, Mary, from time to time, especially when she came to live in New York, until her death in 1986.

In his letters to me, Hemingway often used the joke "Indian" talk he had invented in conversation with his wife and friends, dropping his articles and being intentionally ungrammatical. He knew that time was short ("Time is the least thing we have of," as he says in the Profile) so he devised a way of talking that was free and loose and full of his own kind of shorthand. He kidded around in other ways, too. For example, while writing a letter he would switch from typewriter to handwriting: "Had to quit typing due to my self pity + cramps. There are a lot of compensations in life. Anyhow, I don't have to re-marry Dorothy Parker. Please write. Huck Hemingstein." Or: "Wrote you a funny letter last night when yours came. But had to tear it up because it was too rough. I shouldn't have said that about the sin house, etc. anyway. But I got used to telling the truth to you and it's a hell of a habit to stop. Probably am just as much of a jerk as those bastards that rush to their analysts. My analyst's name is Royal Portable (noiseless) the 3rd." He also liked to refer to his typewriter as the Royal Deportable Machine.

Occasionally, he would apologize for his "sloppy writing." And he would ask, "But you don't want me to write all the time with a hard, gem-like flame do you?" Then he would throw in a Hemingway sentence as only Hemingway could write it. In talking about the "haunted, nocturnal life" he led in Cuba, he once wrote that he had been up since "0230" and it was now "0530": "It is getting light now before the sun rises and the hills are grey from the dew of last night."

Excerpted from Portrait of Hemingway by Lillian Ross Copyright © 1999 by Lillian Ross. Excerpted by permission of Modern Library, a division of Random House, Inc. All rights reserved. No part of this excerpt may be reproduced or reprinted without permission in writing from the publisher. 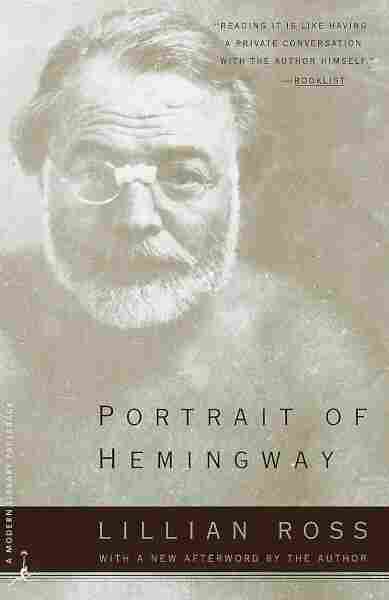 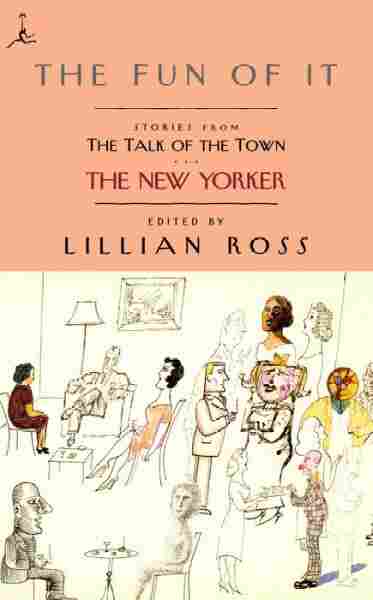 The Fun of It

Stories from the Talk of the Town 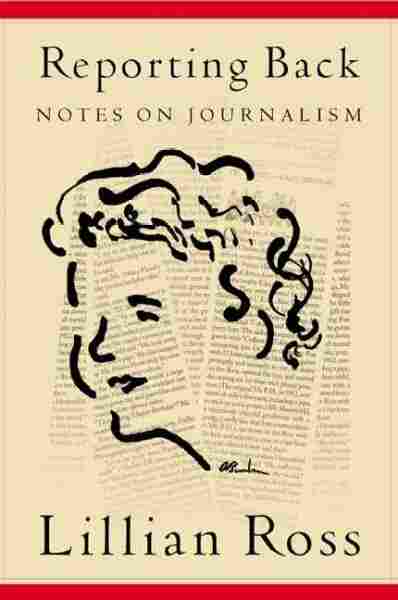