Accessibility links
Before Harry, the Most Popular Potter Was Beatrix Children's author Beatrix Potter is the subject of a new movie starring Renee Zellweger. But the film covers only a small chapter in the life of an accomplished woman, whose obsessions included the reproductive habits of mushrooms as well as the life of Peter Rabbit.

Listen
Before Harry, the Most Popular Potter Was Beatrix 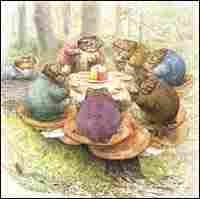 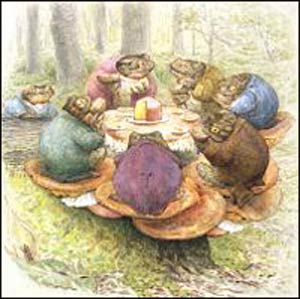 Children's author Beatrix Potter is the subject of a new movie starring Renee Zellweger and Ewan McGregor. Miss Potter is mostly a love story between the author and her publisher, based on events that occurred around the time Potter was creating her Peter Rabbit stories.

The film is enchanting but covers only a small chapter in the life of a very accomplished woman.

Beatrix Potter grew up in an upper class family in reserved, Victorian England. They lived in London but summered in the country, in Scotland or the Lake District.

Beatrix didn't have many friends, except for her younger brother and a menagerie of animals: a hedgehog, a bat, mice and, of course, rabbits. "She took them with her everywhere," said Judy Taylor, author of several books on the writer, including Beatrix Potter: Artist, Storyteller and Countrywomen. "She didn't like to be separated from them. She took her rabbit Benjamin out for walks on a lead in the garden. And she was very cross because the gamekeeper kept giving him peppermints to eat and it gave him toothaches."

She also drew her pets -- as well as bugs, frogs and snails -- in minute detail, down to the tiny hairs on a beetle's legs.

It's perhaps fitting that the new movie about Beatrix Potter is directed by Chris Noonan, whose last film, Babe, was about a very clever little pig and his array of animal friends.

Noonan wasn't really a fan of Beatrix Potter's and at first he didn't think he was the right person to direct a movie about her.

"I thought it would be cute and cloying and too sweet," he said. "So when I read the script I was pleasantly surprised. It's a very emotional story. I thought I knew who Beatrix Potter was but I had no idea what she'd done or what her life had been like."

She was privileged and she was kept away from other children. She's been described as shy but she was also ambitious. And she didn't marry until she was 47, not the norm in the early 1900s.

The movie makes a pretty big deal out of the fact that Beatrix Potter's parents did not want her to marry her publisher, Norman Warne. He's "in trade," they said -- at the time considered lower class.

Renee Zellweger plays Potter as a determined, disciplined artist who's not easily dismissed. In truth, Potter was rejected by several companies before Frederick Warne agreed to publish The Tales of Peter Rabbit in 1902. And even then, the Warne brothers didn't exactly welcome her with open arms. They did not foresee much in the way of profits.

The movie covers Potter's phenomenal success with her children's books but leaves out a significant part of her life.

Linda Lear is the author of Beatrix Potter: A Life in Nature. The Potters were Unitarians, she said, known as reformers, artists and scientists. That heritage showed up in Beatrix's passion for science.

Mushrooms were one of her obsessions. She studied how they reproduced and made a major discovery (although she was never credited with it). "She realized that they had to reproduce by spores, and how they might be lichens in symbiosis," Lear said. She submitted a paper about her discovery to the prestigious Linnean Society. Lear believes that the men of science probably never read it. Years later, her theory proved to be correct.

She also made meticulous but graceful drawings of mushrooms.

"They reminded her of fairies," Lear said. "They came and went sort of mysteriously in the grass."

The movie may slight Potter's scientific endeavors, but it does capture her intensity and her wit.

She has a dark sense of humor and she's a realist, said director Chris Noonan. "Even the story of Peter Rabbit has Peter's mother warning Peter not to go near Mr. McGregor's garden 'because your father had an accident there. He was put in a pie by Mr. McGregor's wife.' So we're told rabbits get eaten."

That no-nonsense quality served Beatrix Potter well, years later, when she owned and managed a working farm in the Lake District, where she lived the last 30 years of her life. She was even elected the first woman president of the Herdwick Sheepbreeders Association.

When she died in 1943, Beatrix Potter left more than 4,000 acres of her land in the Lake District to the National Trust to preserve its farming culture and natural landscape. 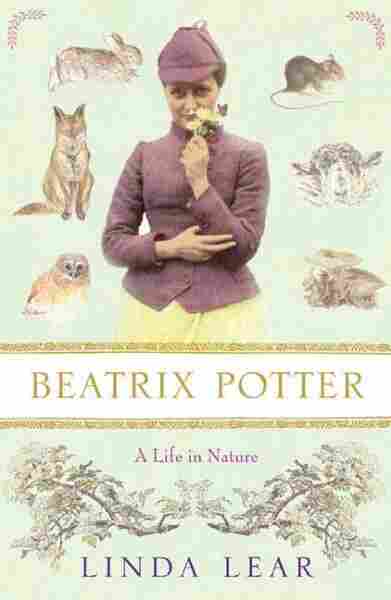 A Life in Nature 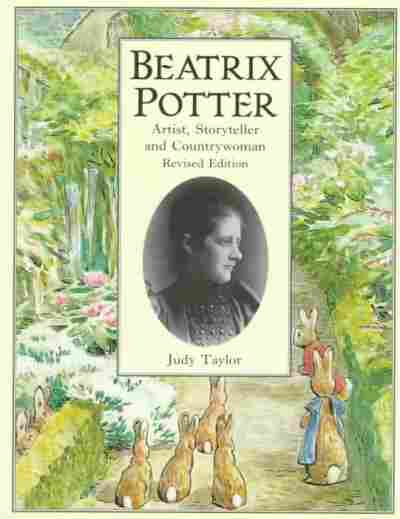 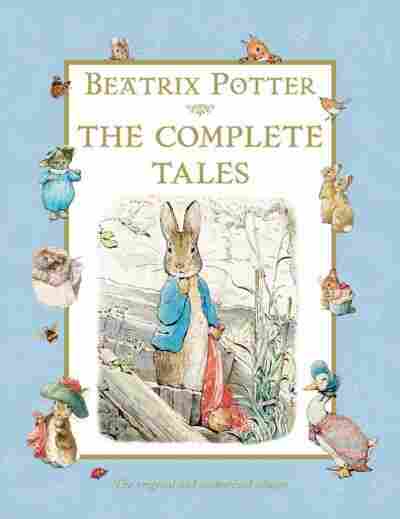 The Complete Tales Of Beatrix Potter