Accessibility links
Just Like Pastrami Lee Shulman's belief has its roots in the Jewish delicatessen of his childhood. Now the longtime educator says life, like pastrami, is best when marbled with flavors and savored for its rich complexity. 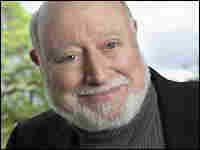 toggle caption
Carnegie Foundation for the Advancement of Teaching

I believe that pastrami is a metaphor for a well-lived life, for a well-designed institution and even for healthy relationships. Pastrami is marbled rather than layered. Its parts, the lean and the fat, are mixed together rather than neatly separated. Too much of life is lived by adding layers that don't really connect with one another.

When I was about 12, my parents bought a small Jewish delicatessen on the northwest side of Chicago. And that's where I learned about pastrami. I worked at the counter and I learned the differences between well-marbled and merely layered meats. My Dad would explain to me that some customers wanted him to slice away all of the fat on a brisket and then they'd come back to complain that the meat wasn't juicy. He'd sigh and explain that without marbling, they'd never get what they wanted.

I've seen the wisdom of my Dad's insight over time. When I started teaching college, my mentors warned me against having any interest in my students' lives outside the classroom. In my first month on the job, I taught a 500-student class. One day a young woman came to my office to tell me she wouldn't be able to complete all the course requirements. It turned out her husband had been killed in a car accident the month before. She was a 19-year-old widow.

I then began to wonder about the other 499 students. Their stories may not have been as extreme, but I would have been a fool to think their lives wouldn't have an impact on the classroom. Learning and living were marbled in my students' lives, not layered. To teach, advise and mentor them, I needed to be sensitive and aware of their tragedies and celebrations, their ambitions and their anxieties.

Separate layers are much easier to trim from the brisket. Separate layers are much easier to build, to schedule and to design. But I believe that marbling demands that we work with the messy world of people, relationships and obligations in their full, rich complexity. The diet mavens inform us that marbling can be dangerous for our health, but as an educator I'm willing -- even obligated -- to take the risk. I want to marble habits of mind, habits of practice and habits of the heart with my students -- just like pastrami.