Accessibility links
The Bouncy Joy of 'Heart and Soul' The song has been a favorite of amateur piano players for decades. Two great talents combined to write it, and Bea Wain was the first to record it... but certainly not the last.

Listen
The Bouncy Joy of 'Heart and Soul' 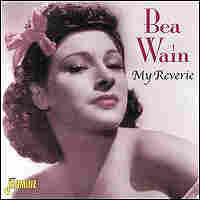 Bea Wain was the first to record "Heart and Soul," which became a No. 1 hit in 1939. hide caption 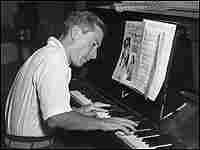 Hoagy Carmichael at the piano in 1945, about seven years after writing "Heart and Soul." George Konig/Keystone Features/Getty Images hide caption 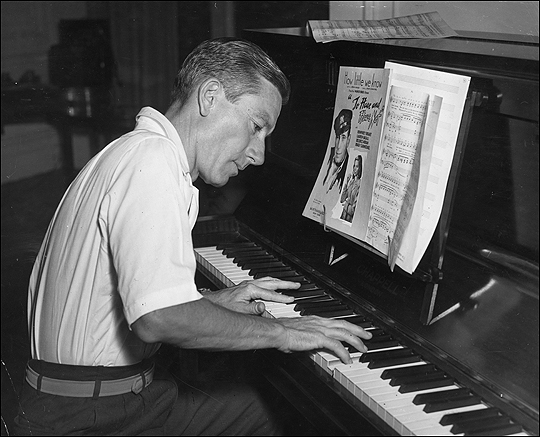 Hoagy Carmichael at the piano in 1945, about seven years after writing "Heart and Soul." 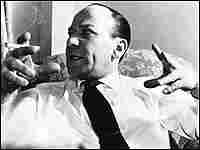 Frank Loesser, photographed in 1957. His career was just beginning when he provided the lyrics to "Heart and Soul" — lyrics hardly anyone remembers today. Hulton Archive/Getty Images hide caption 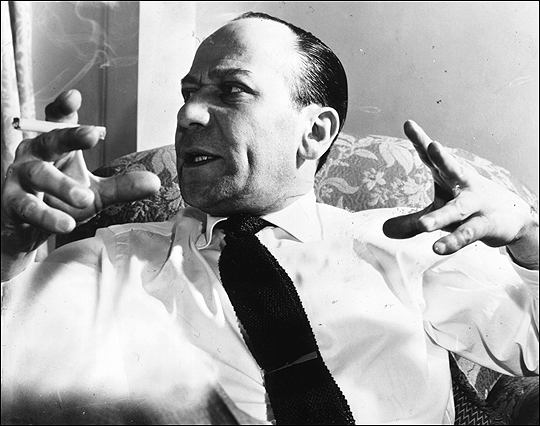 Frank Loesser, photographed in 1957. His career was just beginning when he provided the lyrics to "Heart and Soul" — lyrics hardly anyone remembers today.

It's holiday season, and that means it's party time. Parties make me think of a particular song that, like no other, insinuated itself into almost every social gathering at one time.

It doesn't take more than a couple of beats to tell what it is, and the impulse is to just join in.

And that's what traditionally happened when anyone started playing the jaunty bass part of the song "Heart and Soul."

Somebody was always around to run over and play the melody. You just had to. One person told me she lived next door to omeone and they both had pianos; so they'd play "Heart and Soul" — through the wall. One playing the bass in one apartment, the one next door pounding out the melody in octaves. It was infectious.

What nobody remembers, now, is what "Heart and Soul" actually was: No, not a folk tune; not some traditional song that's been around forever; but a fully composed pop tune — a hit of another era.

Music by Hoagy Carmichael; lyrics by Frank Loesser. The year was 1938. It was their first collaboration.

Both were under contract to Paramount Pictures, working in Hollywood, says Will Friedwald, author of Stardust Melodies. He reminds us that as unlikely a pair as these two songwriters were — the Indiana-born Carmichael in mid-career and the New York boy Loesser just starting out — there was this moment that was theirs.

"Heart and Soul" was introduced in a short film called A Song Is Born, with Larry Clinton and his Orchestra.

Clinton had discovered a young singer in her late teens, named Bea Wain. She had sung an eight-bar solo on the radio, and Clinton said he knew right away she was what he wanted in a singer.

Wain spent about a year and a half with Clinton, and they had their share of hits, including "Deep Purple."

After it hit, Wain took it out on the road to college proms.

Later, many others recorded it, from Ella Fitzgerald to Dean Martin to Dave Brubeck.

But the way "Heart and Soul" caught on, the way it delighted and excited piano players, well, that was something different. One of life's mysteries, perhaps.

Wain has her own idea of why it was such a success story.

"Musically, '38, '39, the early 40's, those were the best times for our kind of good music," she says. "The songs were wonderful, and people could sing them themselves... and that's how they became hits as well."

This song, though, was more than just a hit; it was in the minds and hearts and souls and fingers of generations of kids, hammering it out, over and over.

Sara Fishko is a reporter for member station WNYC.

All news is bad news. Or so the saying goes. Many Brits firmly believe this — and use it as a branch to beat their journalists, one of the more despised species in these isles.