Accessibility links
Sit Right Down and Write Your Future Self a Letter Five for Friday looks into its crystal ball and sees new movies worth watching, a new book worth reading, new music worth listening to, new ways to celebrate pies and — drum roll, maestro, if you please — a new way to write yourself a letter to be delivered in the year 2037.

Sit Right Down and Write Your Future Self a Letter

Sit Right Down and Write Your Future Self a Letter

Five for Friday looks into its crystal ball and sees new movies worth watching, a new book worth reading, new music worth listening to, what may be the best banana cream pie recipe on earth and — drum roll, maestro, if you please — a new way to write yourself a letter to be delivered in the year 2037! (And no, we don't mean stick a stamp on it and count on inevitable post office delays.) 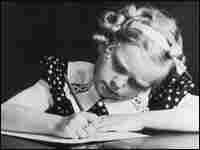 Dear Future Me, Will I still have to wear my hair in ringlets in the year 2037? Sincerely, Present Me. FPG/Hulton Archive hide caption

What It Is: A Web site that will deliver e-mails ... in the future!

I know that things come and go in the Web world. So a year from now, you might not even exist. And everyone will probably forget that you provided us with cool stuff to do each weekend.

But just in case you stick around, we're sending you this letter. That's because we stumbled across a Web site called Future Me. The premise is pretty simple: pen an e-mail to anyone, including yourself, on Future Me's Web site, put any date on the e-mail (between tomorrow and Dec. 31, 2037) and Future Me will deliver the contents of the e-mail to the inbox on the specified date. You can send yourself grocery lists for next week, or memories for the next decade. (But be sure to use an e-mail address that you know will last.)

So, Five for Friday, what's it like in the future? Is American Idol still on the air? Is Steve Jobs still releasing products. (He'd be almost 90 now, right?) Is Susan Stamberg still making Mama's cranberry relish? Maybe, maybe, definitely yes.

See ya later, Five for Friday. Hope the future for you contains a lot of lists of things to do.

Melody Joy Kramer, who's spending the year at NPR as a Kroc Fellow, will be old – but not as old as her editors — in the year 2037.

A Royal Flush at the Golden Globes 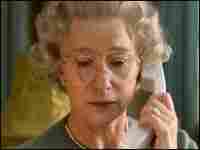 Let me tell you a tale of two royals, and why this weekend offers a chance you shouldn't pass up to catch up with the one you've likely missed.

A pair of movies — The Queen and The Last King of Scotland — opened within three days of each other last September. Both had amazing leading actors — Helen Mirren as Queen Elizabeth II, Forrest Whitaker as Idi Amin (the title of the film is one of many the African dictator conferred on himself). Both started out with limited runs in NY/LA (three theaters for her, four for him), both got great reviews and both sold out to the rafters that first weekend (taking in more than $35,000 per theater).

Then for some reason, Helen Mirren's Queen started pulling ahead of Whitaker's King, and she has never looked back. Almost three months into their respective runs, her movie has played at almost six times as many theaters as his and has taken in $68.1 million worldwide, nearly 20 times as much as King.

This week, both Mirren and Whitaker won lead-actor honors at the Golden Globes, and they're almost certain to be up for Oscars as well. Deservedly. They're that good.

Chances are, you've seen her. You really ought to see him.

The Queen earned a spot on NPR movie critic Bob Mondello's list of the best movies of 2006.

Blues You Can Use in the Pews 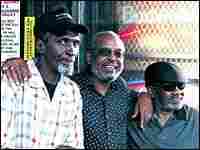 The gospel-and-blues singers like to point out that "Jesus turned water into wine, not wine into water." Alligator Records hide caption

Album: State of Grace by the Holmes Brothers

What It Is: Rootsy rhythm and blues (and gospel, too)

Their voices are rough enough for a juke joint and smooth enough for church. And there's plenty of music for both venues in the new Holmes Brothers album.

Songs like "Those Memories of You" (with guest singer Joan Osborne) and "I've Just Seen the Rock of Ages" (featuring Levon Helm on vocals, snare drum and mandolin) seem to come straight from Sunday morning.

On the bluesier side of town, they cover country and rock songs with a twist, so they never sound like just another bar band. Accordion and Cajun fiddle are added to a Louisiana-fried version of Creedence Clearwater Revival's "Bad Moon Rising." And Nick Lowe's "(What's So Funny 'Bout) Peace, Love and Understanding?" is slowed down and turned into a plea, sprinkled with Glenn Patscha's organ work.

The strangest song on the album is "Gasoline Drawers," in which a lover tells his girlfriend that he'd run through hell in flammable undies*. Now that's a state of disgrace.

*Scholars of sitcomology might recall a similar underwear image once used by the scribes for the TV series Cheers, in which Norm observed, "It's a dog-eat-dog world and I'm wearing Milk-Bone underwear."

Matthew Socey hosts "The Blues House Party" and is a film correspondent for "The Art of the Matter" at WFYI in Indianapolis.

Reach for Some Pie for a Natural High

What It Is: A celebration of all things baked in a crust

What To Do: Pick up a peck of perfect pies 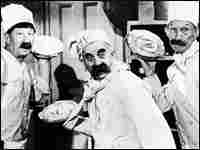 In a coincidence of cosmic proportions, President Bush will deliver his State of the Union address on National Pie Day.

Actually, the two events are not that disparate. A 1902 article in the New York Times noted: "Pie is the American synonym of prosperity and its varying contents the calendar of the changing seasons. Pie is the food of the heroic. No pie-eating people can ever be permanently vanquished."

What's the best way to celebrate National Pie Day? Some people simply make sure the day's menu includes a slice or two of fresh pie. Others make pie charts or enter pie-eating or pie-throwing contests. But true pie-lovers might want to throw a pie party where everyone brings a homemade pie, everyone eats a lot of pie and everyone takes home a plate full of leftover slices.

This weekend is a perfect time to start a little pre-Pie Day celebration. For inspiration, we asked Ron Silver, owner of Bubby's Pie Co. Restaurant in New York City, to share a banana cream pie recipe from Bubby's Homemade Pies, which is due out next summer.

What Really Happened to That Goldfish? 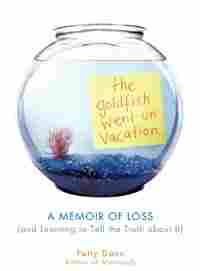 Book: The Goldfish Went on Vacation: A Memoir of Loss (and Learning to Tell the Truth about It)

What It Is: A touching memoir about loss and what comes after.

How do you tell your 3-year-old son that his father, your husband, is dying of brain cancer? The short answer is you can't — but you must. And so you do, and somehow you endure. That is the major lesson learned, and now taught, by Patty Dann in her brief, touching memoir about loss and what comes after.

Through a collage of deftly told vignettes, Dann — best known as author of Mermaids, the novel on which Cher's hit movie was based — chronicles with necessarily dark irony the nightmare mutation of a gently learned husband who was fluent in multiple languages to a man whose brain could no longer remember the purpose of a paper clip. She takes her title from the weasely way another mother explained the far lesser loss of a pet goldfish to her 4-year-old: "The goldfish went on vacation." Determined to tell the truth, but unsure how to comfort her son (let alone herself), Dann turned to Sallie Sanburn, a children's therapist who is an expert in issues of trauma and loss. Sanburn's basic message: Honesty is the only policy.

Out of a family tragedy, Dann has created a book to help others live. But the most incisive lessons come from Dann's son. "How come Grandpa got to be 94 and Dad was only 50?" the child asks, before responding to his own question: "I think sometimes God runs out of numbers."

Diane Cole is author of the memoir After Great Pain: A New Life Emerges and a contributing editor for U.S. News & World Report. 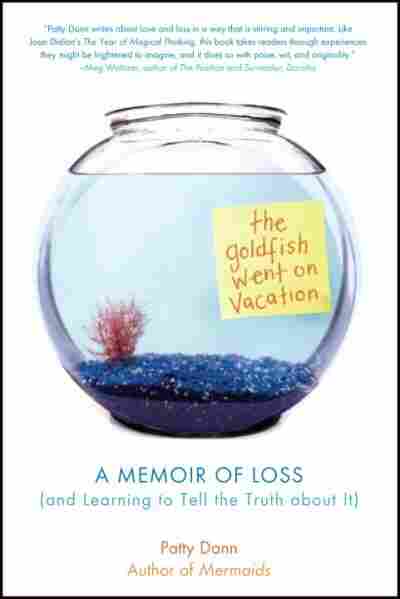 The Goldfish Went on Vacation