Director Guillermo del Toro's film, Pan's Labyrinth, is up for six Academy Awards this year, in categories including original screenplay and foreign language film. Del Toro, who grew up in Mexico, wrote and directed the film. 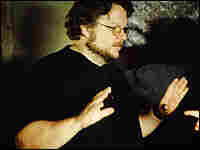