Accessibility links
7019560 An estimated 200,000 people were killed in Guatemala's decades-long civil war, and an additional 100,000 "disappeared." One group of forensic anthropologists is using technology to help the country come to terms with its past. 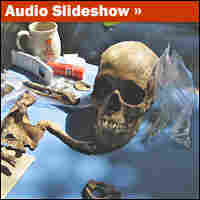 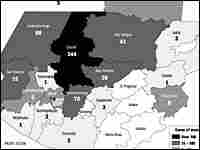 Cases of massacres in each departamento, or state, of Guatemala are mapped out in this graphic. The Historical Clarification Commission hide caption 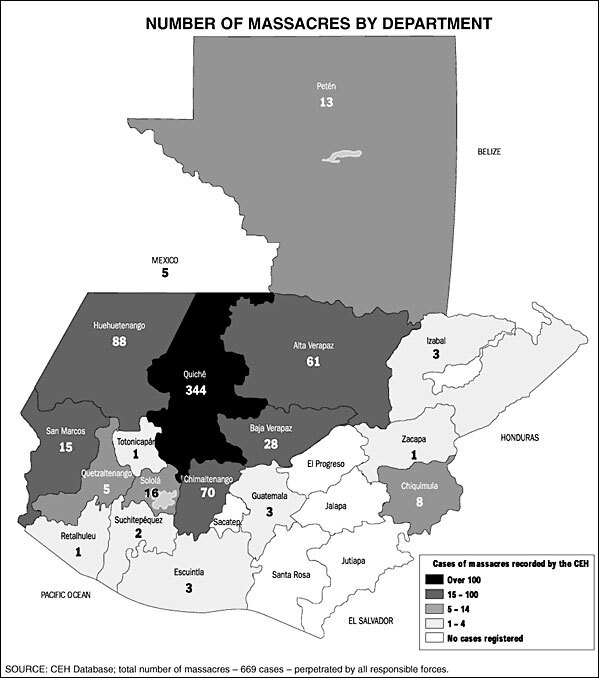 Cases of massacres in each departamento, or state, of Guatemala are mapped out in this graphic.

The Guatemalan military signed peace accords with guerrilla groups 10 years ago, but many survivors are still searching for the remains of their loved ones.

One group of forensic anthropologists is using technology to help the country come to terms with its past. For 12 years, the Forensic Anthropology Foundation of Guatemala (FAFG) has been exhuming clandestine graves that hold victims killed in political massacres.

Most of the people killed in Guatemala's 36-year civil war were indigenous. The army's scorched-earth policy sometimes leveled entire villages.

In traditional Mayan culture, the dead and the living are believed to be in constant communication. For many thousands of Mayan people in Guatemala, however, their dead have never been able to rest. Neither have the relatives they left behind.

Now, archaeologists and anthropologists with the FAFG work to identify the human remains, record evidence for possible trials, and return the dead home for reburial.

The information does not come solely from human remains. The FAFG needs information from surviving family members, but obtaining their testimony can be challenging. In the 1980s, the Guatemalan army conscripted Mayan peasants to act as enforcers in their own villages, and one FAFG worker says people have been afraid to talk.

While there are efforts to bring those accused of genocide to trial, for many surviving relatives, a decent burial of their loved one is the goal.