Accessibility links
Norah Jones Back with 'Not Too Late' On Not Too Late, Jones and her band — including her boyfriend and a woman she met at band camp at age 15 — craft a pleasant and accessible mix of ballads, jazz and country-tinged pop songs.

Listen
Norah Jones Back with 'Not Too Late'

Jones on Branching Out from Jazz

Jones on Taking Time off Between CDs

Music from 'Not Too Late' 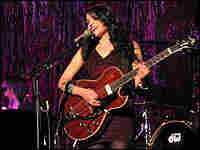 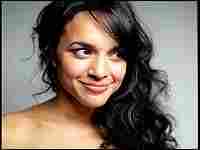 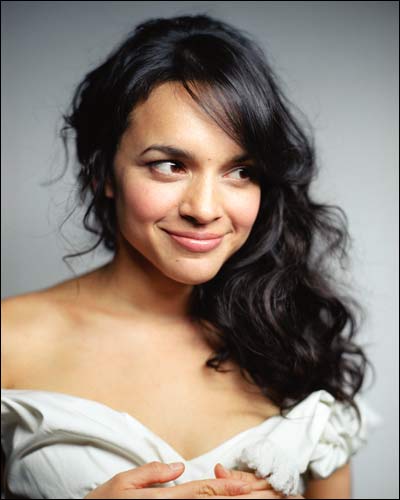 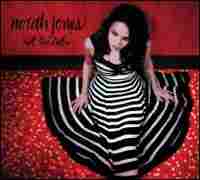 When Norah Jones was in her teens, all she wanted to do was to make music. At 22, her debut album, 2002's Come Away with Me, sold millions and won eight Grammys. Her next CD, Feels Like Home, entered the Billboard charts at No. 1 in early 2004. Now, the pop singer, songwriter and pianist is releasing her third album, Not Too Late, and it's a pleasant and accessible mix of ballads, jazz and country-tinged pop songs. NPR Special Correspondent Susan Stamberg met Jones in Manhattan as the singer prepared for a private concert for family and friends.

"Don't Know Why" is the song that launched Jones, and her soft, gentle voice and intimate piano playing practically massage the melody. Written by Jesse Harris, it's a song you always thought you knew, and it got onto her first album almost as a fluke. With this accidental hit, and a second hit album, Jones — whom Rolling Stone once dubbed "the accidental superstar" — received all sorts of musical opportunities, including the chance to sing a duet with one of her heroes: Ray Charles.

Two years ago, after the hits and international touring, Jones decided to take a break, stay home for a while, hang out with friends and not be a superstar. The break also gave her the chance to spend more downtime with her longtime boyfriend: Lee Alexander, who doubles as her bass player and collaborator.

Finally, Jones grew ready to make a new album. For the first time, she wrote or co-wrote all of its songs, and recorded them in her home studio whenever she and Alexander and the rest of her band felt like making music. The result is a collection of musical accidents and sometimes-mellow intentionals, with Jones and her supporting players — who include her boyfriend and a woman she met at band camp when she was 15 — all making personal music together.

Watch a Video of 'Thinking About You'
Norah Jones' Site