Accessibility links
Listening Shows Me the Way Wade Rathke's life is centered on taking action: organizing people into unions and advocacy groups. But he believes that one of his most valuable skills is decidedly less action-oriented: listening.

Listen
Listening Shows Me the Way 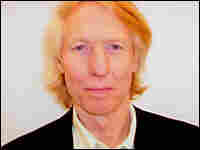 Wade Rathke has been an activist and organizer for more than 35 years. He founded ACORN, a national network of social justice groups representing low and middle-income people. He also helped unionize hotel workers in New Orleans, where he now lives. Courtesy of ACORN hide caption

I believe in listening, even if that's not the typical image of an organizer. Movies provide the scenes: The organizer climbs on the soapbox to make the speech that turns the crowd, calls the strike and galvanizes the community into action. I've done all that, but none of that is the heart of organizing — at least to me.

But I found out quickly that if I listened — really listened — to what people were telling me about their lives and their problems, then I did know something. I knew what they knew.

Any morning of the week, for the price of a cup of coffee, Max Allison held court at the Walgreen's on Main Street in Little Rock. Allison, the political wizard behind a dozen Arkansas politicians, would lecture me on what he called "the equation" — how politics really worked. I listened. On long phone calls late at night, Mamie Ruth Williams taught me everything she had learned about dealing with the press from the 1957 school desegregation fights. I listened.

The more people talked and the more I listened, it became almost inevitable, maybe even irresistible, for us to organize and do something effective. I was just a young kid filled with rage, fear and passion who wanted to make a difference, who wanted to be part of the sweeping changes all around me. Thirty-five years later, this is still how I feel.

When Hurricane Katrina happened, none of us knew up from down. We worried that New Orleans had become a biohazard zone, that houses would have to be demolished, and that it would be irresponsible to help people to return. I was at a loss about what to do, how to organize.

So I listened hard to our members who were dislocated and relocated. Long-time ACORN leader Paul Fernandez was fighting to prevent foreclosure on his flooded home in the Lower Ninth Ward. He taught me that protecting that right, the right to return, was what our organization's role should be. I had been lost, but listening showed me the way.

Listening is good for everyone. When people have to explain something to me, it helps them understand their own needs better. We can decide together what needs to be done, and then take action. Listening strengthens all of our beliefs.