Accessibility links
A Guitar-Rock Great Gets Reissued and Revisited When Richard Lloyd's long-unavailable Field of Fire returns to shelves, it'll be as a two-disc "deluxe" edition, with one disc a remastered version of the original and the other a radically different "revisitation," with songs in a different sequence and two bonus tracks.

A Guitar-Rock Great Gets Reissued and Revisited

A Guitar-Rock Great Gets Reissued and Revisited 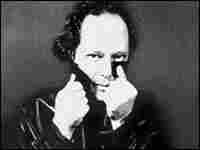 How do the old and new variations compare? Should Lloyd have left well enough alone, or did he fix the flaws that held Field of Fire back? 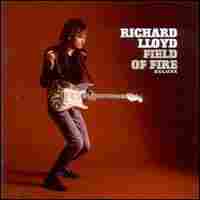 Lots of compromises go into making records. Sometimes artists find themselves saying "yes" to ideas, large and small, that they later regret. Field of Fire, the second solo album from Television guitarist Richard Lloyd, illustrates this point. Lloyd recorded Field of Fire in Sweden in 1985, with a band of hired-gun local musicians who worshipped the twin-guitar frenzy Lloyd and Tom Verlaine perfected in the groundbreaking '70s art-punk band Television. Though the musicians captured the bellowing, anthemic bent of Lloyd's tunes — and critics raved when the album finally saw release in the U.S. in 1987 — the guitarist was never totally happy with the final product.

Consequently, when Lloyd regained the rights to Field of Fire in 2005, he booked studio time intending to clean up a few flaws that troubled him. Then, after he got started, he heard more things that could be overhauled. He took out the thick keyboards — so often a telltale sign of the '80s — and replaced them with supplemental rhythm guitars. He re-cut his vocals, often avoiding the heavily processed echoes and reverb that were in fashion at the time. By the time he was finished tweaking, Lloyd had pretty much built a new house around an existing frame.

The result is a curious document: When the long-unavailable Field of Fire returns on Feb. 6, it'll be as a two-disc "deluxe" edition, with one disc a straight-up remastered version of the original and the other a radically different "revisitation," with songs in a different sequence residing alongside two bonus tracks.

Both are worth hearing — though those who know every careening pitch-bend Lloyd played on the original may find the cleaned-up "Watch Yourself" (audio) slightly lacking in the menace department. Likewise, the Springsteenian stomp of "Keep On Dancin'" (audio) sounds powered by little more than headstrong energy in 1987. When "revisited," several decades later, it feels less immediate and more like an academic exercise. Other songs, like the new-wave-ish "Soldier Blue," thrive in both their original form (audio) and as reinventions (audio).

This twinned Field of Fire belongs to a tradition of revisionism in rock 'n' roll, which includes Thin Lizzy's not-entirely live Live and Dangerous and Alanis Morissette's acoustic reworking of Jagged Little Pill. Like those talents and many others, Lloyd deserves the chance to tweak his music and bring it closer to what he heard in his head all those years ago. And, at the same time, those who loved and have missed the original deserve to encounter it as they remember it. Give this veteran of the rock trenches — who remains woefully under-appreciated as a guitarist — credit for understanding that, and offering both the tried-and-true and the new-and-improved.